Isabelle Daza praised for her Instagram video about phone usage 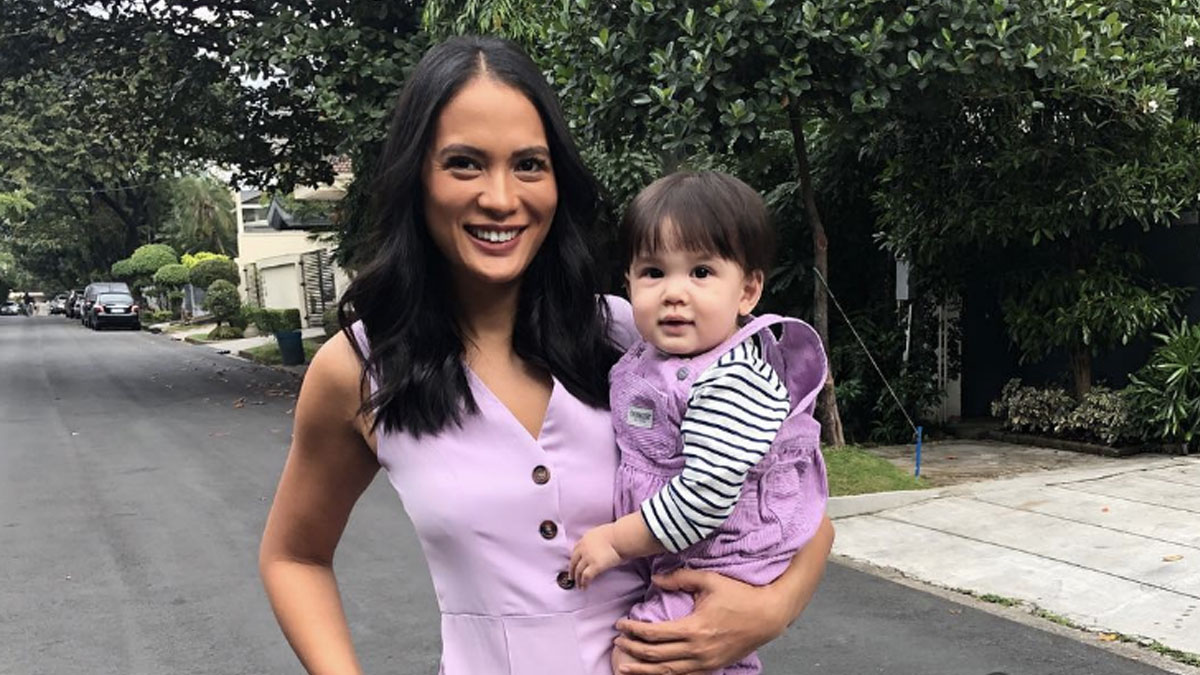 Are you the type of mom who loves taking photos and videos of your baby?

Isabelle Daza is gulity of this.

In a short video which the Kapamilya actress posted on Instagram on March 27, she gave her followers a gist of what her day is like with son Baltie.

Right after greeting him with a smile and saying “Hi,” she added, “Smile for Mama.”

When they did their morning walk, she took photos again.

At 11 a.m., Belle joined Baltie in school, and documented his activities in class.

When they had lunch at around 12:30 p.m., the wife of Adrien Semblat could not stop herself from taking photos.

During Baltie’s playtime, she assured him, “Mom’s gonna be here,” but she was actually using her phone.

The same thing happened when they went to the park.

Are you like Belle who spends a lot of time with her phone?

The daughter of Gloria Diaz then revealed that she has an average of 136 phone pick-ups and an average screen time of 6 hours and 53 minutes.

One of her hashtags read #NotAnAd.

Her caption highlighted the importance of having less phone usage and more quality time with Baltie.

She wrote, “Created this video as a reminder to myself to be present and that not everything has to be recorded. I realized that there are times I chose to be on my phone rather than spend quality time with my son; I underestimate the amount of times he sees my phone and not my actual face. Trying to be better and lessen my average phone usage ????#MomGuiltisREAL #NotAnAd”

The post has so far generated more than 404,000 views and more than 1,200 comments—most of which were complimenting the post’s relevant and relatable message.

Arthur Burnand, Georgina Wilson’s husband, commented, “Can you do a husbands’ version too!?”

Meanwhile, Liz Uy instantly got the message, “Putting my phone down.”

Lastly, it earned thumbs up from Mommy Gloria, who also lauded Belle.

“Haha belle yes yes yes but u are a good mom.”