Paolo Paraiso gives a peek into his life as a dad 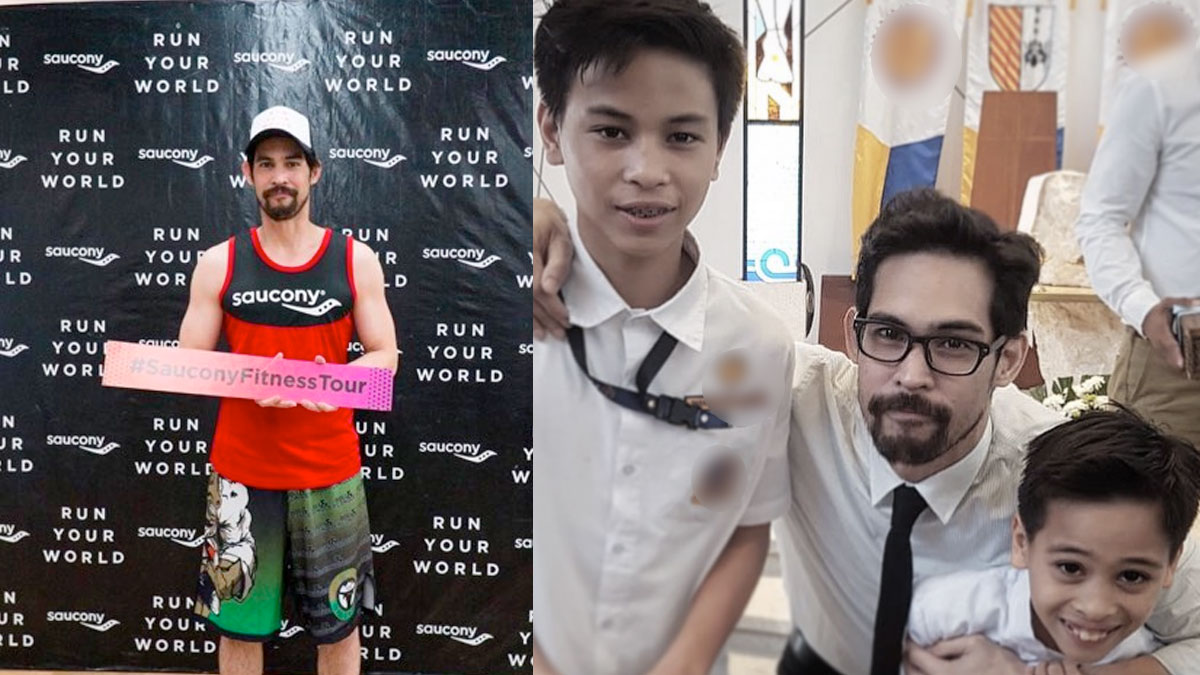 (L) Paolo Paraiso tt the Saucony Fitness Tour, which will take place every Saturday this April at the Victoria Sports Center. It is open to public. (R) Paolo with his sons Tomas and Lucas
PHOTO/S: courtesy of Saucony Philippines; @paoloparaiso on Instagram

Among Paolo Paraiso's staples in life are his two sons with Mylene Dizon.

"They’re growing so fast," he told PEP.ph (Philippine Entertainment Portal) while warming up for the training session with Erwin Tagle, the coach in charge of facilitating the first Saucony Fitness Tour in Quezon City.

"Before we know it, mas matangkad na sila sa akin," he grinned.

Paolo's latest Instagram post actually showed him doing a "height check" with Tomas before "he hits his growth spurt."

How is it being a dad to two boys?

Do they already have crushes?

Workout is another staple in Paolo's life.

What is his fitness goal? Is he trying to maintain a certain weight?

"Actually, sa akin, it’s not about the weight or the aesthetics. I train kasi gusto ko may mangyaring performance. Every month, may goal ako na parang I want to get stronger, I want to get faster—for endurance.

How about his diet?

Aside from being a dad and a fitness junkie, Paolo is also busy with his movie projects.

"And we have another one coming out, it’s called Kontradiksyon, kasama si Jake Cuenca, Kris Bernal, Katrina Halili.

But running restaurants is his "day job."

Paolo continued, "Yung Mimi & Bros in BGC [Bonifacio Global City] and then Dillingers in Greenbelt 3. So, yun talaga yung pinagkakaabalahan ko then on the side, yung pag-aartista."

How about love life?