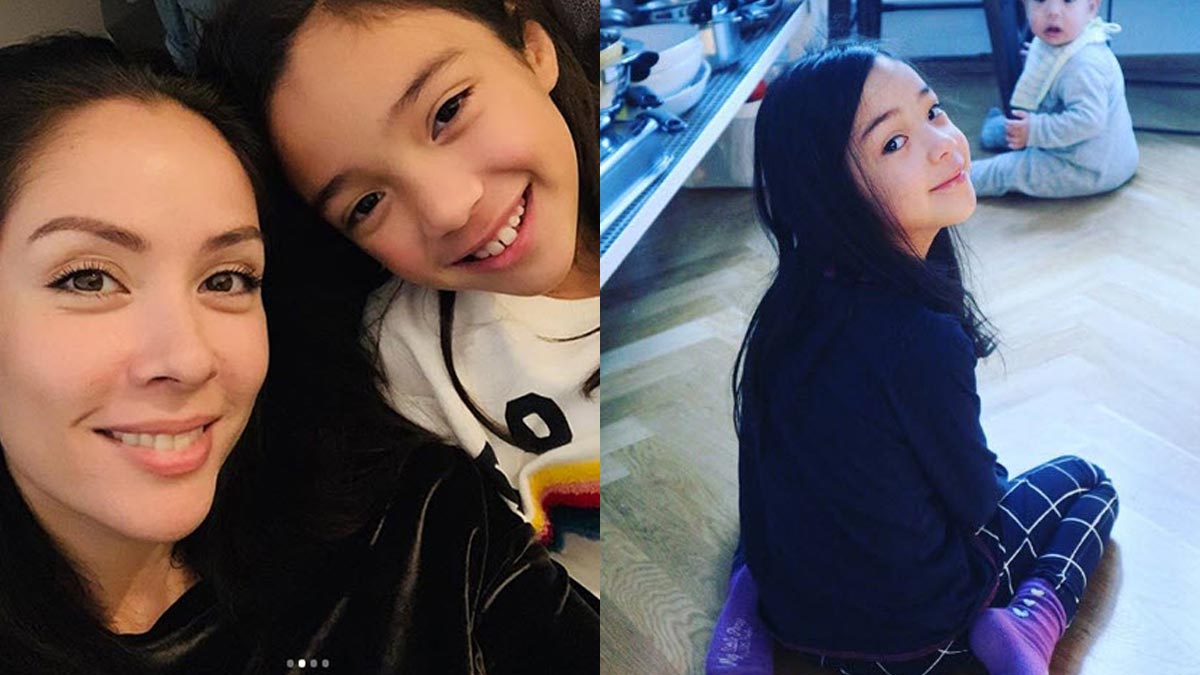 Beauty, according to Cindy Kurleto, shines best when you feel complete.

Talking to PEP.ph (Philippine Entertainment Portal) last March, she said of people in general, "They might be physically attractive, they might have all the physical attributes, but because of their own worry or their own stress of their own life you can sense...

"They don't look buo, balanced, in their appearance if something is off.

"They won't look as pretty or as handsome to you as they could...

"The inside talaga that makes a person beautiful... If you can share happiness, you will become pretty in other person's eyes."

So when Cindy and her family lived in a country where her daughter Noa's Pinay features would stand out, the two had a girl talk.

"She's only eight at that time... I sat down with my daughter. Together, we wrote down things that make a person beautiful, but don't mention the physical appearance," the former actress recounted to PEP.ph.

"Mention everything else that makes everyone beautiful—confidence, clarity of mind, content...

"The reason we did that is because she is in a country where everyone else is blonde and blue-eyed, and she stands out different.

"I wanted to talk to her that appearance is secondary. It's important how you feel about yourself, how you believe in yourself, and how content you are with the life that you chose."

HOW TO TREAT YOURSELF

As a parent, Cindy thinks schools should teach children more about mindfulness, especially in terms of taking care of the self.

"It should be common knowledge that the power of your mind talaga makes you either healthy or unhealthy," she underlined.

"The drama in reality is all just noise... If you're gonna let anything stress you, you can get unhealthy.

"You don't want to do that to yourself, and I think it comes from experience that you know that...

"It is empowering to know that your thoughts have that power.

"Again, that's your arsenal—the healthy eating, the healthy exercise, your supplements, your food and your brain food, what you feed your mind."

"Believe me, other people don't care so much about you like you've imagined they do, you know?

"The way you talk to yourself in your own mind has a lot to do with how you feel and how you project outwards."

Cindy suggested that the best way to talk to yourself was to do so like you would converse with a child—with kindness.

She said, "When I had my children, I realized that the tone I have with my daughters when they do something wrong, you know, 'That's okay, don't worry.'

"If they spill something, 'Don't worry, it's quickly fixed.'

"But if I spill something on me, I would you know be hard on myself... Talk to your own insecurities like you would talk to your child.

"That's the tone that you should have with yourself. I believe that strongly."

Cindy has a second daughter named Lima. She is three years old.