How the Japanese get kids emergency ready for any disaster 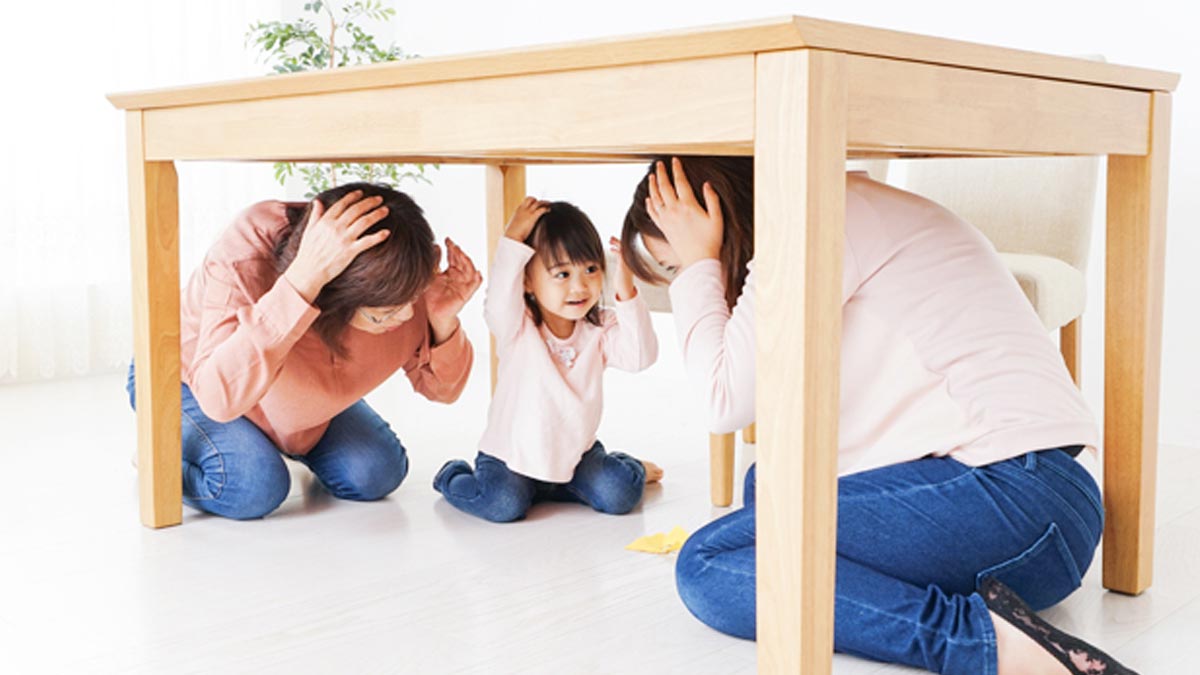 As of this writing, four notable earthquakes have rocked various parts of the country since Monday, April 22, 2019, according to multiple news reports.

The first was a magnitude 6.1 earthquake that was felt at various intensities in different parts of Luzon.

The second was a magnitude 6.5 earthquake that struck parts of the Visayas on April 23, and the last two were slightly weaker tremors—a 4.7 magnitude quake, which hit Mindanao, specifically Davao Oriental, from beneath the sea, and a 4.5 magnitude quake that again hit Luzon on April 24.

These consecutive earthquakes show that we need to take earthquake preparedness seriously, and we need our kids to be ready when disaster strikes.

But how do we teach our kids what to do in case of an emergency without scaring them?

How the Japanese prepare their kids for an emergency

In Japan, where 2,000 earthquakes that people can feel occur each year, according to Reuters, disaster prevention training happens annually, and believe it or not, the country has found ways to make it a fun learning experience for the kids.

Called "Iza! Kaeru Caravan," which roughly translates to "Crisis! Frog Caravan," the training features drills that teach kids what to do in case of an earthquake, using various images of frogs as the theme.

The "disaster prevention production event," which was created by artist Hiroshi Fuji in 2005, has been held nationwide in cooperation with various organizations.

What are the activities?

Here are three that show you how the Japanese prep their kids to handle emergencies.

When a major earthquake strikes, it may cause damage to infrastructure and start a fire. When this happens, Japanese kids must learn how to put out a fire out using available materials.

One of the games in the caravan involves aiming at spinning toy frogs with water-based fire extinguishers and trying to flip the targets over. There's also a bucket relay where kids pass containers and buckets to each other, ensuring that just the right amount of water is placed inside. The last is extinguishing a fire by aiming a bucket at the target.

Japanese parents teach their kids to prioritize safety (how to "duck, cover, and hold" and get to an open space once the shaking stops), but they also teach their kids how to help others who are in trouble.

In the Kaeru Caravan, kids are taught how to use a jack to hold up heavy objects like a chest of drawers that falls over in a quake and rescue a person (in this case a frog-doll) who gets stuck underneath.

Kids are taught how to make a stretcher out of blankets, put the frog in the makeshift cot, and carry him out of danger.

Blankets are utilized because based on previous real-life earthquake situations, rescuers won’t always have enough stretchers and other materials need to be used to carry out more rescues.

Learning how to give first-aid treatment is also a must. The kids are taught how to call for help and how to handle common emergencies like treating cuts and wounds, burns, nose bleeds, sprains, and broken bones.

3. Learn how to solve a problem

The Kaeru Caravan came up with various board and card games that teach kids how to problem-solve various troubles they face during a crisis. They also do puppet play and read-aloud picture books that talk about preparing for an earthquake.

In the Philippines, there is a book called Handa Ako! which teaches your kids what to do in case of a typhoon, earthquake, volcano eruption, or fire. There are pages in the book where you can create emergency plans, packing lists, and fill out contact numbers of services like police and fire stations and hospitals.

There are also apps that can help you introduce your little ones to natural disasters.

Try the game Little Panda Earthquake Safety, which shows four real-life scenarios and instructions on how to stay safe when an earthquake happens. There are also tests that will help kids master earthquake safety tips.

Similar games from the developer include Baby Panda Home Safety, Baby Panda Child Safety, and Little Panda Travel Safety. All are available from the Google Play Store and App Store.

No matter what your child’s age is, it is crucial that he/she has a basic understanding of disaster preparedness.

This will keep them calm in the face of a disaster, give them courage and presence of mind to remember what they need to do and be able to cope with any situation.