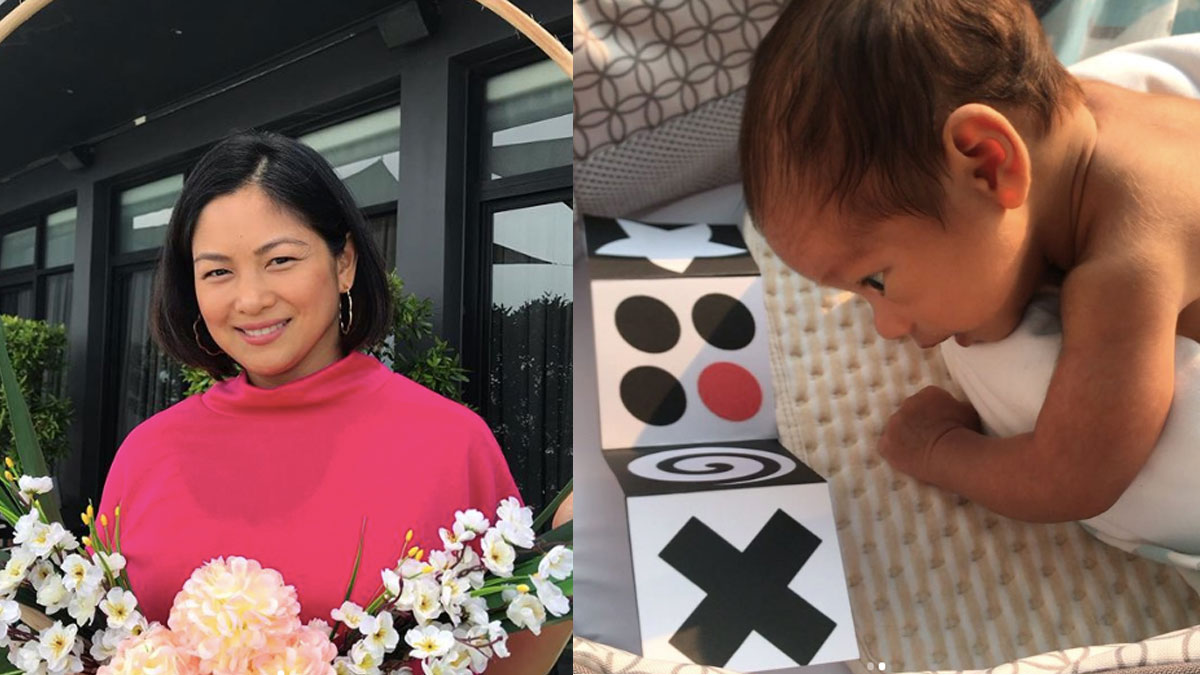 According to AskDrSears.com, a newborn can only detect "large contrasts between light and dark, or black and white," and visual stimulation can help the baby develop his/her vision.

The former beauty queen downloaded the patterns from the Internet.

"I'm starting Elijah on Homeschooling this early. Yup! I recently read an article that starting out kid’s education early in life prepares them for formal schooling later on. So thrilled that Elijah enjoyed 7 minutes of tummy time this morning while sunning and looking at his black, white and red art cards. Yes, multi-tasking this morning.

"At 10 Weeks 6 Days, he can only see black white and red colors, so I found these patterns on the Internet, printed them out in card paper, cut them up, folded and voila! I have newborn visual stimulation art cards!

"(See more tummy time ideas in my stories and Elijah 3 highlights). . I also placed some of them by his diaper changing station and along the edges of his crib. Will be placing them in different parts of the house where we hang out."

Meanwhile, Miriam was happy because her son has grown taller and heavier.

The 43-year-old exclaimed, "His face is rounder and his limbs have filled up...We have also graduated from small size preemie clothes to medium size now, close to newborn size."

The 43-year-old said it was "pure breast milk! no formula or pampagana whatsoever!"

She added, "We also do skin to skin, give him baby massage and lots of cuddles."