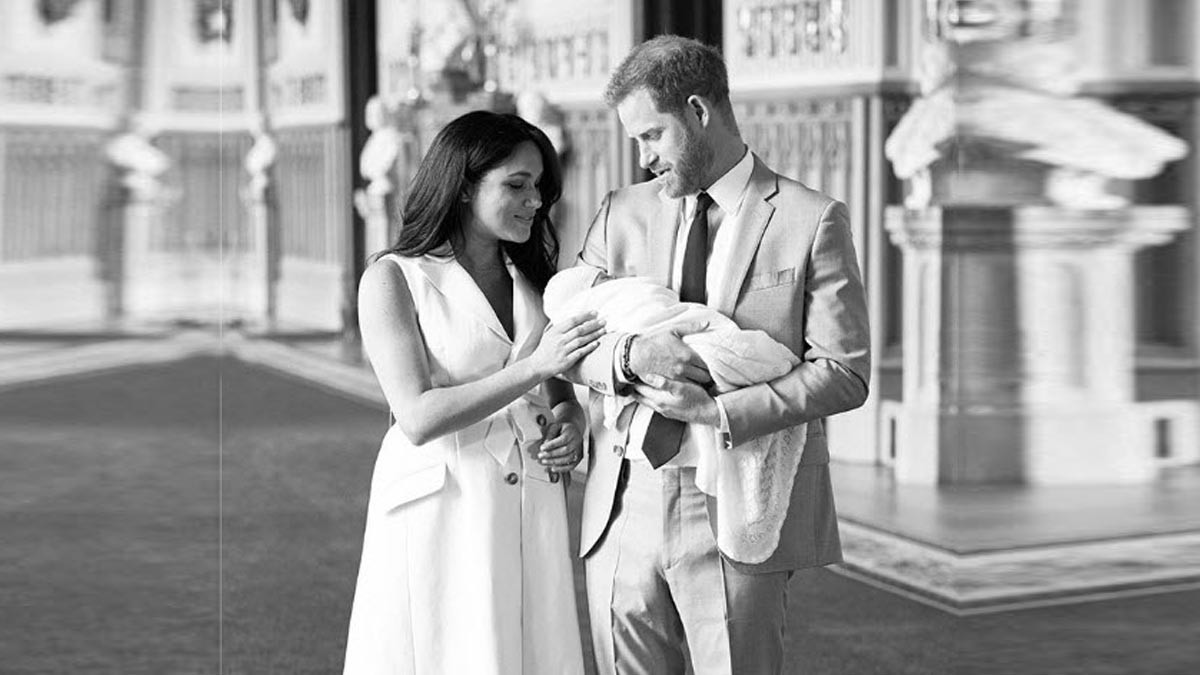 Two days after welcoming their son, Prince Harry and Meghan Markle share their first public moment as a family to the press.

It took place at the grounds of Windsor Castle, with Prince Harry carrying their newborn son.

Their official photos were captioned: "Today The Duke and Duchess of Sussex are delighted to share their first public moment as a family.

"They are so incredibly grateful for the warm wishes and support they've received from everyone around the world, since welcoming their son two days ago."

Later in the afternoon, the royal couple introduced their son to his grandparents: Her Majesty Queen Elizabeth II, Duke of Edinburgh Prince Philip, and Meghan's mother Doria Ragland.

In the caption, the royal baby's name was announced: Archie Harrison Mountbatten-Windsor.

Mountbatten-Windsor is the surname of Archie's royal grandparents.

BBC News described the name Archie Harrison as a "surprise choice" as both names are "totally new for the Royal Family."

In the past, members of the Royal Family traditionally have more than two names and honor prominent British royal figures before them.

With Prince Harry and Meghan's son, the name is said to be "unique" because it mixes British and American names together.

As Joe Little, managing editor of Majesty royal magazine, told BBC News, "Archie has a British feel to it, whereas Harrison is more of an American name. The first Harrison that springs to mind is Harrison Ford."

But major publications noted that Harrison is a "fitting" choice as it means "son of Harry."

CNN correspondent Max Foster said, "Instead of a traditional royal name, they chose a name they loved.

"What they are very much doing is reflecting their generation.

But this wasn't the first instance that a member of the Royal Family was given an unconventional royal name.

Another conscious choice that Prince Harry and Meghan Markle made for their son Archie Harrison is not to give him a courtesy title.

Prince Harry's son could have also been given the title "Earl of Dumbarton," one of the subsdiary titles of Prince Harry, but it will not be used.