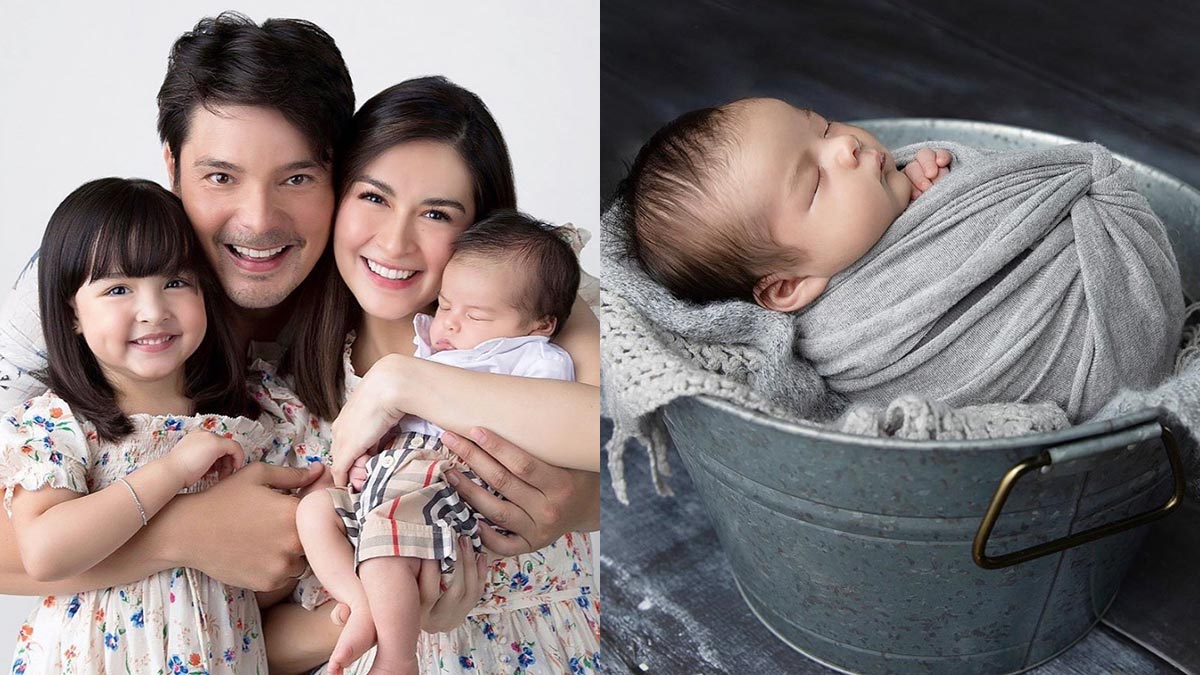 Dingdong Dantes and Marian Rivera, along with their eldest child Zia, is celebrating Baby Ziggy's first month. Dingdong wrote a touching message for his baby boy on Instagram: "One day you’ll hone it and make it your own unique talent and characteristic — even far better than your forefathers."
PHOTO/S: @marianrivera on Instagram / Stork Studio

Marian and Dingdong often refer to their baby boy as Baby Ziggy or Baby Sixto.

Early today, May 16, Dingdong posted another adorable photo of Baby Ziggy shot during a recent photoshoot with Stork Studio.

In the photo, the baby boy looked comfortable sleeping while on the saddle of one of Dingdong's Ducati motorbikes.

Dingdong accompanied the photo with a touching letter to his bunso.

He wrote, "You seem pretty comfortable on that saddle, huh?

Dingdong also considered the thought of letting his son ride his motorbike one day, or even give it to him later as a gift as he comes of age.

However, one thing Dingdong really wants to give his son as he grows up is "the ability to value people and relationships."

Dingdong narrated, "Alright, okay, yes, maybe one day you can ride it and even own it.

"But that’s really not what i want you to have.

"Material things get old, expire and tear down.

"I would also never give that as a gift because as beautiful as it may appear, it has no value to me.

"It is just a material thing.

"What i want you to have and what i will continue to give you is the ability to value people and relationships.

"One day you’ll hone it and make it your own unique talent and characteristic — even far better than your forefathers."

Towards the end of the post, the 38-year-old Kapuso Dad said he will eventually allow his son to ride the motorcycle if his mom allows him.

He wrote, "But if you’ll seriously want to ride, i’ll make sure i am healthy enough to teach you a thing or two.

"That is, if your Mother would even allow it. Happy first month, son. #SIXTO"

Marian, on the other hand, uploaded an adorable photo of Baby Ziggy in a bucket.

On their own Instagram account, Stork Studio thanked Marian and Dingdong for giving them the opportunity to do Baby Ziggy's first newborn photoshoot.

According to their website, Stork Studio is "Manila’s Premier Baby and Family Photography Studio," founded by Sofia Genato and Cristina Henson-Ngkaion.

"This is the photo I’ve been dreaming of doing since I started shooting newborns years ago.

"Thank you @dongdantes for making this dream come true!

"thank you @marianrivera for making this happen!

"Please note that this photo was done with the baby being safe and held at all times and never left alone.

"We take baby safety seriously at @storkstudio and would never compromise on that.

"We are the founding member of #pnbpp which is the Professional Newborn and Baby Photographers of the Philippines."