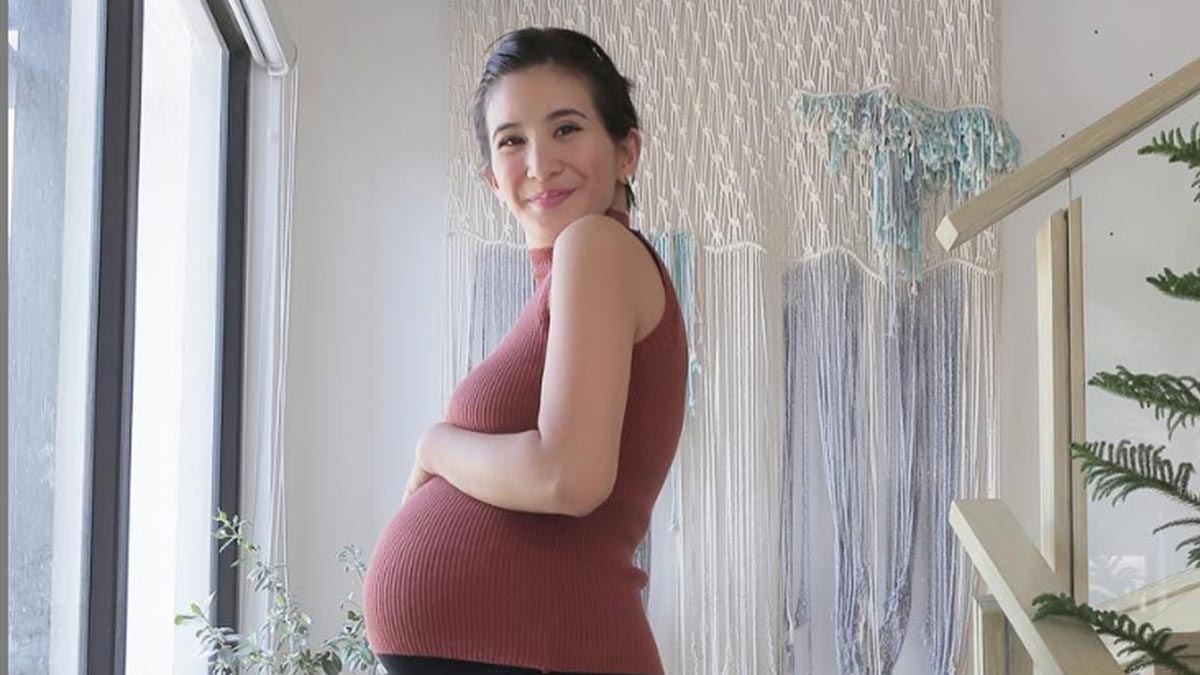 Rica Peralejo and husband Joseph Bonifacio revealed that they are expecting a baby boy through a vlog they posted on YouTube early today, May 16.
PHOTO/S: @ricaperalejo on Instagram

Rica Peralejo will be having a baby boy.

She and her husband Joseph Bonifacio revealed the gender of their second baby through a vlog posted on YouTube early today, May 16.

The couple asked the people close to them to send a video of their guesses.

A total of 17 friends, family members, and fans said that Rica will be giving birth to a baby boy, while 12 people wished for a baby girl.

In the description box of the video, Rica wrote, "So we had no plans to do a gender reveal since there was none of this five years ago, when I first became a mommy!

"But people kept asking us that we ended up asking for their guesses and theories before giving them the actual answer.

"Included the videos of our friends and some IG followers on the vlog and it turned out to be hilarious!:joy::joy::joy:

"Hope you enjoy watching the entires as much as we do!

"Also, BIG THANKS to Incy Rooms for styling our house on the day that the Little Heartbeat Photography Team came over to take pictures of our growing family!"

Toward the latter part of the video, Rica and Joseph shared their thoughts about their baby's gender.

The 38-year-old celebrity mom admitted that she wanted to have a baby girl.

"I actually wanted a girl, not for myself, but for him [my husband]. Kasi they're all boys in the family.

"They're all brothers, so they never had an experience like having a sister or just really taking care of a little girl."

If they were blessed with a baby girl, her husband would probably never resist her charm.

The couple also shared how they learned about the gender of their baby during one of her check-ups on her 14th or 15th week of pregnancy.

She narrated, "The first thing that entered my mind was sabi niya, 'Boy!'

"Because I was thinking, if this baby is already a girl, 'Oy, okay na! I already have a boy and a girl.'

"Yung typical na mindset. But apparently, God has it for us to have two boys for now."

But before Philip, their eldest child, was born, Rica then wanted to have three sons.

"And actually, way back, even before Philip, I would always say to everyone that I wanted three boys.

"So, I just wanted a girl this time, just because sabi ko, ang hirap magbuntis."

The Kapamilya actress-host continued, "But actually, to know that this is a boy is actually a fulfillment of my original dream.

"And, you know, I'm open to having another boy next time."

Rica ended the vlog by thanking everyone who wished them well.

She said, "Thanks again for cheering us on and being with us on this journey."

Rica and Joseph are now on their ninth year as husband and wife.

The couple announced that they are expecting another baby last January through a vlog.