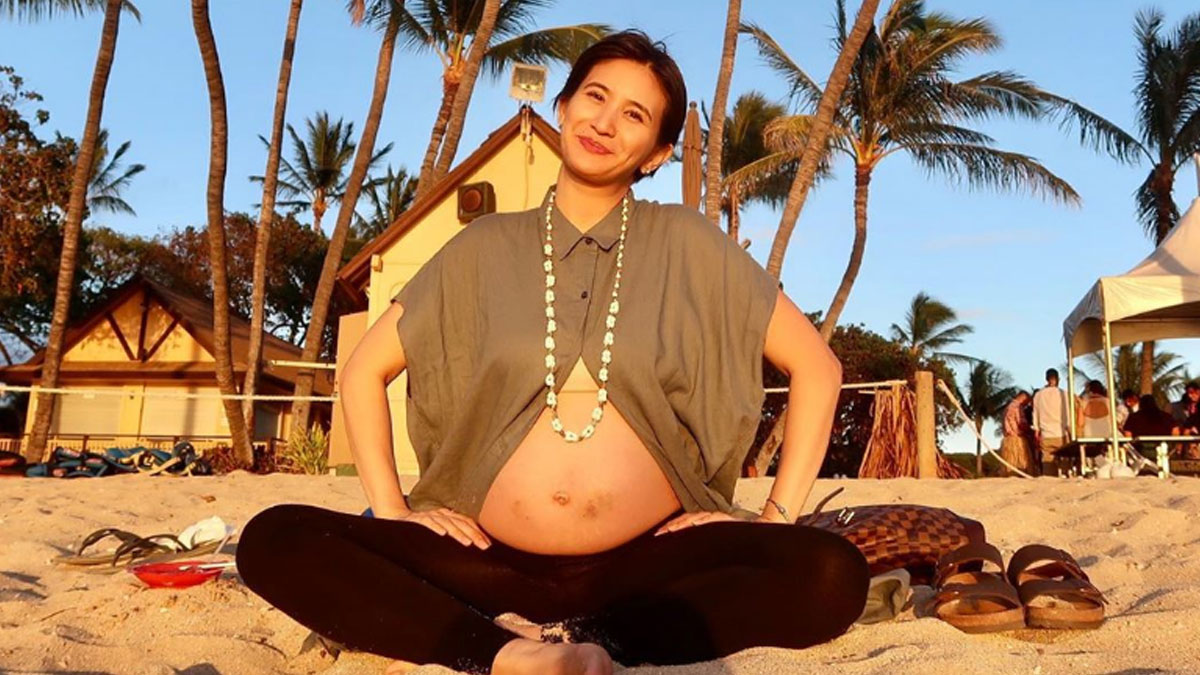 Rica Peralejo, who is 36 weeks pregnant, has no qualms showing her tummy ridden with stretchmarks, veins, and bruises.
PHOTO/S: @ricaperalejo on Instagram

Pregnant Rica Peralejo's Instagram feed has been dominated by photos and videos of her bare tummy.

Since the 38-year-old celebrity announced her pregnancy on January 22, 2019, there have been a total of nine posts—most of which captured the baby’s movements.

It also showed her stretchmarks, veins, and bruises from Innohep injections, which manage blood from thickening and clotting.

Rica's condition "is quite near to some markers" of APAS, which occurs when the body makes antibodies that mistakenly attack phospholipids, a type of fat found in the blood. This then causes blood clots to form in veins and arteries, which can lead to numerous problems and complications.

Now 36 weeks pregnant, Rica likes taking videos of her baby while "kicking strong" inside her tummy.

The celebrity mom added, "Sometimes I wake up, like seriously, cause I feel like someone punched me from inside,” but she didn’t mind the discomfort at all."

On her 34th week, she posted a video, which made her think, "…I might have two inside because of this baby’s moves."

Rica also said sorry for flaunting her "tummy that is ridden with marks."

But her followers assured her that they are totally fine with it, and see beyond the imperfections.

One wrote, "Don't say sorry for your marks, those are amazing marks that I've been praying so hard to have. I am 33, been dreaming to have one since 24."

The former actress replied, "was just saying sorry bec it might be too much tummy post on my feed! Sensitive lang at baka maover sila sa tiyan ko. God bless you with the desires of your heart!"

Another netizen said, "Don't be shy showing your belly #reality, as this is what really it looks like, why bother as the most important human being is inside 'playing' .. God's gracious miracle."

Rica’s answer was, "not shy — just sensitive to people cause they might find too many belly posts maumay na sila."