Michelle Dee not worried by comparison to her mom Melanie Marquez 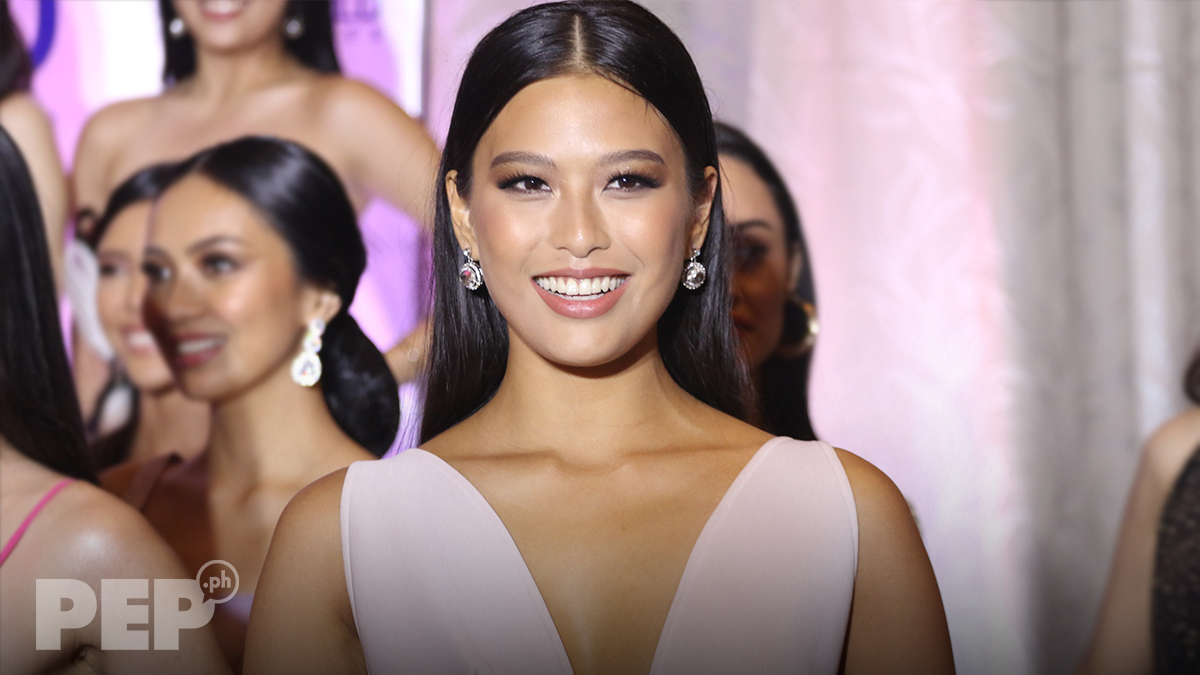 Michelle Dee describes her mom Melanie Marquez as neither a "terror" nor "too lenient."
PHOTO/S: Noel Orsal

Last Sunday, August 4, Michelle was named one of the top 40 candidates of the beauty pageant along with two other GMA-7 stars, Isabelle de Leon and Kelley Day.

In an interview after the announcement, PEP.ph (Philippine Entertainment Portal) asked Michelle about her mom's reaction.

She narrated, "She knows naman na I wouldn’t have joined if I don't feel confident. So the fact na I signed up and applied, it already gave her a sign na, 'Okay, my daughter is ready.'"

Michelle said she has been planning for years to join a beauty pageant, but she had to wait for the right time.

The Kapuso talent told PEP.ph, "The reason why I didn’t join up until now... I did tell everyone that I don’t wanna join until I feel like I’m ready a hundred percent.

"If I wasn’t ready then I wouldn’t be joining. Now, I really feel like it’s my time to try it out."

Since 2016, local pageant fans have been anticipating that Michelle would follow in the footsteps of her mom by joining a national beauty pageant.

Now that Michelle is vying for Miss World Philippines title, how does she handle the pressure?

She said, "Obviously, the pressure has always been there, but like I said, I don’t take it negatively.

"Because when I feel pressure, when people are expecting things from me, that’s what really pushes me to do my best.

"I take whatever constructive criticism I can take in order to improve."

MELANIE MARQUEZ AS A MOM

Talking about Melanie, Michelle described her mom as her backer through and through.

She said, "She was within her boundaries naman. I wouldn’t say she was terror or she was too lenient.

"Honestly, looking back, she was nothing but support for whatever endeavor I chose to do.

"It was only recently when I started planting the idea of pageantry because it was never really part of my plan growing up."

Michelle added, "So honestly, if I have to choose a different mom, I wouldn’t."

The 23-year-old model/actress also said her mom gives her some tips now and then, but most of the time, she does her own thing.

Michelle shared, "As much as possible, she doesn't want to get too involved.

"She'll polish my walk, she’ll polish everything. But for now, she wants to be in the background giving me tips."

Being compared to her mom does not seem to worry Michelle.

She explained, "It’s inevitable to be compared to your parents and most of the feedback I’ve been getting haven’t been bad.

"So I just take whatever comments they have, whatever criticisms they have if meron man, and just construct in a way that will help me."

Michelle is grateful as well for the support she receives from her beauty-queen friends, among them Reina HispanoAmericana 2017 Teresita Ssen Marquez, who is also her cousin, and Miss Eco Philippines 2017 Thia Thomalla.

She said, "They all give me advice. They all try to boost my confidence, to believe in myself.

"So I’m really thankful for them...they just told me to have fun and enjoy the journey, and to not be too hard on myself because I really do push myself.

"They just make me realize that the pageant is more of a journey than a competition."

With her background, Michelle is considered a strong contender for the Miss World Philippines 2019 crown.

But the model/actress demurred, saying her journey is just starting.

"The effort is still a hundred percent. There’s no room for being complacent.

"You’ll never know, life is unpredictable so the only thing you can do is to just keep on trying to improve and working on yourself."

Nonetheless, she is grateful for every support she receives from her friends, family, and most especially, her fans.

When asked for a short message to her supporters, she said, "Thank you for constantly pushing me to be my best.

"Honestly, if it wesn’t for your support, I wouldn’t be here right now so thank you."