Kylie Padilla asks Aljur Abrenica, "Mahal, what do you think when I grow...bigger." 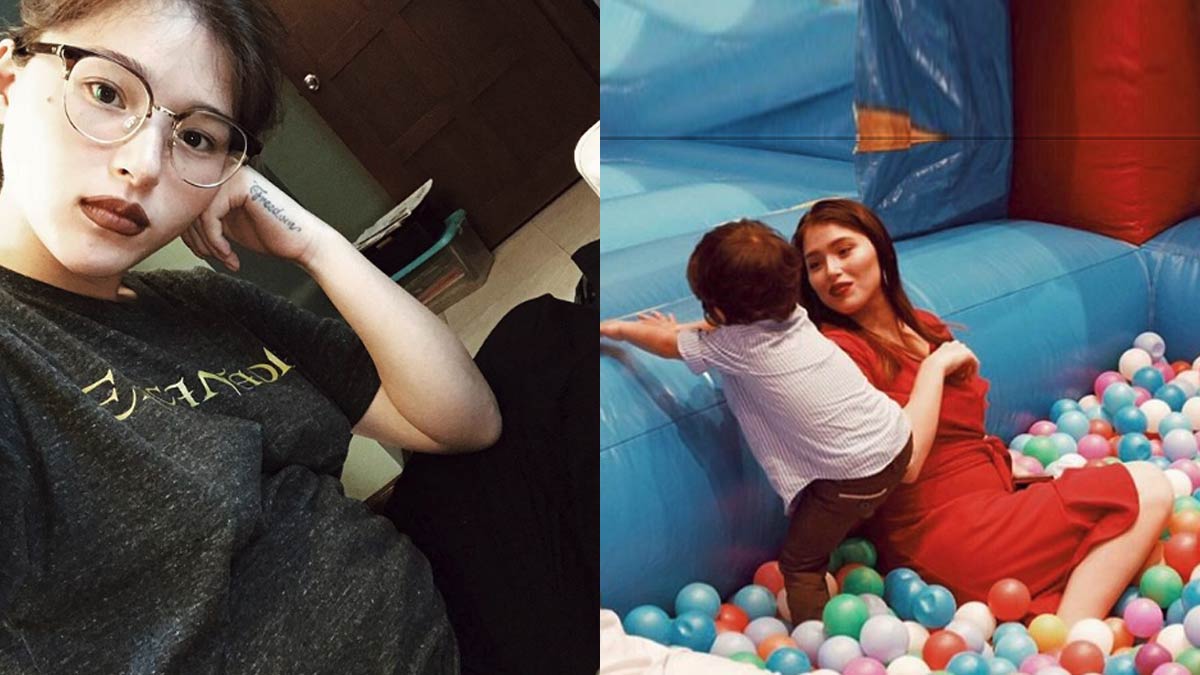 Kylie Padilla opens up about her second pregnancy. She is now in her second trimester.
PHOTO/S: @kylienicolepadilla on Instagram

Pregnant with her second child, Kylie Padilla opens up about the changes she is currently experiencing.

In an Instagram post that talks about "mommy realness," the GMA-7 actress shares that she can feel her baby getting bigger, which means "there is no comfortable way to sit or sleep or stand, you can't breathe right cause baby is squishing your lungs."

Kylie herself begins to feel "a little big, uncomfortable and bloated." Her old clothes no longer fit and everything is beginning to feel "itchy."

On top of that, the Kapuso celebrity mom feels a bit sad that she cannot move as much as she used to, or bond as much as she wants to with her firstborn Alas Joaquin.

"You gotta be careful of your bump," she points out.

Despite these challenges, Kylie feels the excitement of becoming a mother for the second time.

She writes, "Every time baby kicks you're excited. You stop what you're doing just to feel the little angel kick and squirm. And every time he answers you're excited and filled with so much love.

"Everything is suddenly worth it.

"You prepare yourself mentally for the days ahead. Hopefully you're prepared to be the person your children deserve [sparkle emoji]"

In the same post, Kylie also thanks her husband Aljur Abrenica who "always knows the right thing to say."

She relates, "The other day I said, 'Mahal, what do you think when I grow rounder and bigger. Because I feel so bloated.'

"He says. 'Ano ka ba, you're making an angel. That's the most beautiful thing in the world.' He holds my bump and kisses it.

"Ako naman pabebe nenemen. 'Ayiii thank you mahal.' With a big smile on my face."

Kylie is in her second trimester.

Kylie's second pregnancy made headlines in mid-July this year, but Kylie and Aljur didn't confirm the news then.

Through her YouTube vlog, the couple confirmed the pregnancy and revealed the baby's gender.

Kylie and Aljur are expecting another boy.

In the vlog, Kylie also revealed that their second son is "a surprise but a perfect one."

"I am feeling scared and nervous to have two little ones, but I am more excited for the new adventure coming our way," she said in a note.

Kylie is happy to give Alas a sibling because for her, the best part of her childhood was building a friendship with her two sisters, Queenie and Zhen-Zhen.

They also have a brother named Ali.