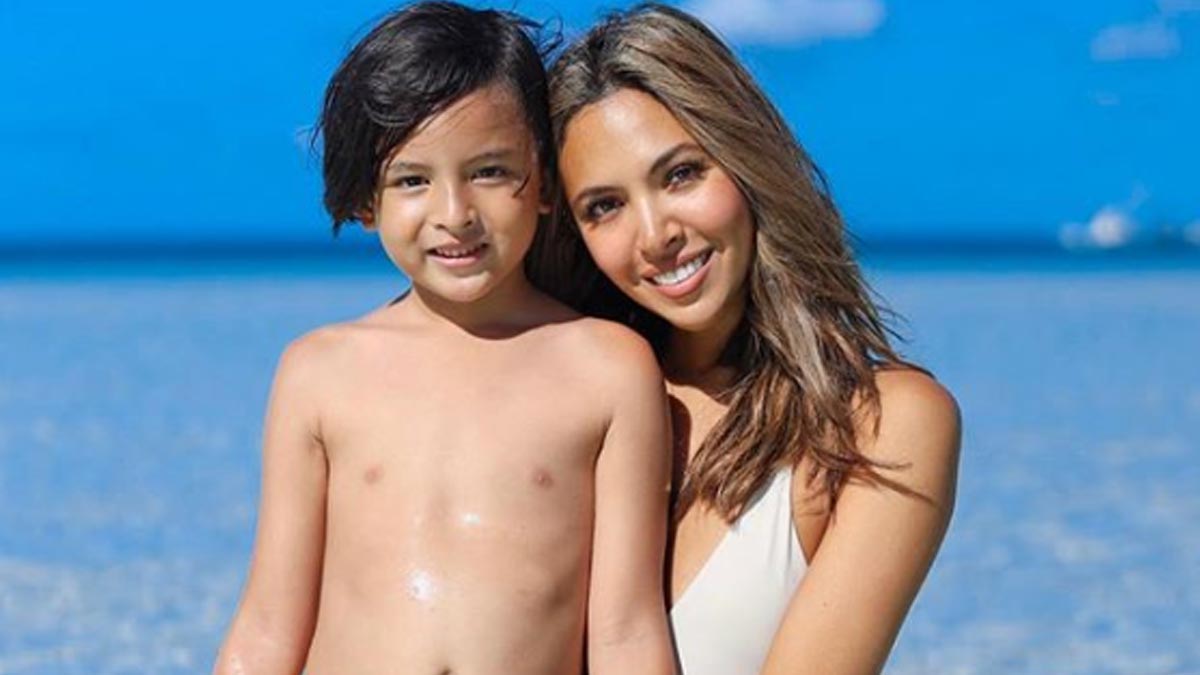 Maggie Wilson says admitting a mistake and apologizing resolve matters quickly, and her son Connor has learned that from her.
PHOTO/S: @wilsonmaggie on Instagram

Maggie Wilson is having a good time with Connor, her seven-year-old son with her husband Victor Consunji.

In an interview with PEP.ph (Philippine Entertainment Portal), the former beauty queen said she's a lot more at ease now parenting Connor than when he was younger.

Maggie narrated, "I think now that he's seven-years-old, he's more aware of his surroundings and you can communicate with him better.

"So now, actually, we're so lucky 'cause Connor is such a good boy. He doesn't give us a lot of problems. In fact, very, very minimal.

"The moment we say something like, 'Oh, what you did wasn't right.' He understands right away and he apologizes.

"So it's a lot easier disciplining a seven-year-old than, let's say, a two-year-old."

For Maggie, an important part of disciplining Connor is to say sorry when he's done something wrong.

"So, I always tell him, when he does something wrong, he must apologize."

She continued, "Actually, it's really difficult for kids to do it. Even adults find it difficult to apologize.

PEP.ph spoke to Maggie last July 31, at the 10th anniversary of Organique California at Conrad Manila in Pasay City.

"He's always busy with his hands. If he's not doing legos, he's doing origami. He loves to bake as well in the kitchen. So definitely, a creative."

The 30-year-old model/actress said she would rather not.

She explained, "Ideally, I wouldn't want him in showbiz. It is such a harsh industry, and people don't realize how harsh and cutthroat it is.

"It takes a special kind of person to live through the showbiz life and deal with everything else that comes with it.

"If I had it my way, I prefer Connor to have a normal job when he gets older."

Besides, Maggie has observed Connor is uncomfortable being on cam.

She recalled, "A lot of people have asked if he could do VTRs for commercials and stuff. And we did try twice for a milk commercial. Connor wasn't just interested.

"He wasn't having it at that time. Now, when I take videos of him, he's still a little bit shy."

Maggie also emphasized that Connor has all the freedom to make and follow his own dream.

She said, "We're not gonna force anything to him when he gets older. I don't want that for him.

"I want him to choose and decide what he wants to be when he grows up.

"But, of course, hopefully we could steer him to the right direction."