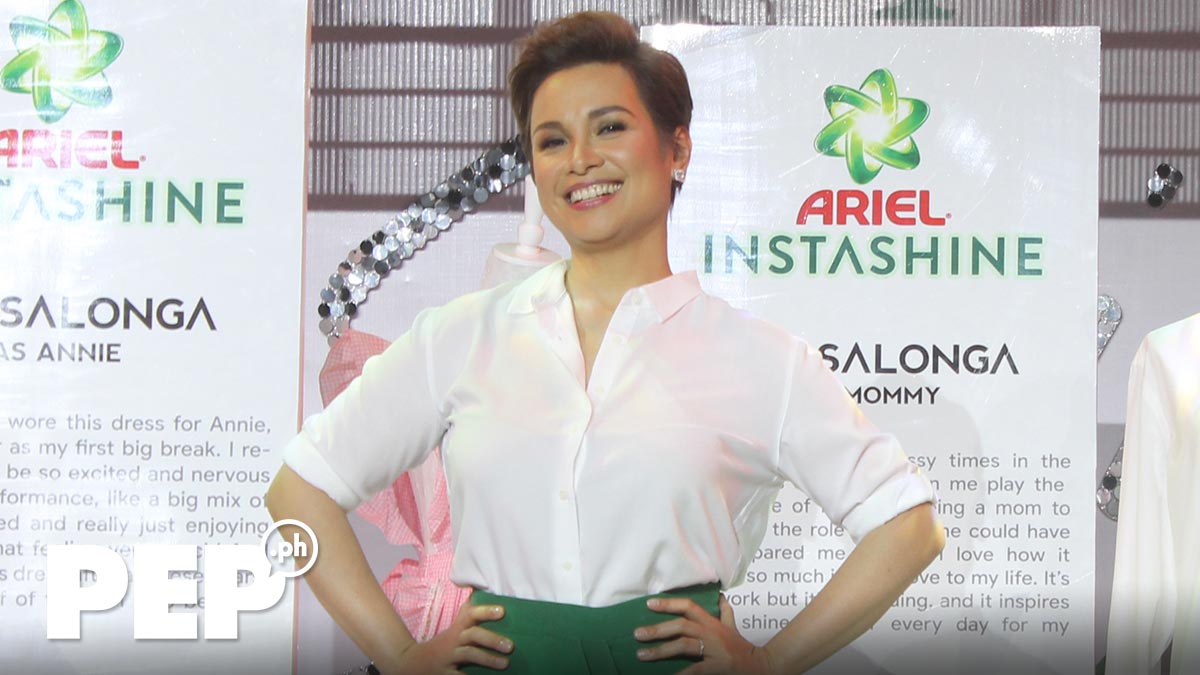 Lea Salonga is "still in slight denial" that she is now a mom of a teenager.

With her daughter growing up, the international Filipina singer is mindful about the kind of parent she is toward Nicole.

Lea says, "I tend to be not permissive. I tend to take a hands-on approach with her, but I have to give her certain freedoms also.

"She's not going through life in the same way that I did as a kid that age. She has a much more normal, I guess, existence compared to me. She gets to do a lot of sports, which is what I didn't do. She is able to take more risks with stuff.

"I mean, in school, she fences, she also skateboards, and she bikes, and she skis. I guess she has a much more active lifestyle compared to me and we're like, 'You gotta do everything. You gotta try all of that.'"

Lea doesn't want to be an overbearing parent to Nicole.

"I can't be this helicopter, protective type of parent because she might end up wanting to break away and rebel in undesirable ways," the Broadway star points out.

That's why she and Robert allow their daughter to explore the threshold of her creativity.

Does Lea think Nicole is on her way to becoming a Broadway star, too?

The mother of one admits, "She enjoys it and she is quite happy to do it. When she knows I have a concert, she asks if she can be a part of it.

"But I don't know that she has the same drive where you just want to sing almost every day, which I have. If I know that my voice is feeling good, I'll be singing in my house.

"She draws all the time. She illustrates. She has now become inspired to write. So, it's like her creative outlets are finding different ways of expression, and it's fun to see how it manifests.

"But yeah, I have to step back and let her figure it out on her own. I'm not gonna tell her what to do because she's one of those kids that she kinds of intuitively knows what she likes.

"But there's also a stubborn streak to her, so I mean I can't tell her explicitly what to do because she has a mind of her own."

There is one thing that Lea explicitly tells Nicole, though.

"College. Non-negotiable. That's one big one," she says, and adds, "Well, as far as Daddy is concerned, no boys."