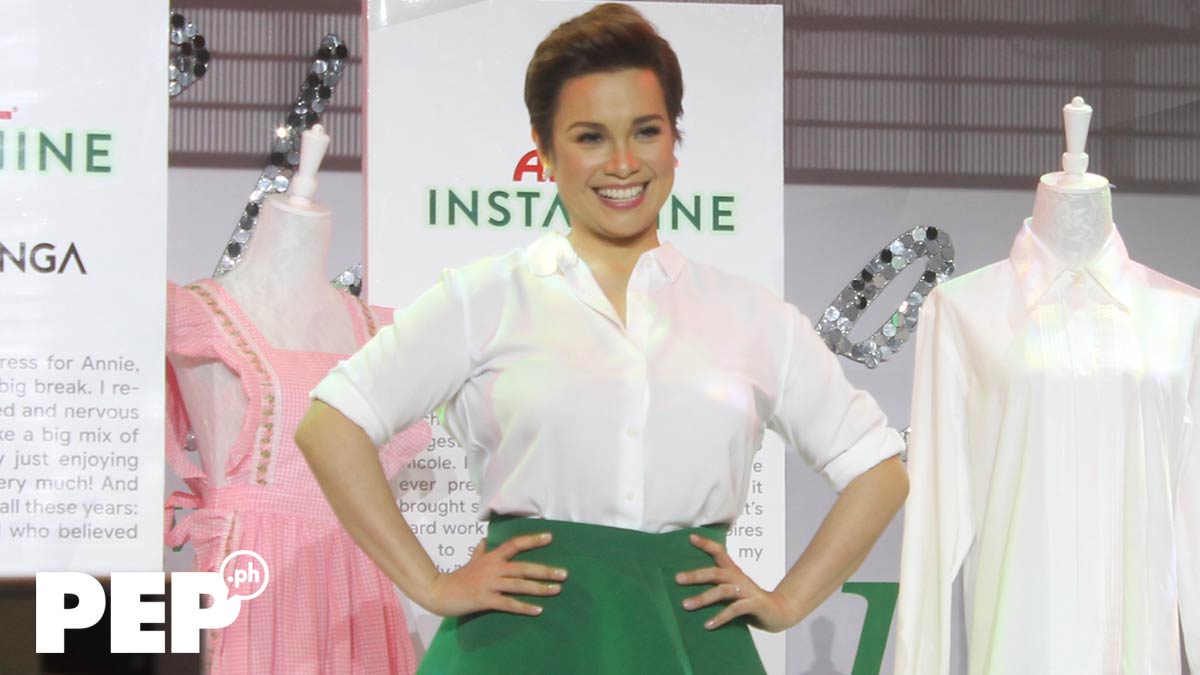 Lea Salonga is glad to see that her daughter Nicole is doing her part in the household.
PHOTO/S: FM Ganal

Lea Salonga is glad to see that her 13-year-old daughter Nicole is growing up to be quite independent.

Whenever Lea's concert tours fall on Nicole's summer vacation, the mother-daughter duo are likely to travel together. It is during these travels that the celebrity mom realizes how independent her daughter can be.

The international Broadway singer appreciated Nicole's independence early this year, particularly when she was still recuperating from a leg injury that she sustained during a ski trip in Japan.

Speaking to PEP.ph (Philippine Entertainment Portal), Lea recalls, "I had a tour this year, which began in the beginning of April, and I was still in recuperation from my leg... she had to do so much on her own because I could not help her. It's like, 'Babe, you have to do this. You have to pack your own suitcases because I cannot pack for you.

"So, she handled everything on her own. She's like, 'Can I fold for you? Can you let me fold the clothes, please?" I just let her, so she ended up taking care of me for a little bit."

Lea sees that this level of independence is apparent at home as well.

Even though their family has household helpers, Lea says that Nicole "knows where everything is supposed to go, so she tries to do her part."

The acclaimed musical stage actress adds, "I think she's making her bed a little more often now. Knows where to properly, like, throw her laundry. It's not just strewn all over the floor or else we'll scream at her, so she knows."

On August 1, Lea takes center stage at the musical-style product launch of Ariel Instashine. The launch is held at Power Mac Center Spotlight in Circuit Makati.

During the program, Lea talks about how living in the States helped her develop her own system for household chores, especially when it comes to laundry.

Whenever she is out of the country, she has no household help, and she relates, "When I do household chores, no one does it for me, so I'm very particular.

"When it comes to laundry, there is, like, three baskets for sorting. There's the whites go in one, colors go in one, blacks go in one, and then towels and a whole other thing, they will go somewhere else.

"Then I go to the basement of my building and there's, like, four big machines, and I wait until they are all empty. And then I hit each and every one of them, so I'm doing four loads of laundry all at the same time.

"You have no idea how good that feels when it's done! And I normally do it really, really late at night because everybody else in the building is asleep, so I have it all to myself."

Lea actually learned how to do laundry at an early age, when she would wash her brother's clothes together with hers.

She continues, "When I had to do my brother's laundry, we had to separate everything, sort everything. And then you gotta figure out, 'Okay, at what temperature is this?' Because it's like, besides the sorting, looking at the type of fabric, you've got to read every single tag.

"Just because it's white doesn't mean a white blouse will go with a dirty pair of white socks. No. I mean, dirty underwear, white underwear, and the dirty socks, sure. 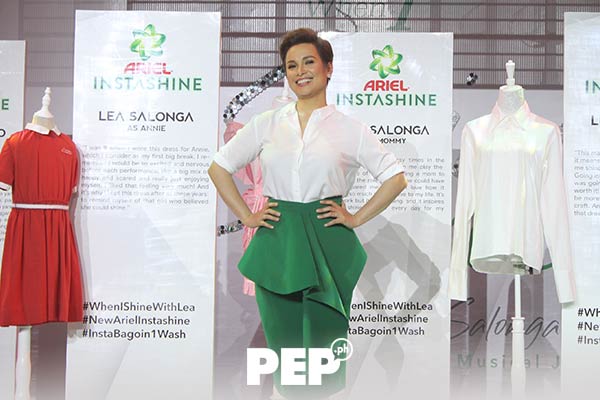