What you need to know about TPO or Temporary Protection Order 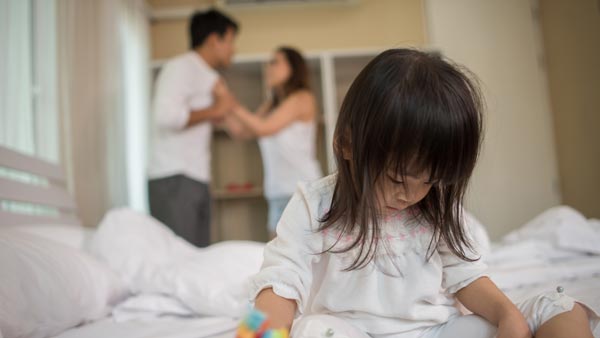 A woman can file a Temporary Protection Order for immediate relief from abusive acts of a husband or boyfriend against her and her child, whether physically, psychologically, sexually or economically.
PHOTO/S: jcomp of freepik.com

Each one of them has petitioned a court for a TPO or Temporary Protection Order.

Ellen allegedly filed a TPO against John Lloyd, the father of her son.

But first, you need to know a few things about Republic Act 9262 or Anti-Violence Against Women and Their Children Act of 2004.

The law, as stated in RA 9262, "protect[s] the family and its members particularly women and children from violence and threats to their personal safety and security."

It encompasses legal complaints you can file against your husband, boyfriend or partner if and when he assaults you and/or your child physically, psychologically, sexually, and economically.

It is temporary because it is effective only for 30 days from the date of its issuance.

WHAT IS A TPO OR TEMPORARY PROTECTION ORDER?

According to Atty. Coronel, "The protection order, primarily, gives all kinds of protection for the woman and her children if the children are also under threat."

You can file it in your barangay or regional trial court when you are "under threat, either physical, emotional, psychological, or economical" by your husband—or even your boyfriend.

It doesn't matter if you are single or married. As long as you have a dating relationship with the person who threatens you, you may file a Temporary Protection Order (TPO) against him.

"Kaya a girlfriend can file a case against a boyfriend or even ex-boyfriend as long as she is under a threat.

"Basta [she] can say that they are dating, then the woman is already covered by the law."

In legal terms, the TPO recognizes you as the complainant, while your assailant is referred to as the respondent.

HOW DOES A TPO SAFEGUARD COMPLAINANT FROM FURTHER HARM?

The TPO consists of several restrictions for the respondent, starting with preventing him from harming you and communicating with you, up to surrendering certain properties to you.

Atty. Coronel states, "[It] includes a directive for the respondent to desist from doing the acts that are threatening."

Whether it is done physically, online or "by cellphone," he will be held liable in court should he fail to follow this.

"It authorizes authorities to prevent the respondent from even physically approaching the complainant," she says.

If your husband or boyfriend owns a firearm, even that will be confiscated by the authorities.

"It also directs all government officials to be on guard in case there is a threat on the woman or children," says Atty. Coronel.

"If it includes economic abuse, it can also include a directive for the immediate release of funds to the woman and her children.

"So, if the woman and her children are in need of a vehicle, then it can also include the woman being given exclusive access to the vehicle."

WHAT ARE THE STEPS IN FILING A TPO?

There are two ways to file a Temporary Protection Order: one is through your barangay and the other is through regional trial court.

Where to go depends on the severity of the threats and attacks that the complainant has been experiencing from the respondent.

Filing a complaint in the barangay hall

The lawyer says, "If the threat is imminent, the woman can file in her barangay.

To start filing your complaint, proceed to your barangay hall, discuss the issue with an officer, and submit a one-page written document narrating the threats you have experienced from your partner.

The protection orders issued in barangays are only temporary, effective for only 30 days from the date of your complaint.

After filing your complaint in the barangay, go to your regional trial court to file a permanent protection order.

Filing a complaint in a regional trial court

"If the threat is not as imminent, the woman can go to court," Atty. Coronel tells PEP.ph.

"Sa court kasi, medyo maghihintay ka ng office hours because the court is only open on Mondays to Fridays from 8 o'clock in the morning to 5 o'clock in the afternoon.

"So if the threat is not imminent, you can go straight to the court, hindi ka na dadaan sa barangay."

After you have submitted your complaint in court, it will be endorsed to a judge.

The judge will then summon the respondent to a hearing where only you, as the complainant, will be heard.

"On the basis of the testimony of the complainant, the judge issues a protection order already."

WHAT TO EXPECT AFTER FILING A TPO?

The Temporary Protection Order is a prerequisite to a permanent protection order.

It is only effective for thirty days because during that period, "the court should hear the case and should determine if the protection order should be made permanent."

After you have filed your TPO in court, the court will also schedule a hearing where the respondent "will now be allowed to respond."

In the process that it takes longer than 30 days, the judge can extend the TPO until the case is closed.

On top of all of these, Atty. Coronel also states that a protection order case cannot be revoked.

She recommends that in cases like this, the two parties should instead set an agreement for the husband or boyfriend to just continue providing financial support for the woman and her children.

"Kapag ganyan, it becomes a compromise in that sense. Hindi inaatras."

HOW MUCH DOES IT COST TO FILE A TPO?

Atty. Sandra says that filing a TPO won't cost you anything unless it includes transferring properties to your account.