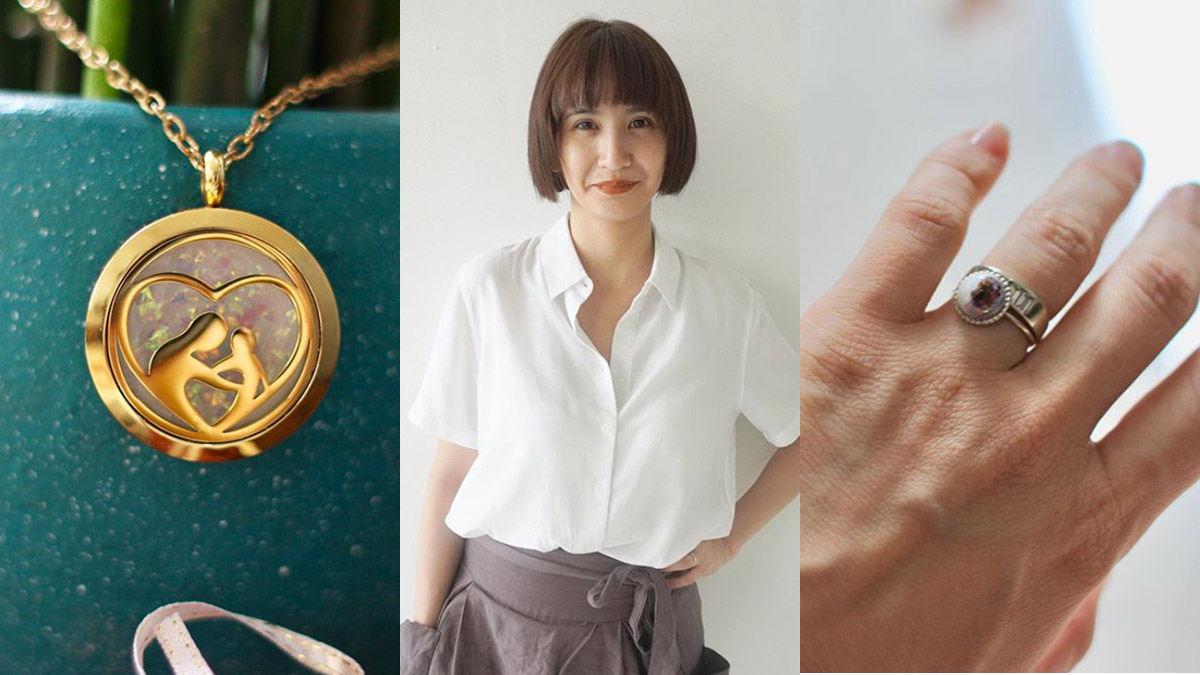 Rica Peralejo shows a necklace with her breastmilk in it and a ring set in stone mixed with parts of her baby's umbilical cord.
PHOTO/S: @ricaperalejo on Instgram

Rica Paralejo has found a unique way of memorializing her motherhood journey—from her pregnancy to child birth and even her struggles along the way.

In an Instagram post last Tuesday, August 20, the 38-year-old actress/host revealed that she has a necklace and a ring made using her baby's umbilical cord and her breastmilk months after giving birth to Baby Manu.

She now wears as keepsakes a pendant set in resin with preserved breastmilk and a ring set in Alexandrite stone mixed with parts of Manu's umbilical cord.

It read (published as is): "Eight ounces doesn't sound like a lot, but at one time it was a full meal for my babies.

"Eight ounces was the weight of my feelings about my body and its ability to perform the somatic functions of motherhood.

"It was the weight of consolation for unplanned C-sections and the scar below my abdomen.

"It was the weight of the early intimacy between my body and my children’s."

In the second half of her caption, Rica explained why this part of the article moved her.

She said, "There is so much more to nursing than just making the babies full.

"And all the struggles and triumphs of nursing that I’ve experienced, make me a bit sad to think that one day, it’ll all end. It will all be over. One day I shall nurse no more.

"And I will have nothing but the lessons and my preserved breastmilk with a few opalescent sparkles set in resin in this pendant.

"There is also some of it preserved together with Manu’s umbilical cord with a few sparkles that represent Alexandrite, June birthstone, in my ring stone (swipe left to see ring)."

In an Instagram post last July 6, Rica revealed that her baby underwent lip and tongue tie surgery, which made breastfeeding quite a challenge.

Rica and Joseph also have a five-year-old son named Philip.