Ryan, Gabby, and Sid reveal parenting tips they learn from each other 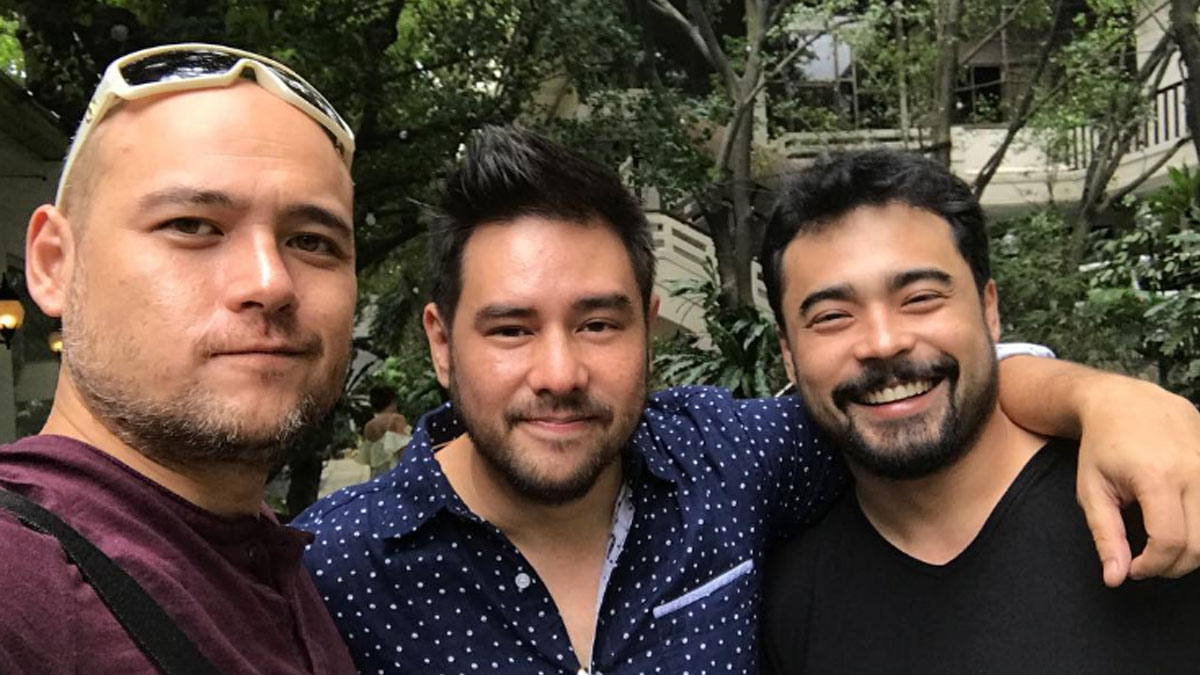 The Eigenmann clan is admired not only for being award-winning actors and all-around performers, but also for having strong family ties.

Patriarch Eddie Mesa (real name: Eddie de Mesa Eigenmann) and his wife Rosemarie Gil have long retired from showbiz and are now based in the U.S., serving their church located in Southern California.

But the performing genes that they’ve passed on to their children Michael de Mesa, Cherie Gil, and Mark Gil were, in turn, instrumental in helping their grandchildren find their own place in the entertainment industry.

Michael’s three sons by his ex-wife, actress and TV director Gina Alajar, all became actors. However, only Ryan and Geoff remain active today as the youngest, AJ, opted to migrate to the U.S.

Mark, who succumbed to liver cancer in September 2014, has his children Gabby, Timmy (using as his screen name, Sid Lucero, the name of Mark’s character in the classic film, Batch ’81), Max, and Andi continuing his legacy.

Last August 3, Ryan posted a photo on his Instagram account showing some of his family members, including his grandparents and his brother AJ, during a get-together.

Apparently, Eddie—known in his heydays as the Elvis Presley of the Philippines—and Rosemarie have been in town.

The same goes for AJ, who came with his wife Rosetti and their two children.

Currently on hiatus from showbiz, the actress gave birth to her and Philmar’s first child together on July 23.

Shortly after the Eigenmann family get-together, Andi and her daughters went home with Philmar to his hometown, Siargao island.

THE TIES THAT BIND THE EIGENMANNS

In recent interviews with PEP.ph at an event, Ryan Eigenmann and Sid Lucero talked about their close-knit clan.

“Even now na may fourth generation, and we have our own lives, it stuck with us, keeping in touch.”

Sid concurred, declaring with a smile, “We love each other. When we see each other, we’re very happy.”

Gabby Eigenmann also talked to PEP.ph at a baby shower for the then-pregnant Andi, his half-sister.

“We have different moms. We never treated each other differently. Full of love kasi. We’re probably known as a dramatic family, but we’re a normal family.

“Kumbaga, we have our issues. We have our problems. But when we get together, it’s like kinakalimutan naming lahat ang mga stress sa trabaho.

“To be fair, we never really talked about work when we’re together.”

The Kapuso actor, who’s part of the upcoming primetime drama series Beautiful Justice, ruled out rivalry within the family.

“We uplift each and every one naman,” he pointed out. "Kunwari may nanalong Best ganito, Best Actor, Best Supporting…

“We tap each other’s back, and say congratulations, and say, ‘You deserve it.' Gano’n. So we support each other.”

Gabby recalled that when his dad was still alive, it was Mark, along with Mark’s sister Cherie, who initiated family gatherings.

Gabby then takes the lead in getting his cousins together.

GABBY, RYAN, AND SID AS FATHERS

Among the Eigenmann clan’s third generation, Gabby was the first to become a father.

Gabby is cautious in giving parenting advice to his younger siblings and cousins.

“Hindi naman ako nagbibigay ng advice nang hindi hinihingi. Pero meron naman akong pabilin na, ‘You know, life is too short. Enjoy it because once you get old, it gets to a certain age na you might miss out on being a father.’

“Kasi, at the end of the day, siyempre, lahat kami, lumaki na halos lahat, nagtatrabaho. We may be close, but you should always have the time to be with your children.

For his part, Ryan said he and his cousins Gabby and Sid, as well as his brothers Geoff and AJ have “kanya-kanyang diskarte” when it comes to fatherhood.

Ryan and his wife Cathy have three children: Catalina, 9; Ruis, 6; and Rocio, who’s turning 2 in October.

Ryan described himself as both a father and a friend to his children.

“They know that they can have fun with me. They can talk to me about anything, whatever. But they know the line from being their best friend to being their dad. Hindi blurry ang line na yun. Alam nila yung hangganan ng pagkakaibigan sa pagiging magulang.”

He also shared what he learned from his own parents, Michael de Mesa and Gina Alajar.

“Just be more patient, listen to the kids also. When it comes to disciplining them, you have to weigh things.

Unlike his half-brother Gabby and cousin Ryan, Sid has only one child, a girl, whose mother is an ex-girlfriend of his.

“She’s doing well,” he said. “She just finished her ballet lessons. She loves to do everything.”

He added that Halo stays with her mom, so he sees his little girl “as often as possible, at least three times a week.”

As much as possible, he tries to bring Halo to his clan’s get-togethers because he and his siblings and cousins want all their children—the fourth generation—to be close, too.

“If ever may nangyari na di mo na alam ang gagawin, everybody will just give their piece of mind.”