Chynna Ortaleza struggles with low breast milk supply, but is not discouraged 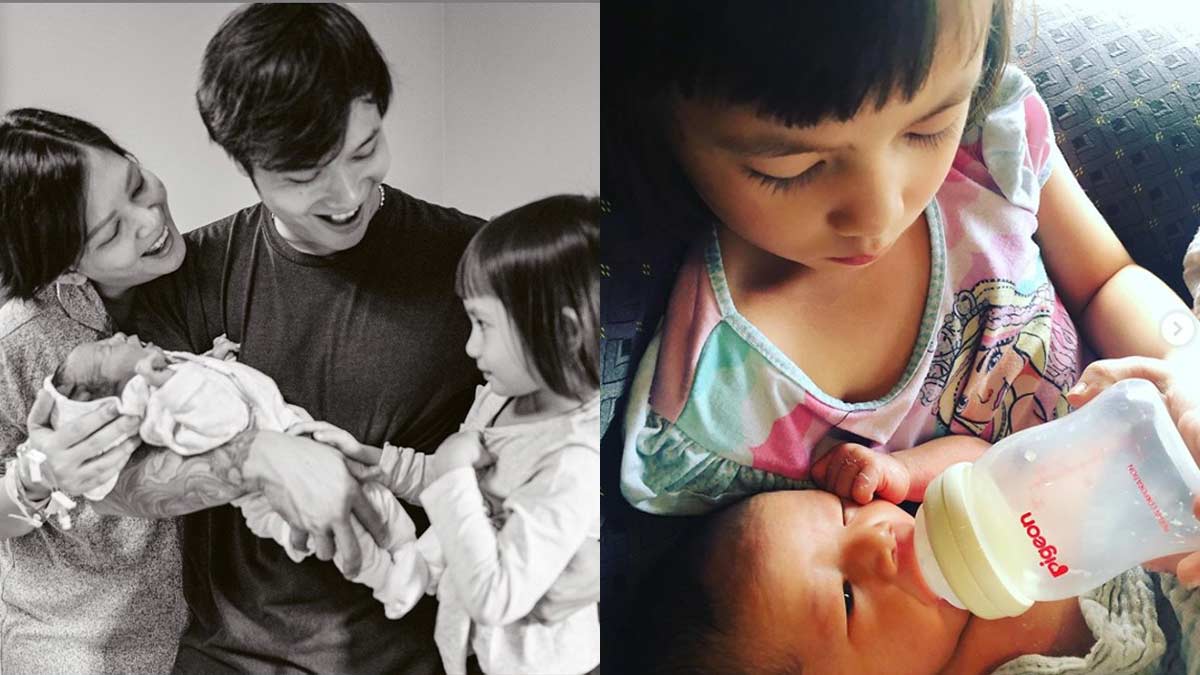 Chynna Ortaleza is taking her current breastfeeding journey "in stride" as she struggles with low breast milk supply: "I am most thankful to the Moms who help instead of judge. You guys know who you are. Personally for me, FED IS BEST."
PHOTO/S: @chynsortaleza on Instagram

Second-time mom Chynna Ortaleza opens up about her current breastfeeding journey on Instagram.

"Just to show you the opposite side of the spectrum," the GMA-7 actress begins in her post, which is accompanied by a photo of her daughter Stellar bottle-feeding her newborn brother Salem.

The breastmilk in the bottle is provided by Chynna's fellow Kapuso mom LJ Reyes, as Chynna further reveals.

The second photo in the post shows a small amount of milk in a cup. That milk is Chynna's. She continues in her caption, "I patiently try to hand express whatever my breast can give... It's a few drops but these are precious to me."

Having a low supply of breastmilk was Chynna's first heartbreak as mom.

Even when Stellar—or Pea as Chynna affectionately calls her—was a baby, the celebrity mom encountered the same problem.

In a 2016 interview with GMA-7's weekly show Sarap Diva, Chynna said, "I really tried my best naman with the mixing [of formula milk and breast milk] and everything, but I got sick and then my supply dried up.

"My parents and my husband, si Kean, told me, 'Look, just because you were not able to attain iyong goal na exclusively breastfed Stellar doesn't mean you're a bad mom.'

Now with her son Salem, Chynna is "taking it in stride."

The Kapuso talent continues in the post, "I wish I could produce milk that can fill bags to the brim & donate milk to those who need liquid gold. However, I'm not cut out for that. It all boils down to anatomy at the end of the day."

Chynna then gives a shout-out to her fellow moms who have been understanding of her situation and who have been going through the same struggle.

"I am most thankful to the Moms who help instead of judge. You guys know who you are. Personally for me, FED IS BEST.

"To women who have messaged me saying they too feel discouraged about having little to no supply- Please don't be too hard on yourself. You are enough and your child will give you all the cues you need. Take those cues! :) Sending you all the love & hugs that you need. You got this Momma!"

Chynna gave birth to her second child with husband Kean Cipriano on September 25.