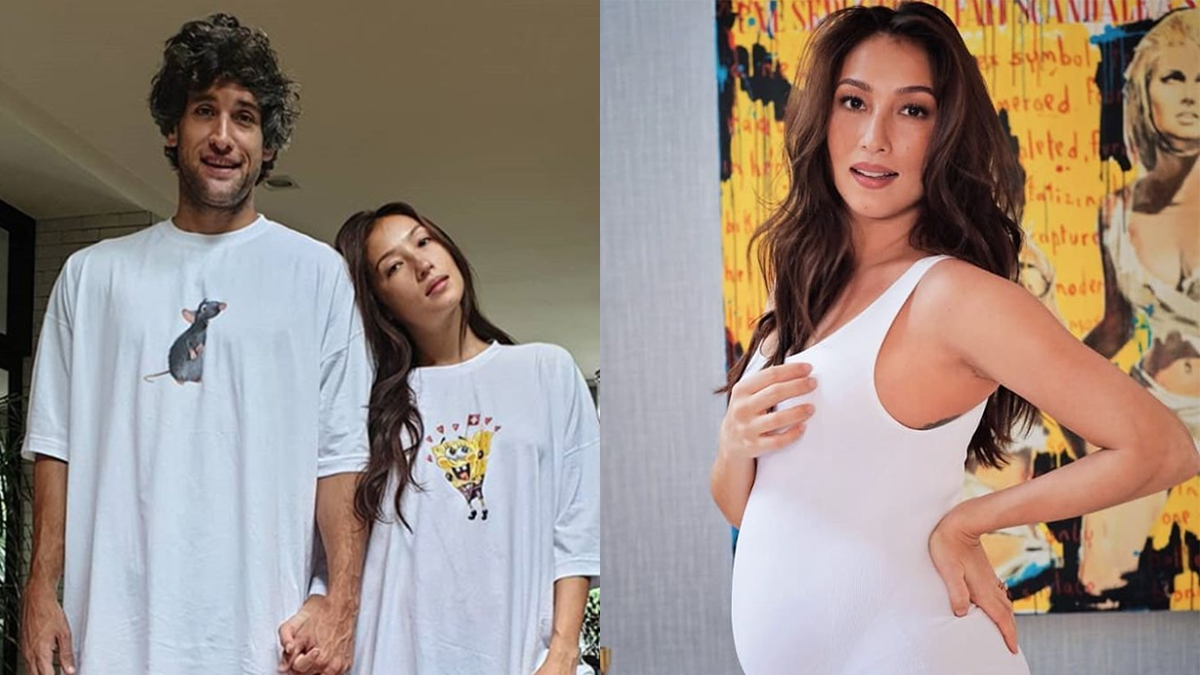 Nico Bolzico to husbands and future dads: "We think we are the stronger gender, but we don’t understand how wrong we are until we see them being pregnant; so we should be 100% there for them to make sure we make ourselves useful if/when they need us."
PHOTO/S: @nicobolzico on Instagram

Nico Bolzico has been making his Instagram followers feel kilig with his latest appreciation post for his wife Solenn Heussaff, who is now six months pregnant.

Nico's post gained over 100,000 likes in just an hour after he posted it in his personal Instagram account. The businessman also released the same photo on his Facebook page, which has so far garnered over 29,000 reactions and more than 5,000 shares since its posting.

On Monday, October 14, Nico posted his wife's latest pregnancy photo and thanked everyone in his caption for the good wishes and the support they've been receiving since they announced the pregnancy.

Nico wrote, "It hasn’t been and easy journey for us and we still have 3 more months to go, but the love for our baby girl and the support of our loved ones have made us overcome all the obstacles!"

In his post, Nico admitted feeling "useless" seeing what his wife has been going through with her pregnancy.

He said, "Since I met Solenn, I always felt that she was too good for me; but, since she is pregnant, I don’t only feel she is too good for me, but I also feel like the most useless human being on earth.

"If the pregnancy was a band playing, Solenn would be the one directing the band and playing all the instruments while I would be one smashing the cymbals every 30 seconds."

Nico added that this experience made him realize how little he knew about the woman he married,

He wrote, "I thought I knew Solenn but seeing her pregnant changed my whole perception of her as a woman. I didn’t know she could be capable of so much love, but also, I wasn’t aware of her strength."

This in mind, Nico gave a piece of advice to other husbands and future dads like him.

The 36-year-old dad-to-be wrote, "We think we are the stronger gender, but we don’t understand how wrong we are until we see them being pregnant; so we should be 100% there for them to make sure we make ourselves useful if/when they need us, don’t complain, don’t ask questions just do what your woman ask you to do, because you will never be able to do what she is doing for you!"

To end his post, Nico told Solenn, "Bebu, thank you for everything you do for our family every day! I know we are in this together, but you are Batman and I am Robin."

Solenn and Nico got married on May 21, 2016, in France. The couple announced that they are expecting their first baby through an Instagram post last August 10. They later revealed that they are having a baby girl.