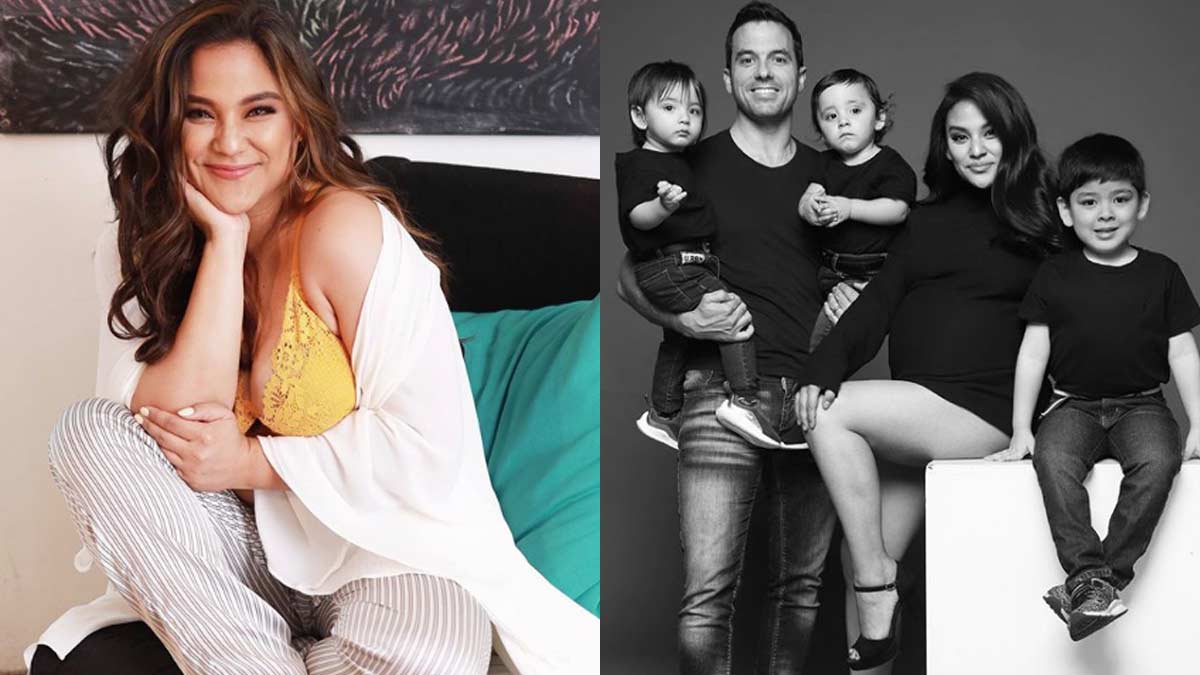 Jerika Ejercito with her husband, Miquel Aguilar, and their four boys—Isaiah, twins Daniel and Michael, and Moses. Isaiah is her son with former partner, Bernard Palanca.
PHOTO/S: @jerikaejercito on Instagram

Jerika Ejercito has been keeping to her course of wellness via her professed self-love.

After three pregnancies, with one of them involving twins, Jerika says she felt physically, emotionally, and mentally drained, and her "internal battles" have been a struggle.

"This journey of self love has taken me up and down, sideways and everywhere in between.

"Alongside my struggle with depression I was pretty darn great at making myself look happy.

"The internal battles I fought within myself started so early in my life that being extremely self-critical was my norm.

"My internal monologue escalated to a degree that I could make myself cry."

Jerika recalls her first pregnancy in 2014 was so "overwhelming" that she isolated herself for two years, "enslaved" by her "crippling internal monologues."

Her firstborn Isaiah is her son with former partner Bernand Palanca.

Then in 2017, Jerika and her husband Miquel Aguilar announced that they were expecting twins.

Twins Daniel and Michael were born in January 2018.

A year after, Jerika announced her third pregnancy. She gave birth to her fourth son Moses in July 2019.

With three pregnancies in a row, Jerika says it feels like she should be "hiding under a rock for the next 2-3 years until I find a semblance of my 'old self'."

But the mother of four boys has chosen to "fight" and face her struggles head on.

"This is my declaration of self-love 2 months postpartum.

"If asked 5 years ago I would have shriveled like a leaf at the thought of 'exposing' myself at such a vulnerable stage.

"This is a start..I have a long way to go and that is ok. I still have off days and that's ok.

"I had lots of help from my friends to pull this off and that is ok too..wherever you are in your self love journey just keep going, you are ok momma."