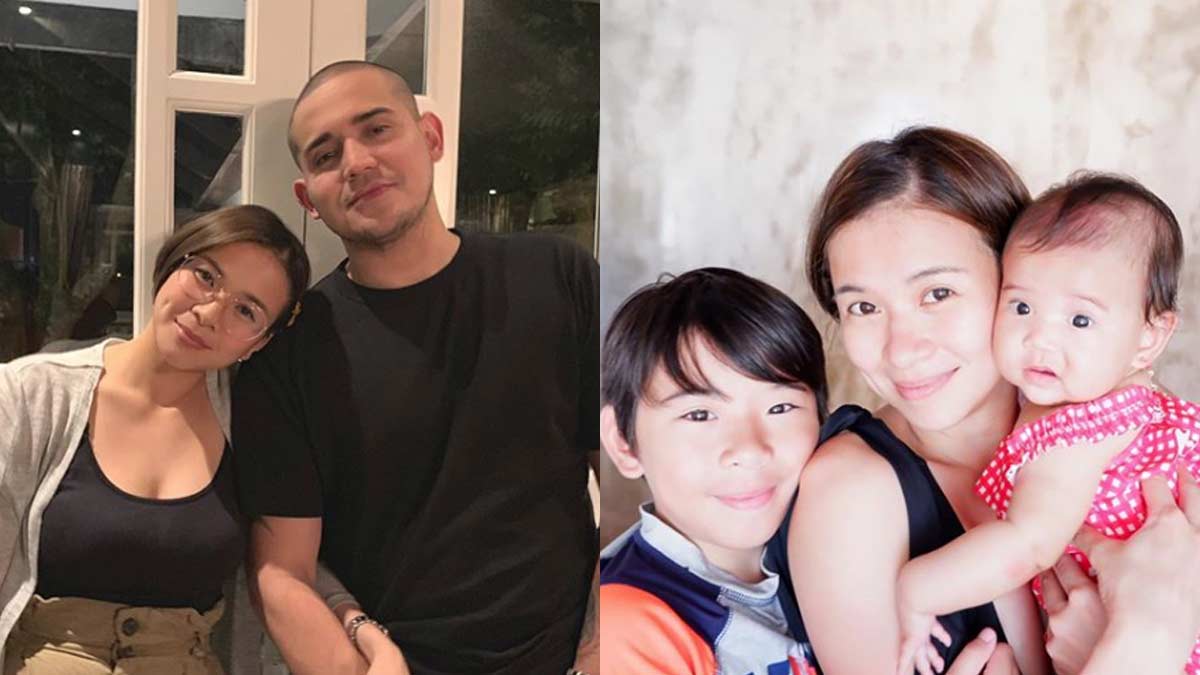 LJ Reyes is grateful for the constant help she gets from partner Paolo Contis (right, left photo). Raising her first child Aki (left, right photo), LJ was used to doing it on her own. Now with her second child Summer, she has Paolo by her side.
PHOTO/S: @lj_reyes on Instagram

LJ Reyes takes to Instagram to talk about one of the moments where she is reminded that she now has a partner in raising her kids Aki and Summer.

In the post, LJ wears a crumpled top with her hair a bit messy. Her caption begins: "I think this photo sums up how I felt the past weeks. And I think a lot of moms could relate!"

At the time she took the picture, her second child Summer was sick. They were thankful that it only involved coughs and colds.

"Isang gabi, sumuka sya sa kakaubo nya," LJ continues in her post. "Somehow small kids spit up phlegm that way. Their bodies' way to get rid of it.

Despite the mess, LJ didn't put down Summer.

Paolo Contis, LJ's partner, tried to convince LJ to change clothes, but the celebrity mom stayed with Summer until the latter fell asleep.

Paolo kept on reminding LJ to change her clothes until she agreed.

While changing, the GMA-7 actress caught a glimpse of herself in the mirror.

"Minsan nakakalimutan ko na andyan si Pao not because he's absent but because I was so used to doing everything on my own.

LJ thanks Paolo "for being the father and partner that you are. Salamat sa pagaalaga sa amin!"

In the comments section, Paolo sends his reply to LJ.

He says there's "no need to thank me naman.. duty kong alagaan kayo and i love doing it!" 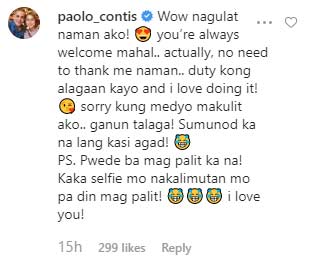 LJ and Paolo announced that they were expecting a child together in August 2018.

They welcomed Summer Ayanna in January 2019.