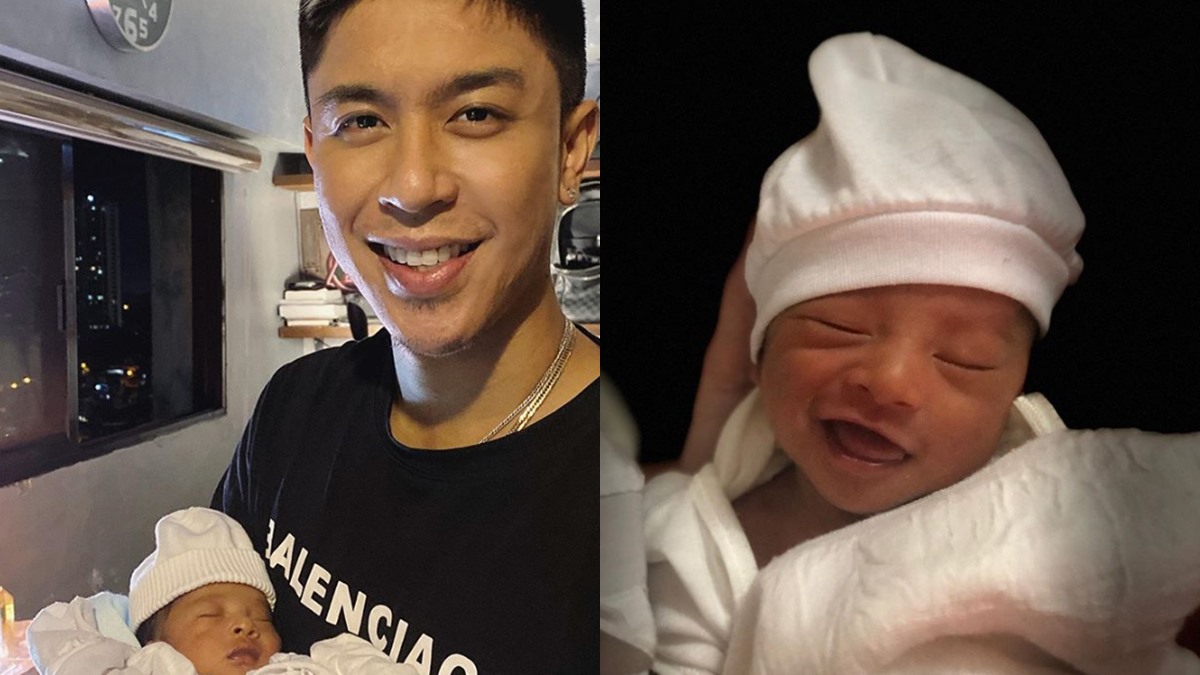 Kris Lawrence welcomes second child Lyric on October 4, 2019, at 9:40 a.m. His premature baby stayed in the hospital for 24 days.
PHOTO/S: @imkrislawrence on Instagram

Kris Lawrence is experiencing the joy of fatherhood all over again!

His non-showbiz girlfriend gave birth to a baby boy on October 4, 2019, at St. Luke's Medical Center.

"He was a preemie (premature) but a very strong preemie.

"He just got out of the hospital yesterday, October 28, and is very healthy,” Kris said about his newborn son.

"It’s just like I remembered it when Katie was born. The joy, the kaba, the endless smiles, the excitement, holding the li’l guy in your arms and looking at that little face and seeing your own face in his...

"I love this feeling. It’s priceless. This is that Unconditional Love.”

How did ex-girlfriend Katrina Halili react upon learning the news?

"Katrina, she was happy for me. I told her one evening when I took Katie home after a father/daughter date.

"She said she was excited for me. I feel that she is happy that Katie has a brother."

Kris and Katrina became parents on September 18, 2012, the day their daughter Katie was born. Their relationship eventually ended in separation.

How is Katie as a big sister to her baby brother?

“Katie always wants to see her brother. She loves Lyric.

"Here’s a funny story - she was going thru her closet because she wanted to give gifts to Lyric, but since she’s a girl... the things she was gathering to give him were swimsuits and dresses, hahaha.

"This is a perfect example of 'It’s the thought that counts.' Haha!” Kris said about his daughter's effort.

Kris chose the name "Lyric Lawrence" for his second child because, aside from the reference to his profession, he thinks "Lyric" is a unique name.

"I wanted something unique and something to do with music. And I wanted it to sound good with ‘Lawrence.’

"I remembered a conversation with an old friend about baby names when the name ‘Lyric’ came about.

"So when I learned I was gonna have a son, I wanted to call him ‘Lyric.’

"Besides, if he ever does want to enter the showbiz world, at least he has a cool screen name - Lyric Lawrence. Or ‘LL’ for short.”

What is his dream for his kids?

“My dream for my daughter and son is for them to find true happiness and contentment in life. I wish for them to spread love wherever they go.

“It would be nice to know that they do music in the future so that I can guide them however I can.

"But then again, it’s their lives, and I want them to pursue whatever their passion is—whether it be music, acting, accounting, martial arts, or whatever the heck it is.

"I just want them to be happy, and Papa KL will always be here to support."