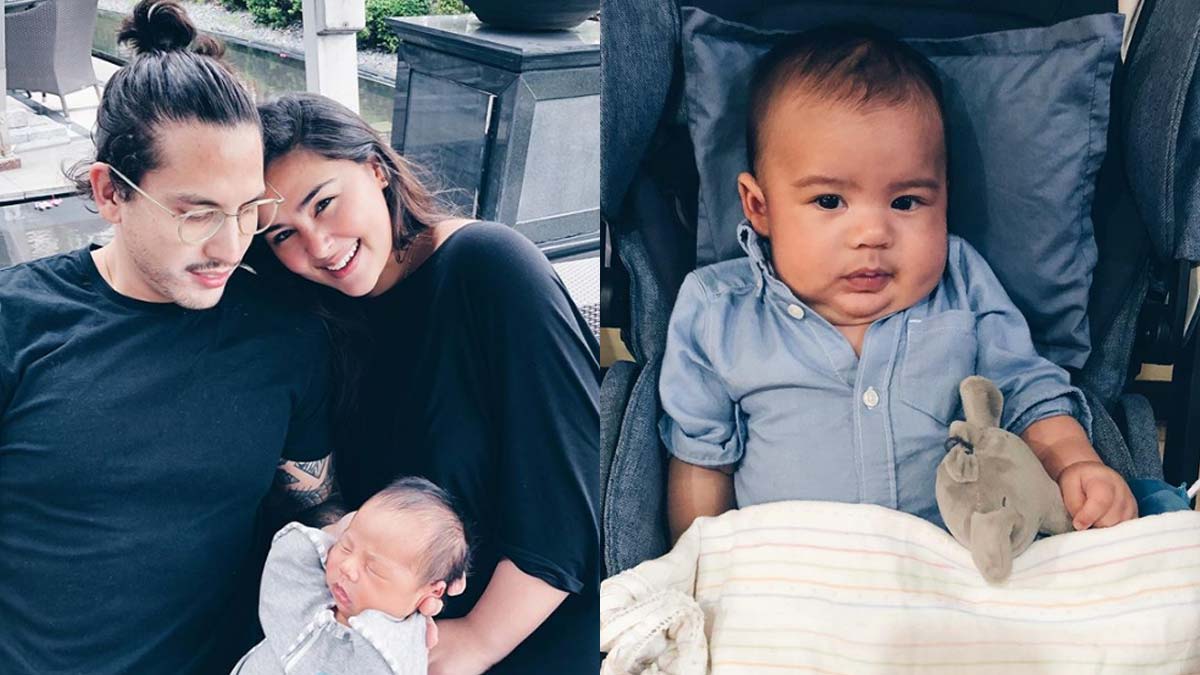 Gwen Zamora and David Semerad consider themselves lucky as first-time parents to son Cooper. For one, the couple gets enough sleep throughout the night.
PHOTO/S: @gwenzamora on Instagram

As a first-time mother, Gwen Zamora found breastfeeding to be a challenge.

"The first couple of days nahirapan ako. It hurt a lot," the actress told PEP.ph (Philippine Entertainment Portal) during the Aprica event held on November 19.

"I adjusted with nipple shields. Now, I exclusively pump."

Considering her son Cooper's weight, Gwen couldn't carry him for too long.

She continued, "He's too heavy and he unlatches, so parang the milk goes everywhere.

"And he falls asleep, so he doesn't get a full meal.

"So, I decided to exclusively pump so I can monitor how much he's drinking, and we're doing better with that."

"He only cries when he's dirty or hungry."

Because Cooper's sleeping schedule coincided with theirs, Gwen and David found it easy to divide parenting duties.

David said, "I do the bath, the burping. I change the nappies. I shield the pumping. Then I feed the baby because she will put it in a bottle, the milk.

"Then she will take care of the night shift because I have to wake up to get training in the morning.

"And then when I get back from training, it's my turn now. So, she'll relax and pump and I'll take care of Cooper after."

Did Gwen and David attend any parenting classes before Cooper arrived?

"We didn't do any classes or anything. We just watched everything on YouTube," the basketball player revealed.

"We took it as it came by, and I think Gwen did a super good job on it."

She said, "I have a lot of mommy friends that I ask questions from. But each mom experience and each child, I noticed, is different.

"So even if you take a class, your child might not be the same type of child."

But in her experience, motherhood "felt instant."