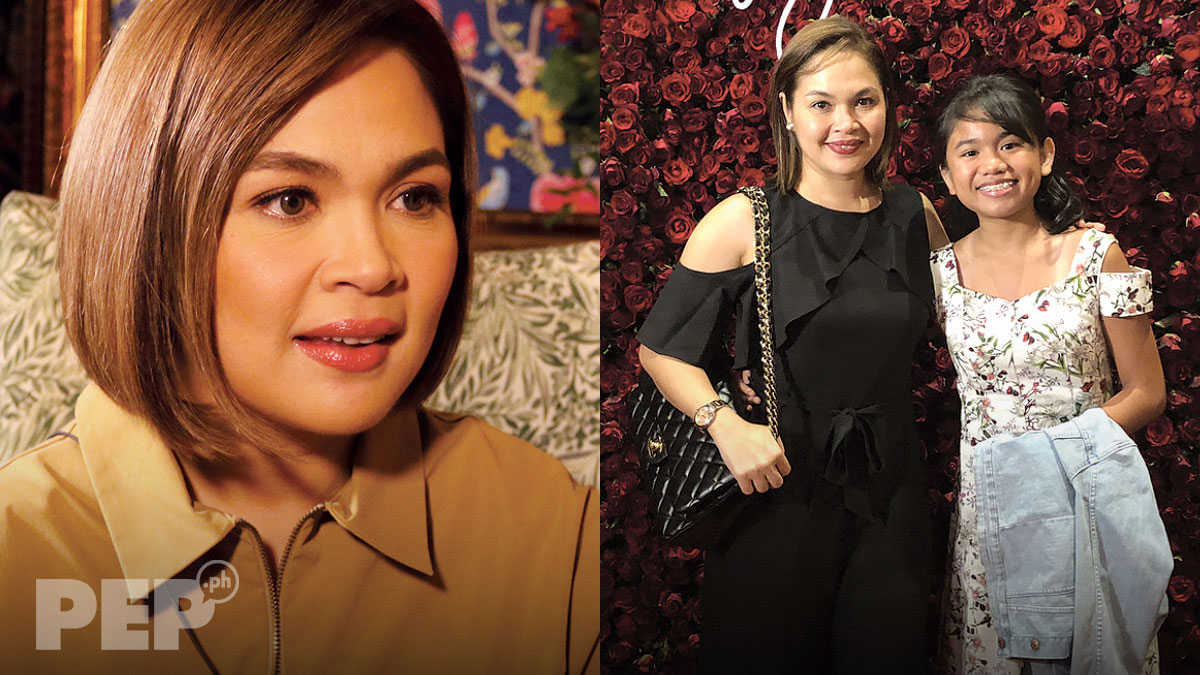 Judy Ann Santos reveals adopted daughter Yohan has asked about her real parents: "From that time she asked me that question, I was preparing myself every day... hindi ko siya ipagkakait sa ganoon."
PHOTO/S: Noel Orsal / @officialjuday on Instagram

Judy Ann Santos will not deny her adopted daughter Yohan the chance to get to know her biological parents.

The Kapamilya actress revealed 15-year-old Yohan has already asked if she would be allowed to meet her biological parents when the right time comes.

TELLING YOHAN SHE IS ADOPTED

During her guest appearance in ABS-CBN late-night talk show Tonight with Boy Abunda (TWBA) on Monday, December 16, the 41-year-old actress stated Yohan is an answered prayer.

However, she admitted it was not easy for her and husband Ryan Agoncillo to tell Yohan she was not their own.

“And we made her realize na Ryan and me started a family because of you [Yohan].

Lucho, 9, is the second child of Judy Ann and Ryan, while Luna, 3, is their youngest.

YOHAN IS ASKING ABOUT HER BIOLOGICAL PARENTS

Since Yohan already knows she is adopted, she is starting to ask Judy Ann about her biological parents.

The actress related one conversation with Yohan about this subject.

“’Are you friends with my dad?’

“’But, sweetheart, if at some point you want to meet them, you want to talk to them, if you feel that there are questions already in your heart that’s piling up, and feeling mo sila lang ang makakasagot, we can look for them because that’s your right.’”

The actress added Yohan would ask about her biological parents out of the blue.

“Sabi ko, ‘Your biological mom, no, sweetheart, I don’t know.’

Having raised Yohan since she was born, Judy Ann still found it difficult to answer her daughter's questions about her adoption.

The star of the ABS-CBN teleserye Starla also explained she used to dislike the word "adopted."

In previous years, Judy Ann would tell reporters in interviews not to use the word "adopted" when writing about Yohan.

She wanted to protect Yohan, she said.

“Dumating ako sa point, Tito Boy, na pag may mga nag-i-interview sa akin, I’d always tell them, ‘Can you please not put the word ‘adopted’ because she’s our daughter and she’ll see this and I don’t want her to feel bad?’

“Then eventually, I realized everybody out there who’s adopted, should realize that it’s such a beautiful word.

“Ako, ang realization ko, napakaganda ng salitang adopted o adoption because somebody wanted you in their lives. They chose you,” explained Judy Ann.

In an article that came out in PEP.ph (Philippine Entertainment Portal) in April 2019, Judy Ann narrated how she told Yohan she was adopted.

In her guest appearance on TWBA, the actress recounted how, when she was at the peak of her career at around 21 years old, she prayed to have a child at the age of 26.

In 2004 at the age of 26, the actress received a call from her mom, Mommy Carol, while she was taping for her then prime-time teleserye Krystala.

This is a story she would always tell Yohan.