The moment Assunta de Rossi finds out she is pregnant 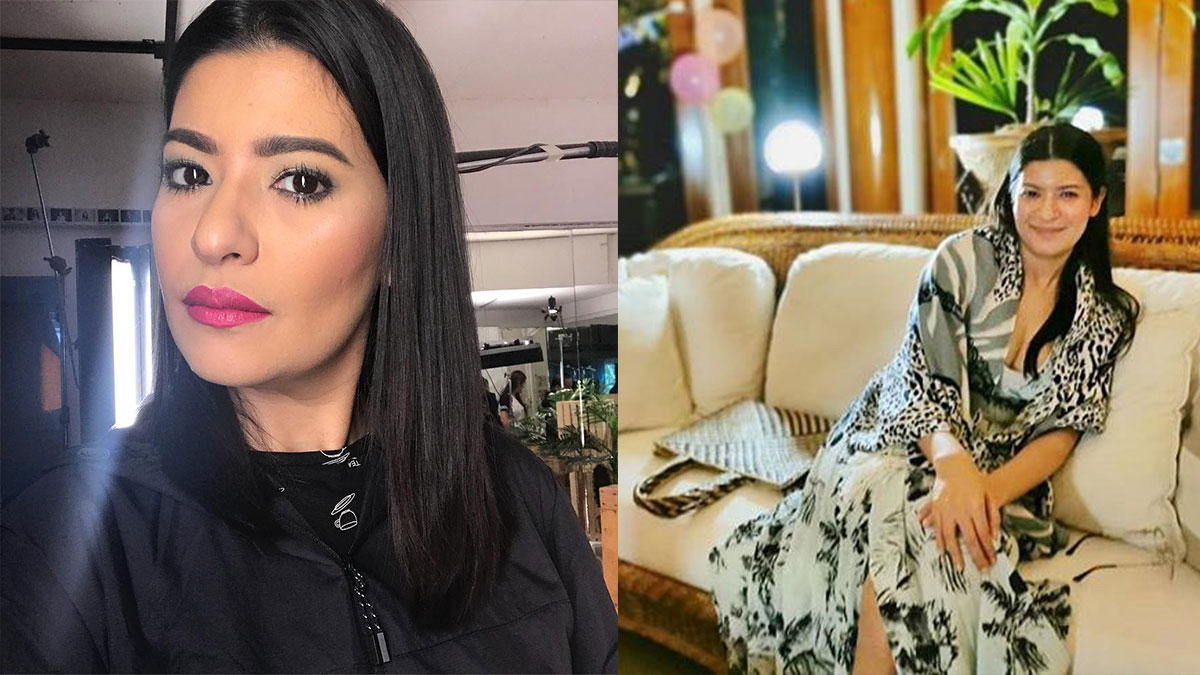 Assunta de Rossi, 37, and husband Jules Ledesma, 59, (not in photo) are finally having a baby after trying throughout the 16 years they've been married.
PHOTO/S: @assuntaledesma on Instagram

After recovering from their shock of being told she's pregnant, Assunta da Rossi and husband Jules Ledesma immediately shared the good news with his two grown children and her family.

Assunta told PEP.ph (Philippine Entertainment Portal) in an exclusive interview via e-mail, "We first told the kids, who were excited as well."

The "kids"—Cristina, 29, and Carlos, 24—are Jules' children with his late first wife Maria Cristina Tsung Pek, who died in 2000.

Assunta continued, "And then I sent a photo of the scan to my family, asking for prayers na maging viable yung pagbubuntis ko kasi, at that time, gestational sac pa lang yun nakikita.

"They were overwhelmed with happiness because they saw me struggle for years."

It's been the long-held wish of Assunta and Jules to have a baby in the 16 years they've been married, even as they accepted it would be difficult because of her existing medical conditions.

The couple had tried other means of conceiving such as in vitrio fertilization in 2016, but to no avail.

But when finally, they've been granted their wish, Assunta and Jules were shocked beyond belief.

She told PEP.ph, "It surprised both of us. Not only did I conceive naturally, but it was also unplanned... It was like, 'This is actually real! There is a life in my womb!'

"Both of us were excited and happy."

ASSUNTA'S INITIAL PLAN: ANOTHER ROUND OF IVF

At the time Assunta was unknowingly conceiving, she and Jules were already gearing up for another embryo transfer and, in fact, she has two embryos in reserve at the lab.

In this interview, Assunta recalled the anxious days and weeks leading up to May 5, 2020, when she announced on Instagram the miracle of her pregnancy.

She began, "I celebrated my 37th birthday in Amanpulo [on February 26], and I noticed that I had missed my period.

"I went to see the doctor one week later pa, because even my husband was already asking.

"And when I said wala pa, he was the one who suggested I might be pregnant.

She decided to visit her OB-GYN, whom she has not seen for four years.

The Filipina-Italian star said, "Malakas talaga paniniwala niya, so I went to see my doctor, whom I haven't seen since late 2016 when my first attempt at getting pregnant via IVF didn't succeed.

"I'm not blaming anyone! Not all embryo transfers are successful the 1st time, but it did traumatize me and leave me heartbroken for years."

"So at the clinic, we did an ultrasound scan and blood test, and they came out positive."

And what was her reaction?

"Hindi siya nag-sink in, to be honest. I just couldn't believe it, kasi tanggap ko naman na hindi ako mabubuntis naturally because of my condition."

The actress continued, "In fact, Jules and I were discussing going abroad and find a fertility clinic should the 2nd attempt, which we were planning on doing this year, fail again. But then Covid-19 happened...

"Nag-sink in lang siya sa akin when I went back for another scan a week later, and that's when I heard a soft heartbeat."

Assunta acknowledged this wasn't the best time to get pregnant

"I hate not knowing. All we can do is pray and be optimistic.

"Also, my symptoms are really bad. As in, hindi ako mapakinabangan.

"I can get plenty of rest since I need it, and also almost no one bugs me."

There is also comfort in knowing her husband is always there by her side.

Assunta related, "Jules is freaked out, actually. Naninibago sya. He feels like he's dealing with a very sick person, and there's nothing he can do.

"Him just being there is more than enough for me. We've become so much closer since there's nothing else to do.

"He would sometimes talk to the baby, which I appreciate."

Apart from the limitations imposed by COVID-19 pandemic, Assunta also has to contend with her existing medical conditions, which are myoma and endometriosis.

Myoma is a benign (non-cancerous) tumor that develops in or around the uterus.

On the other hand, endometriosis, according to mayoclinic.org, is a "painful disorder in which tissue similar to the tissue that normally lines the inside of your uterus called the endometrium grows outside your uterus."

Assunta hopes that these conditions will not add complications to her pregnancy.

"What I've been told was to be ready na lumaki yung myoma ko, because it feeds off the hormones just like the baby.

"I hope it doesn't affect my pregnancy in a bad way. We'll see what happens when I give birth.

"Thankfully, it's only myoma and nothing else. Kung kanser yun, delikado para sa akin because the hormones will only exacerbate the disease."

"Wala rin kasi ako masyadong magagawa. My job now is to be healthy for my baby, and to make sure all the people in our house are safe.

"All our employees, kayang suwelduhan for the next year even if we have to stop operations.They don't have to worry one bit.

"In fact, even without COVID-19, we were going to send them all on vacation with pay so that our plantation could rest. They knew about it last year pa."

ASSUNTA ON BECOMING A MOM

Assunta and Jules are naturally excited to know the gender of their baby.

As for their preference, she said, "I doesn't matter what the gender is.

"I pray all the time that I will be blessed with a normal and healthy baby.

"Just to be able to experience this miracle is a huge thing for me."

Envisioning herself and Jules as parents, Assunta said wistfully, "I think we both like to see our kids happy.

"When children are happy, they gain confidence. They don't look for validation in the wrong places or from the wrong people.

"It's not always going to be perfect, but they can rest assured that their no. 1 protectors will always be us."