Remember when Vanna Garcia confirmed becoming a mom at age 20? 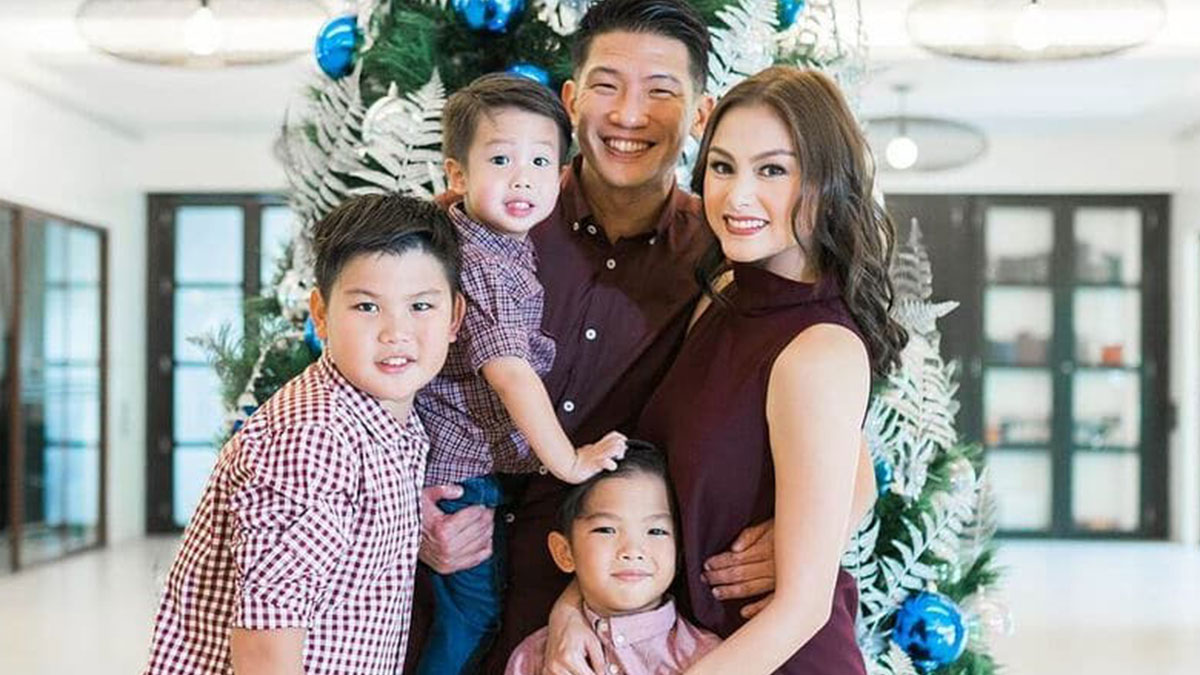 Vanna Garcia with her husband Louie Kaw and their children Ethan, Lucas, and Tyler.
PHOTO/S: @vanna_garcia on Instagram

Vanna Garcia was one of the rising stars in the late 1990s and early 2000s after becoming part of the third batch of GMA-7's youth-oriented series T.G.I.S. (Thank God It’s Sabado,1999).

It paved the way for her appearance in the Kapuso hit drama series Sana Ay Ikaw Na Nga (2001).

Aside from her TV projects, she also starred in several movies—Lastikman: Unang Banat and Masamang Ugat (both in 2003), to name a few—which were all produced by Viva Films.

Vanna was 20 and poised for bigger breaks in showbiz when her life took a major turn.

In 2007, Vanna made headlines after confirming she had just given birth to her first child with Louie Kaw, her businessman boyfriend-turned-husband.

Vanna, now 33 years old, recounted that part of her life in this exclusive interview with PEP.ph (Philippine Entertainment Portal) via e-mail.

She related, "Finding out I was pregnant was a terrifying thing for me."

"Yes, I was worried about my career then, and how people are going to accept being pregnant then a mother out of wedlock.

"Since before it was something that was not as taken normal with our society then.

"Also, what do I know about being a mom at a tender age. It is a huge responsibility."

Vanna said she put aside her worries about her life and career to focus on her baby boy Ethan.

She told PEP.ph, "Although, as soon as they asked me about my baby though I was proud to confirm that I was a mother.

"Being a mother is precious and having a little one feels very fulfilling as a woman."

Motherhood changed Vanna in so many ways.

She said, "Maturity was one thing that blossomed early. It also set my priorities straight and has brought me joy in so many ways."

While keeping her acting career at that time, Vanna said her priority had always been Ethan. She also had other dreams, and then she got pregnant again.

When she welcomed her second son, Lucas, Vanna finally decided to turn her back on showbiz. Lucas is now nine years old and Ethan is 13.

Vanna said in the interview, "When I had my second child, I decided to focus more on my children and the family.

"Along with that, I finished studying Interior design and got my bachelor's degree from the College of Saint Benilde...

"I decided to lie low because I also wanted to have more time with my family and myself since the schedule of being in showbiz was very erratic.

"Also, I wanted to have a good fallback and another career I can pursue aside from showbiz.

"As soon as I came out about being a mother, and I figured out what I wanted to do, this fear of the unknown was already out of the question. I just wanted to be a good mom."

In October 2015, Vanna and Louie tied the knot in an intimate wedding ceremony at Antonio's Tagaytay. In the same year, they welcomed their youngest child Tyler, who is now five years old.

Prior to their wedding, Vanna and Louie have been living together since they had Ethan.

Asked how their love story started, she recalled, "We were just introduced by some friends. We would talk on the phone often and we enjoyed the phone calls.

"And then he kept on asking me out and after a few tries of asking me to go on a date, I finally said yes and that was it, we were inseparable after."

Vanna has not been idle after leaving showbiz. She has become a family woman busy with other pursuits.

She said, "I worked as an Interior designer for years as well as I was doing fashion blogging/lifestyle blogging just for fun to help inspire people.

"Right now, I delve into the beauty business since it is also something I am quite interested in.

Asked what advice would she give to her 20-year-old self, Vanna answered, "Not to rush being an adult and take my time in terms of experiencing things and becoming very independent.

"To just enjoy my life with less responsibilities. Because everything will come in God’s perfect timing."