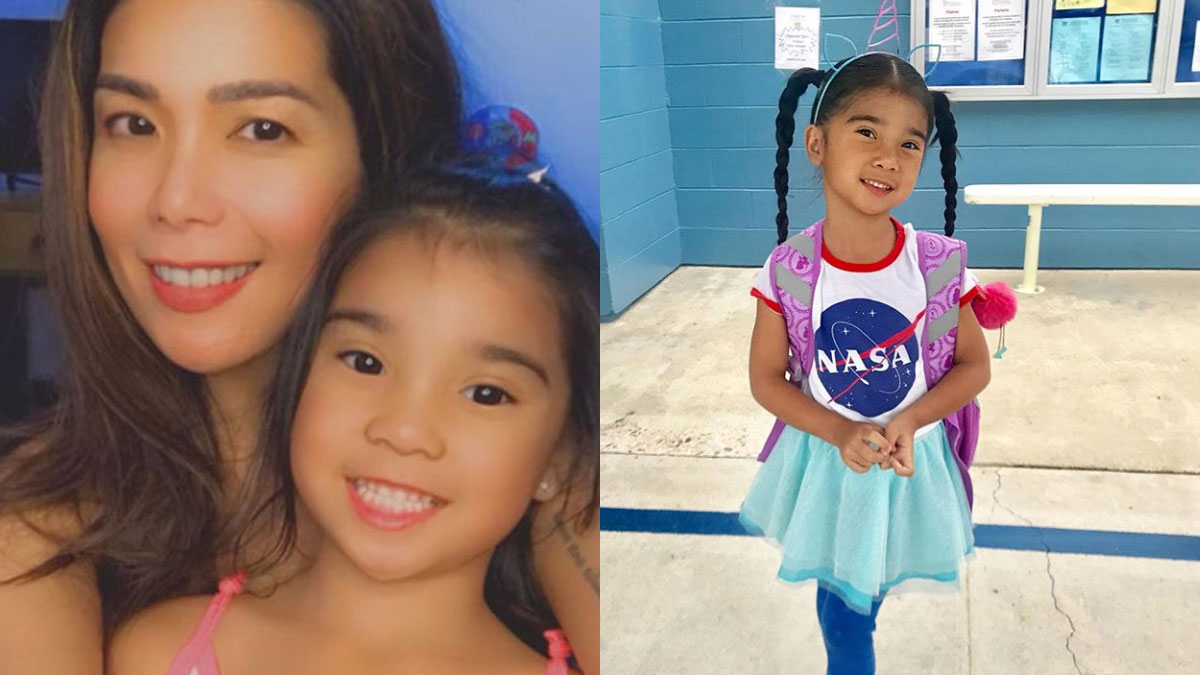 Geneva Cruz wants daughter London to grow up with a healthy awareness of diversity.

The actress-singer is grateful that her parents, Renato and Marily Cruz, instilled this in her at an early age. This is why she wants to do the same for her youngest daughter, who also has morena skin.

London is her daughter with her former Filipino-Australian boyfriend Lee Paulsen.

Geneva's six-year-old daughter is a proud morena like her favorite Disney Princess, Pocahontas. The film Pocahontas made history as it was the first time a woman of color was featured as the lead character in a Disney film.

In a short chat with PEP.ph (Philippine Entertainment Portal) via Instagram's direct message on Tuesday, June 9, 2020, Geneva says complimenting your kids about their skin tone helps boost their confidence.

The 44-year-old celebrity mom says, "I talk to my daughter, London, and I explain to her that human beings have different skin colors and that is what makes us all beautiful and unique. And that deep inside, we all look the same.

"She’s super morena so I always tell her she has beautiful skin."

While Geneva is able to boost her daughter's self-confidence, she knows the rest of the world is not always as kind.

The mom of two tells PEP.ph, "They are taught at school about bullying too, so she’s aware that being a bully is not a kind thing to do.

"So she tells me when someone would tease her for being Asian, and I just tell her to tell them that she’s beautiful and if they don’t stop teasing her, she’ll tell her teacher and me about them."

For Geneva, it's important that London learns to never judge a person by their appearance.

"I told her to never judge anyone who looks different than us... There are people who only have one leg, and some don’t have any, iyong iba walang kamay, iyong iba hindi makakita, or di makarinig... some had accidents when they were kids and their faces don’t look the same as ours na.

"I taught her not to look surprised when she sees them and to try and talk to them and get to know them... then she'll see the beauty that’s within them and not just the physical.

"I personally only see the beauty and the ugliness of the soul."

For Geneva, passing on these values to her children is going to be her "greatest legacy."

"My 24-year-old son Heaven understands this and practices this also."

"I hope London grows up to be the same way as my parents, me and her kuya, and that to me could be my greatest legacy."