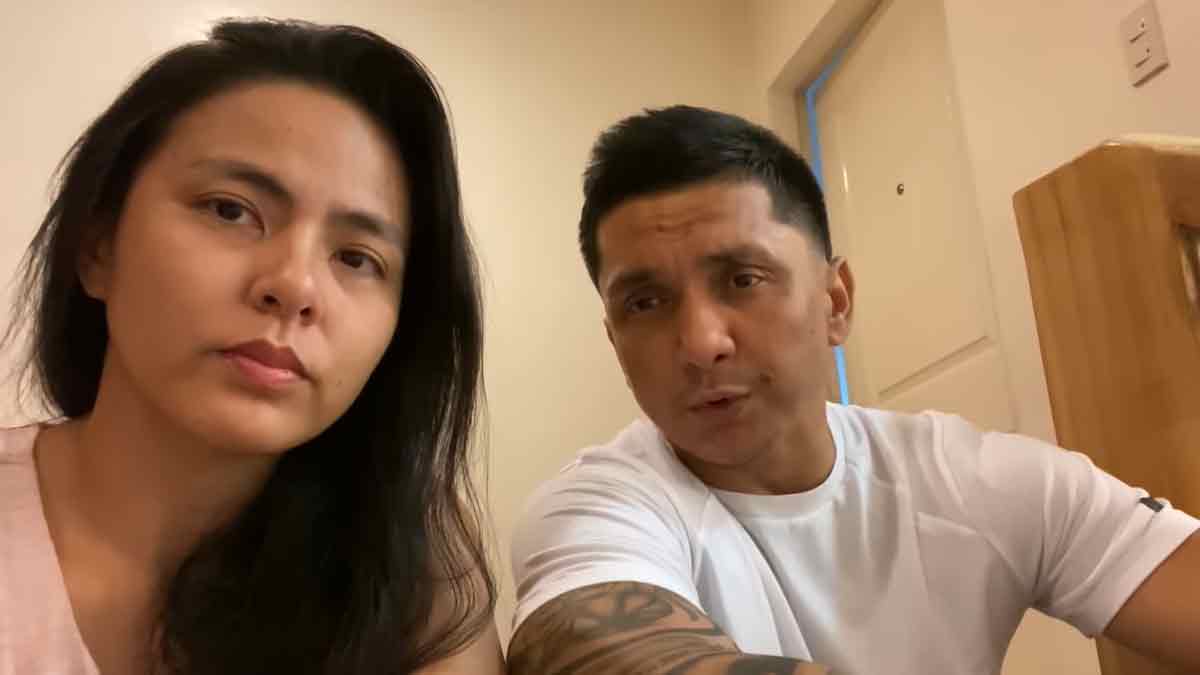 LJ Moreno and Jimmy Alapag say the hardest part about losing their fourth baby is telling their kids about the sad news.
PHOTO/S: Screen grab from Alapag Family Fun on YouTube

A month after announcing that they were expecting their fourth child, LJ Moreno and Jimmy Alapag returned to their YouTube channel with the sad news that they lost their baby.

"They call it a missed miscarriage because I didn't bleed at first, but then the pregnancy stopped," LJ said in their vlog posted on September 9, 2020.

It happened early in the pregnancy.

LJ and Jimmy related how, in a series of appointments with the OB-GYN, they could not hear the baby's heartbeat.

At first, they were not worried because, as the mother of three explained: "The doctor was saying it could be because it's too early and it could also be because of the myoma."

Myoma are "benign tumors" that can grow in the uterus, according to WebMD.

LJ learned during her first doctor's appointment that there was myoma in her uterus. But the doctor assured her it was "not alarming" because it was "growing the other way, not towards the baby."

In succeeding appointments, the doctor began managing their expectations.

LJ recalled, "The doctor said, 'We'll still do everything we can... There's a possibility that you can have a miscarriage.' She said the cause could be the thyroid or antibodies that they found in my test.

"I can't really explain what exactly that is, but I know if you're trying to get pregnant, it's not good to have that in your body."

In hopes that the baby was still clinging on to life, the doctor injected LJ with progesterone, a hormone crucial to maintaining a pregnancy, and prescribed medication to address the thyroid problem.

They tried one more time to hear the baby's heartbeat, but LJ and Jimmy only received devastating news.

"When we went to the next appointment, unfortunately we found out na wala na talaga," LJ said.

Jimmy added, "Not easy news for us to find out, but, at the same time, we have absolute faith in God's plan for us as a married couple and even more importantly as a family."

The next difficult part of the process was breaking the news to their kids Ian, Keona, and Calen.

Ian, in particular, took the news hard as he was still recovering from the loss of his pets.

LJ related, "Kuya is really, really… like, he gets attached easily.

"He's had a rough week because he caught two dragonflies, and then his dragonflies didn't make it. He was just breaking down because of his pets.

"And then my mom had the car accident. Ian's really close to my mom. We're thankful because my mom and her friend Ruth are okay now. They're out of danger, they're at home recovering. We're thankful about that.

"But Ian, especially when he saw the car, didn't take that very well."

LJ and Jimmy decided to tell Ian the sad news after he celebrated his eighth birthday on September 4.

"For me, as a mom, that was the hardest thing. Just seeing him [receive the news]," LJ said.

They did their best to explain what happened in the simplest terms, but Ian took it hard when LJ said she wasn't pregnant anymore.

Jimmy remarked, "Definitely, the toughest part was having to explain to him, but thankfully, you know, he's doing better.

"We just told him, 'If you ever have any questions or if you want to ask us anything, mom and dad are here.'"

LJ and Jimmy said they are choosing to see the loss through the eyes of faith.

For her part, LJ was thankful for the pregnancy because it made her more aware of her physical health, and reminded her and Jimmy of the importance of regular check-ups with the doctor.

She said, "Because of this pregnancy, I found out that there's, like, small—really small lang naman—nothing to be alarmed about, but it’s something good that we found early.

"There's three small nodules sa thyroid. I was given medication for that. If this pregnancy didn't happen, I wouldn’t even know. It could have gotten bigger without me even knowing.

"And then, iyon nga, the antibodies. I don't know what it's called, but there’s certain things in the test that I found out that I have to take medication for."

As for Jimmy, he spoke for both himself and LJ in saying that they choose to focus on what they have, and trust in God's plans.

He said, "Again, we're not gonna question God's plan for our family. We have absolute faith. He's been with us, He's always with us.

"I know He's with us during this time and in God's time. If He feels it's right for us to have an addition to our family, then it will happen again.

"I'm thankful that LJ is okay and we still have three healthy children."