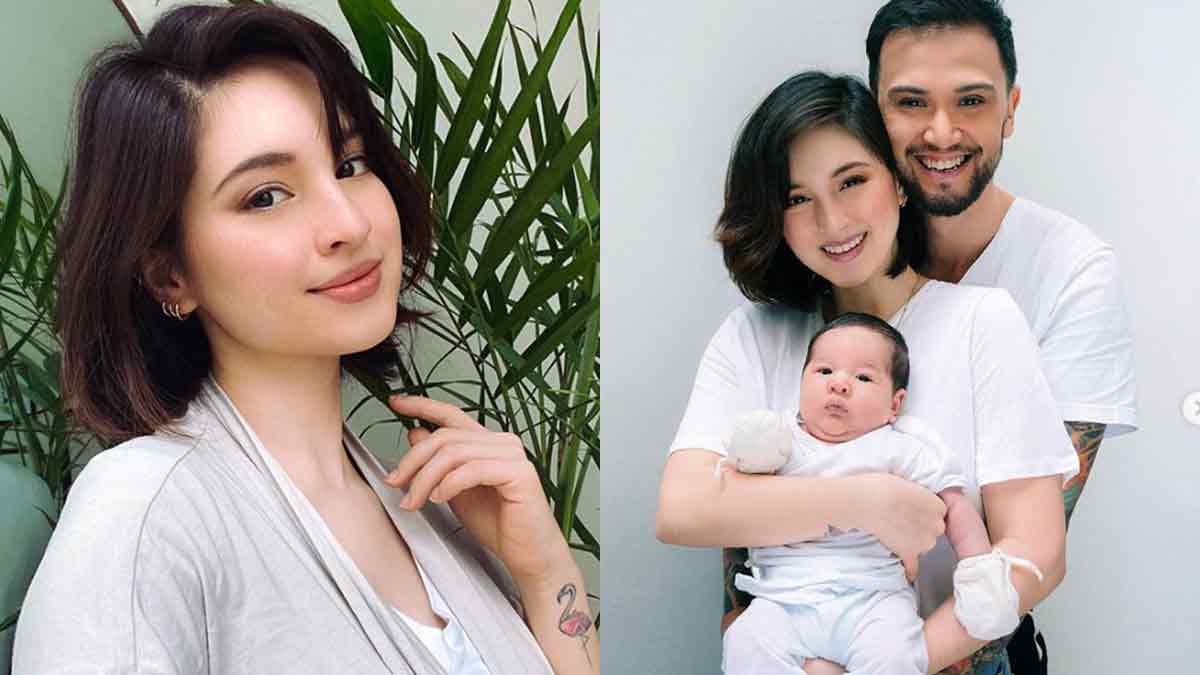 Coleen Garcia and Billy Crawford are parents to two-month-old baby boy Amari. As celebrities, they've long accepted that public scrutiny, good or bad, goes hand in hand with their work in showbiz.
PHOTO/S: @coleen on Instagram

During Coleen's appearance on the second season of the ABS-CBN online show I Feel U last November 8, 2020, the actress said she was warned beforehand about the major changes that motherhood entails.

"I'm trying to learn how to breastfeed, pero, at the same time, nagre-recover pa lang ako.

Out of all the things she had anticipated, breastfeeding was the one activity she considered "matrabaho talaga."

Coleen also hadn't realized that breastfeeding would alter her eating habits as well.

"So I always have to be eating and everything... totoo iyong sinasabi din nila na your body is no longer yours."

For Coleen, the effect of motherhood on her has been deeper and far-reaching.

She told Toni in the interview, "There were so many things before na sobrang sa tingin ko importante, pero ngayon parang ang babaw or parang hindi na ako.

"With him [Amari], siguro nag-change iyong perspective ko with life and I focus on things that matter now.

"Iyong mundo ko paliit nang paliit and parang I don't have to look so far anymore to see what really matters to me. Nandito lang talaga sa paligid ko."

Days after Coleen Garcia gave birth to her son Amari, the new mom was surprised to see the rashes on her baby's face.

Frantic, Coleen immediately phoned her doctors only to be told that acne among newborn babies is common. 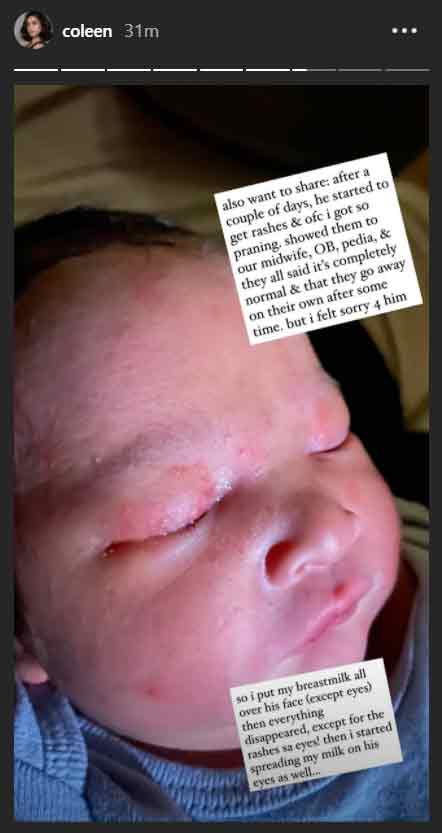 Still, the ABS-CBN actress "felt sorry" for Amari, so she thought of slathering his face with her breast milk.

To her relief and delight, it worked! 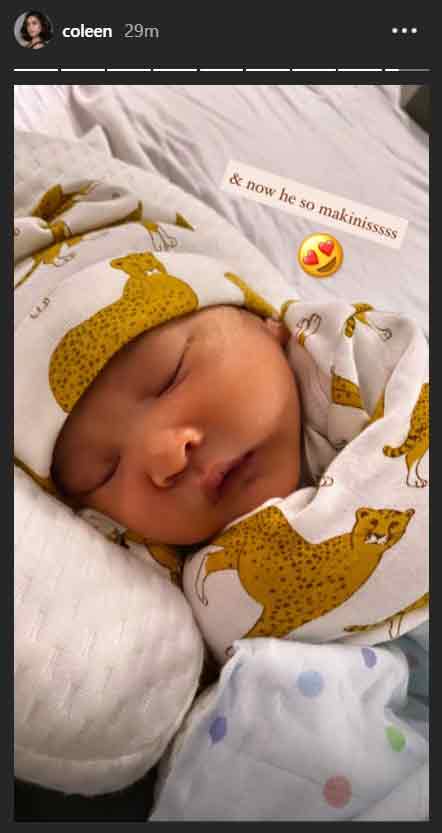 It so happened that among the topics during the online show was "mom shaming."

Toni Gonzaga, the host of I Feel U, asked Coleen about the reactions of netizens after she shared on Instagram the story of Amari's rashes and her remedy—breast-milk.

She stressed that it was not her intention to force her remedy on anyone, and that all she wanted was to share with the other mothers her own experience.

"Nae-enjoy ko lang. Like iyan, I learned that from someone else.

Coleen and husband Billy Crawford have both accepted that because of their work, they've opened themselves up to public scrunity.

She remarked, "All I can say is, naiintindihan ko rin why other people don't post pictures of the baby.

"Because may mga tao din talaga na who can be very harsh and iyong sobrang, 'Saan ito nangagaling,' di ba?

"Iba talaga. But for us, it's just a matter of acceptance.

"And it's not always gonna be something good. It's a matter of deciding who's opinion matter."