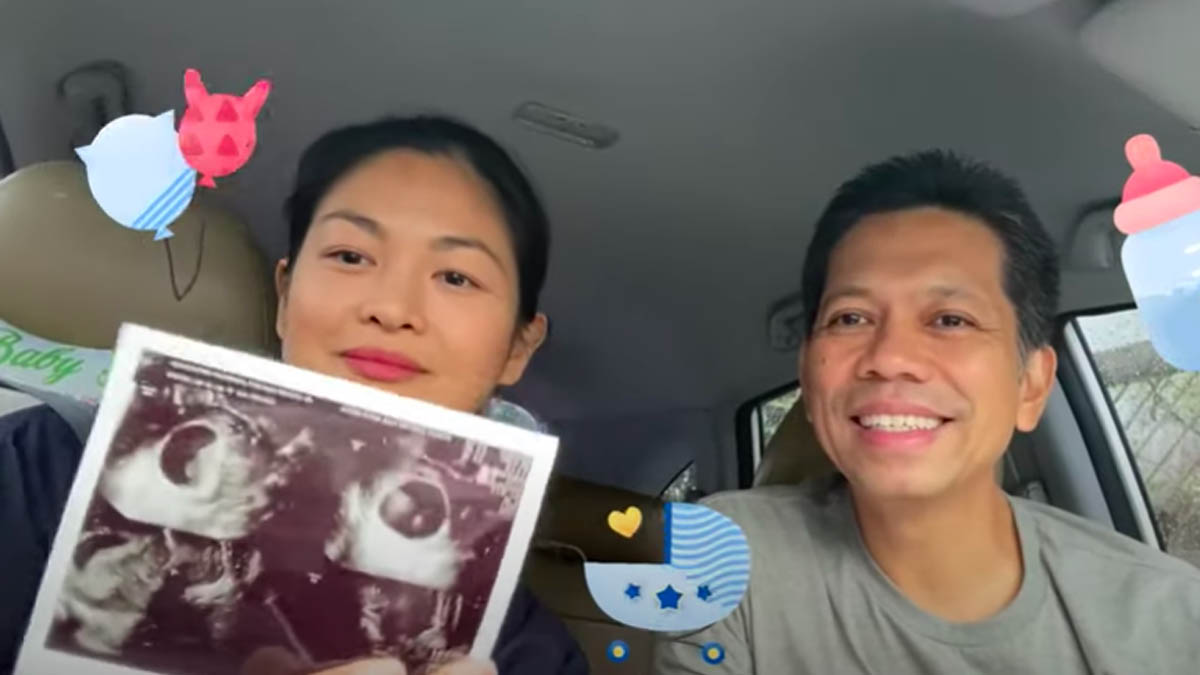 Miriam Quiambao, 45, happily announces with her husband Ardy Roberto that she is eight weeks pregnant with their second child.
PHOTO/S: Ardy Roberto TV on YouTube

Miriam Quiambao, 45, is pregnant for the second time.

Miriam began, "We have news for you before the year ends.

"And we're now so excited to share with you the great news that we are...I'm positive!

"Today [December 26] as of this recording, I am eight weeks and six days pregnant."

The news surprised the couple because, as Miriam put it, "We weren't expecting. We were praying."

Besides, the TV host had a hard time conceiving their first baby Elijah, who was born prematurely on February 17, 2019.

Ardy and Miriam got married in March 2014.

Miriam got pregnant with Elijah in 2018.

Back to the couple's pregnancy news, Miriam talked about her pregnancy symptoms.

"'Tapos yung mga symptoms ko, before when I was first pregnant with Elijah, like tenderness of the breast, hindi ko nararamdaman.

"So walang indication except for the missed period."

The result of the first test kit was "malabo."

The couple will know the gender on Miriam's next check-up.

Aside from Elijah, they have an adopted son Joshua, who is 12 years old.