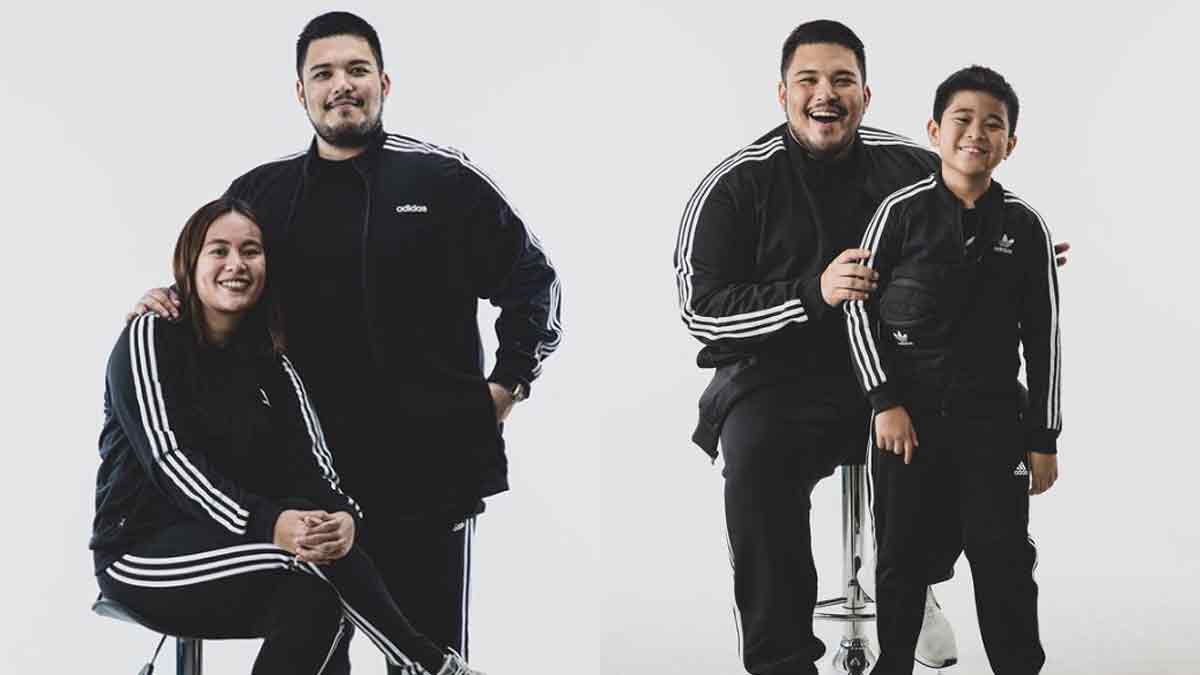 Patty Muhlach appreciates the special ways her husband Luigi Muhlach bond with their son Alejandro: "Growing up in the care and guidance of Luigi made Alejandro more empathetic."
PHOTO/S: @pattymuhlach, @muhlachluigi on Instagram

Patty Muhlach writes her husband Luigi Muhlach an appreciation post, thanking him for the great strides he has made to become a better father to their four children.

She reveals in her post that Luigi was not a demonstrative dad when first they had Alejandro, their oldest and only son.

Patty says she understood this is a normal issue among men facing fatherhood for the first time; overwhelmed, they freeze up.

With her gentle prodding, telling Luigi to go with the flow of his emotions, he began to change.

Patty recalls in her Instagram caption: "It took awhile before this sank in and the idea was appreciated.

"It also took a lot of prayers to pursue it until he finally succumbed and used it as his inspiration to become an engaging dad."

Three more kids later, Patty saw how much Luigi has changed through his influence on Alejandro, now 10 years old.

Patty relates: "There is nothing like the father-son relationship. It melts my heart when Luigi finds time for Alejandro.

"I know and I see that Luigi has a big influence on him. Alejandro looks up to his dad who is his hero and inspiration.

"He idolizes Luigi and feels fascinated when he fixes his toy or teaches him a new trick/skill...

"Interestingly, Luigi's relationship with Alejandro has been nurtured carefully at an early stage in Alejandro's life.

"Growing up in the care and guidance of Luigi made Alejandro more empathetic.

"Well, a small compliment from his dad is all it takes to make his day."

Patty ends her musing about the importance of thoughtful engagement with children in ways that will build their self-esteem, which will serve them well for the rest of their lives.

Luigi is the son of Aga Muhlach and Janice de Belen.