Jennylyn Mercado and Dennis Trillo's journey to parenthood so far 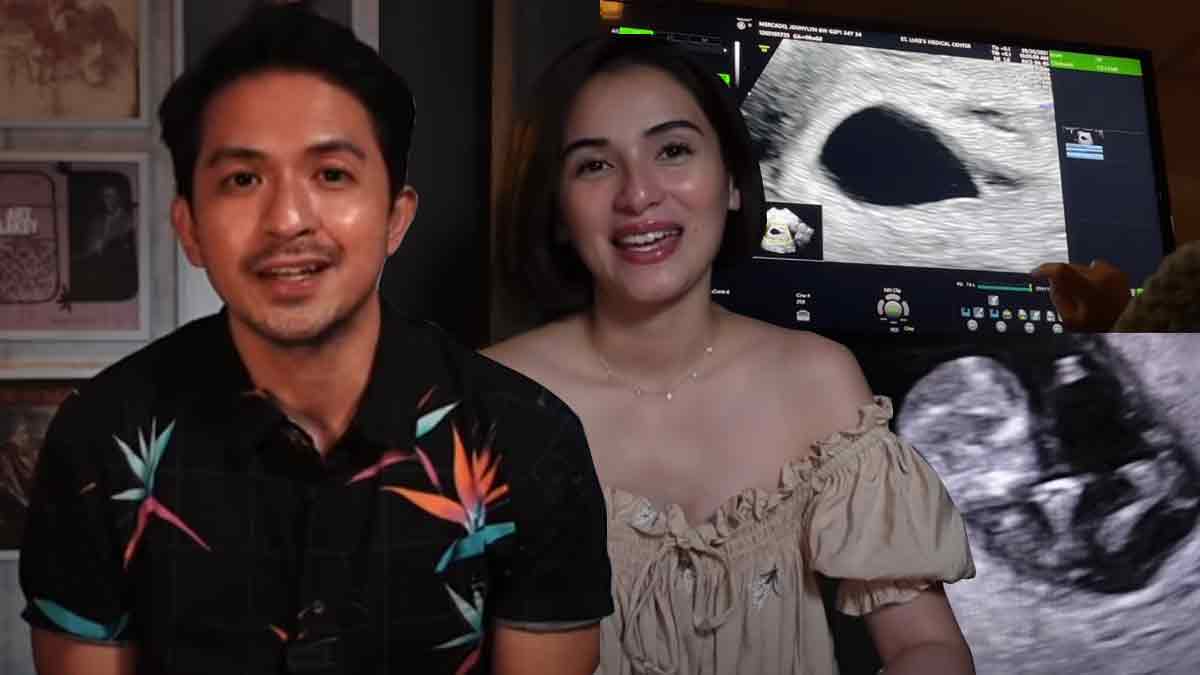 Jennylyn Mercado and Dennis Trillo are finally going to have a baby together. The couple looks back on their pregnancy journey so far.
PHOTO/S: Jennylyn Mercado on YouTube

After announcing their engagement and their pregnancy, Jennylyn Mercado and Dennis Trillo had been recounting the details of their announcement on YouTube.

Set to be retold in a series of vlog entries, the first episode centered on the proposal. Dennis asked for Jennylyn's hand in marriage on October 8, 2021.

After that, the vlog switched focus on their surrogacy and pregnancy journey.

Before Jennylyn got pregnant, the couple first intended to have a baby via surrogacy.

As defined by pregnancybirthbaby.org.au, surrogacy is an arrangement that "involves a woman [the surrogate mother] agreeing to carry a baby for someone else."

Jennylyn and Dennis first planned for this in 2018.

Dennis supported Jennylyn's decision and they tried for surrogacy here in the Philippines.

But their first attempt was unsuccessful.

For their second attempt, the couple decided to do it in the United States. Dennis revealed that the second try happened during the pandemic.

Jennylyn and Dennis thoroughly planned out their trips to the United States.

Dennis went through the procedure first. He flew to the fertility clinic in Dallas, Texas, where he donated his sperm for the fertilization process.

After five days, Dennis returned to Manila for the second taping cycle of his GMA-7 series The Legal Wives. At this time, it was Jennylyn's turn to fly out to the United States.

The actress first went to Las Vegas, Nevada where she prepared herself for the procedure. Jennylyn's preparation was longer, especially with all the medicines she had to take to ensure healthy eggs.

Then while Jennylyn was in the middle of preparation, another unexpected lockdown was imposed in Manila.

At that time, Dennis decided to fly out to Las Vegas to be with Jennylyn.

A few weeks later, Jennylyn and Dennis flew to Dallas to be closer to the fertility clinic.

Once the medications were done, it was time to harvest Jennylyn's eggs.

The couple spent a few more days in Dallas to wait for the fertilization results and their doctor said they had "the perfect embryo."

After that, Jennylyn and Dennis searched for the "perfect surrogate" to carry their embryo.

And they did find one before returning to Manila.

The implanting of the embryo was scheduled to happen in October, but then Jennylyn and Dennis got caught off guard when they found out that they were expecting.

Jennylyn was working on her upcoming series Love, Die, Repeat when she found out she was pregnant.

Jennylyn then took out her tarot cards and drew out three from the deck. All three cards were termed as "major cards" and it hinted that something good was about to happen.

With this in mind, Jennylyn asked Dennis to buy a pregnancy test kit for her and the result came out positive.

In the beginning, Jennylyn and Dennis decided not to let anyone else know that they were expecting. But this proved to be an emotional challenge for Jennylyn whose role in the upcoming series required heavy dramatic scenes.

She eventually had to tell the show’s executive producer and director because it was too difficult to keep it to herself. They were both supportive of Jennylyn’s pregnancy.

They allowed Jennylyn to leave the set momentarily to have a prenatal checkup and this was when she first heard her baby’s heartbeat.

Jennylyn and Dennis are both hoping for a baby girl.