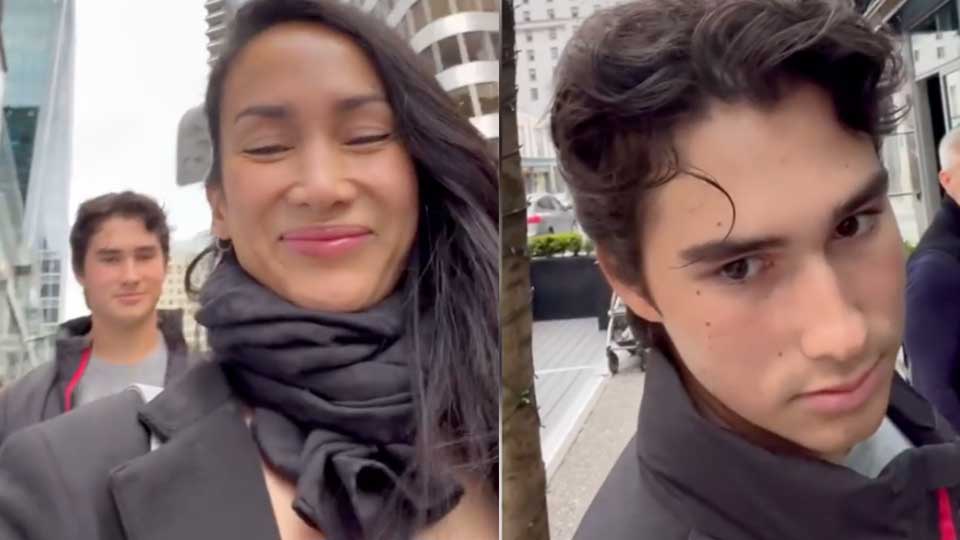 Ina Raymundo and Jakob Poturnak enjoying time together in Canada before he flies for a baseball training camp in Florida, USA.
PHOTO/S: @inaraymundo95 on Instagram

Actress Ina Raymundo is spending some quality time with her 17-year-old only son Jakob Poturnak in Canada.

On April 8, 2022, the 46-year-old celebrity mom shared on Instagram her bonding moments with Jakob as they walked down the streets of British Columbia (B.C.).

"Spending some quality time with my only sonshine [emoji]," Ina wrote in the caption of her post with the hashtag #JakPot.

A Pinoy fan in B.C. also spotted the mother-and-son tandem going around the city on a bike.

The two had been doing some bonding activities before Jakob flew with his baseball team to Florida, USA to train in a camp.

Jakob, who is currently part of the Canadian Junior National Team, will be playing against Major League Baseball (MLB) teams during the training.

In an Instagram post on April 1, 2022, Ina revealed that her three younger daughters—Mikaela, 15, Anika, 11, and Minka, 9—became emotional thinking their brother was leaving to finish his college studies in the States.

Ina uploaded her son's group photo with her siblings and wrote, "Anika said, 'This is sad, this is so sad..Why are they leaving? It’s just us now..'

"My girls were upset because their big brother left to play baseball.

"They feel he’s already leaving for college but I had to assure them that we will still see their Kuya Jakob before he actually leaves for University.

"I think they got a little traumatized when their ate @erikarae.p went to Boston. My girls are sad but I’m so happy for my son.

"He will be playing for the Canadian Junior National Team against MLB affiliate teams in Florida. So exciting! Go #JakPot ! Woohoo!"

Ina's panganay Erika is currently studying at Berklee College of Music in Boston.

Jakob will be a D1 baseball player for Xavier University in Cincinnati, Ohio. D1 stands for Division I, the highest level of intercollegiate athletics that is sanctioned by the National Collegiate Athletic Association in the U.S.