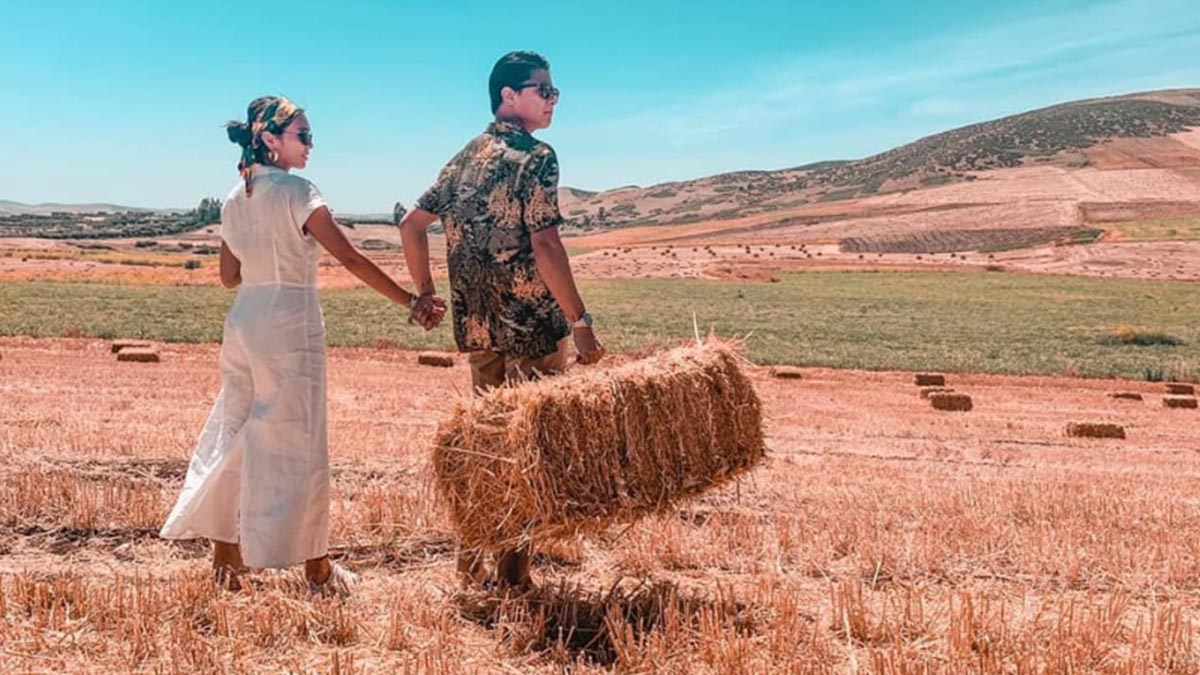 Kathryn Bernardo and Daniel Padilla are currently celebrating their 7th anniversary in Morocco. The couple officially started their relationship on May 25, 2012.
PHOTO/S: @bernardokath on Instagram

The Kapamilya couple officially started their relationship on May 25, 2012.

The place they picked to celebrate another milestone of their relationship? Morocco!

In an Instagram post last Friday, May 24, Kathryn uploaded a photo of her and Daniel while holding each other's hands with the majestic fields of Morocco as their backdrop.

She wrote, "New day, new adventure with this one!"

Kathryn and Daniel arrived in Morocco on Thursday, May 23, two days ahead of their 7th anniversary.

Their first stop is the city of Chefchaouen located at the northwest part of Morocco.

Chefchaouen is best known for its striking blue-washed buildings sprawled across its old town.

Kathryn uploaded a photo of the amazing view on her Instagram and wrote, "Ahhhh, finally made it here after several layovers! This view makes it all worth it though. [blue heart emoji]"

Their trip, of course, would not be complete with OOTD posts.

On Friday, Kathryn and Daniel explored Volubilis, one of Morocco’s best-preserved Roman ruins located at Meknes.

In a separate post, Kathryn was left in awe with everything she learned about the place's rich history.

She wrote, "Visited a UNESCO World Heritage Site today. Amazed by this place and its rich history!"