Kobe Paras is a doting brother to younger siblings 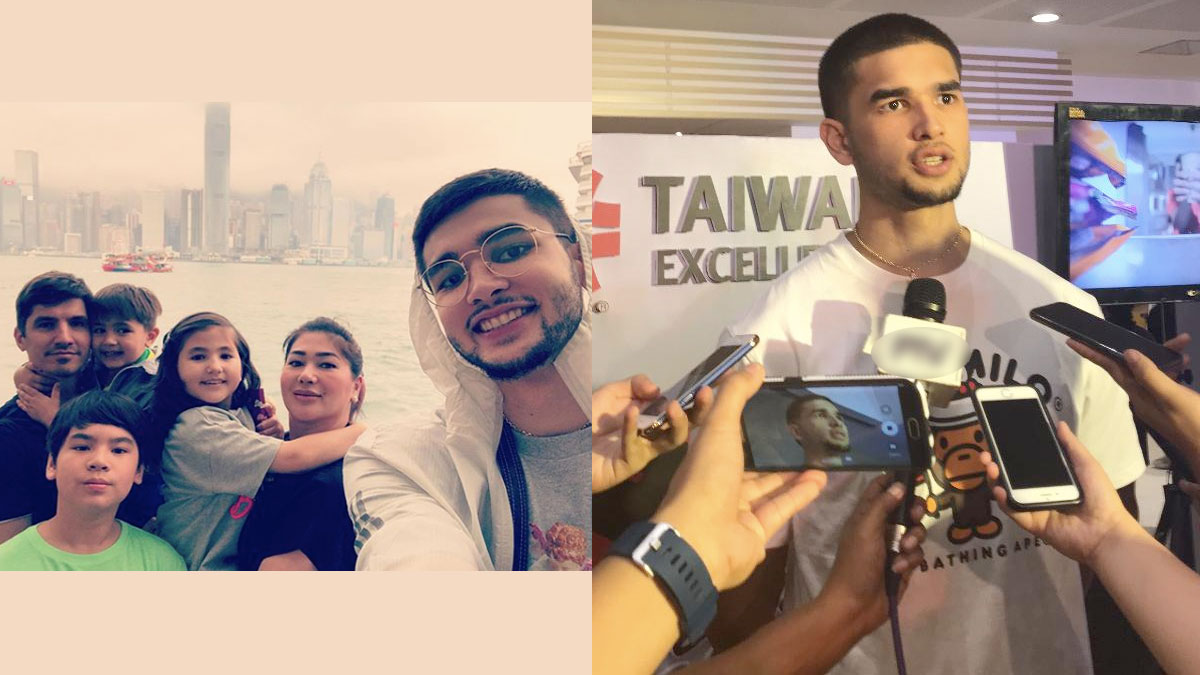 Kobe Paras is busy synchonizing his studies at the University of the Philippines and his training as player for the Fighting Maroons, the state university's basketball team.

With that kind schedule, Kobe could only wish for what he enjoys doing the most—travelling, especially with his family and most of all with his brother, Andre.

Right now, he can only rue the good old times.

He says, "We don't really travel that much now because we are... I am busy with school and he's busy with work.

"But when we were kids, we used to go to the beach so that was very memorable."

His memory of his recent travels was with his mom, Jackie Forster, who now lives in China with her family.

She married again, to Michel Franken, after her long separation from former husband Benjie Paras, the father of Kobe and Andre.

Going back to his story, Kobe relates, "I have been traveling a lot with my mom and her family and it's really cool to see because her family is known as a traveling family.

"They go everywhere, so it's cool na nasasama din ako doon, so I am just excited for what is next to come."

In fact, he relishes his role as big brother to his younger siblings, "I have to take care of them and do my big brother duties and watch out for them, and my mom is really appreciative, of course.".

The funny part is when they go to amusement parks, his 21-year old body can't do the rides anymore.

Good thing 4D and other virtual rides have bigger seats so Kobe can still have his fun.

PEP.ph (Philippine Entertainment Portal) spoke with Kobe at the Taiwan Excellence 3x3 Hoop Challenge 2019, where he and Andre served as tournament ambassadors.

At the moment, Kobe does not have any upcoming travels with his family abroad, even with Andre.

But he is hopeful, "Ngayon, wala pa, we're all busy with work, pero hopefully may masiksik kami soon."

For Kobe, travel and passion are connected, "I try to do as much as I can, I saw, I studied na it's way better purchasing a ticket abroad than buying material things kasi you create memories.

"And I am very passionate about it also, that is one thing I am really looking forward to."

There is also the guilty pleasure of shopping abroad.

He shares, "Recently, I was in Hong Kong and that was really fun. It's malapit lang sa amin, sa atin sa Philippines, so really cool because I love shopping, shopping there is non-stop talaga."

Kobe also has done some travelling as a player for the Fighting Maroons.

This year, the team will join the Buddha Light International Association Cup in Kaohsiung, Taiwan, in mid-July.

Last year, the UP Fighting Maroons participated in the training camps in Serbia and Croatia.

Kobe shares, "It's a great bond for us a team, it's not an every day thing na a team can travel and be together so I am really happy they are doing this for us."

Given the chance, Kobe would like to lug around the Taiwan Excellence-approved Departure luggage, a multipurpose carry-on, "We should have one that sleek and comfortable, something I want every time I travel."