Where to go in Seoul, South Korea, according to Richard Juan 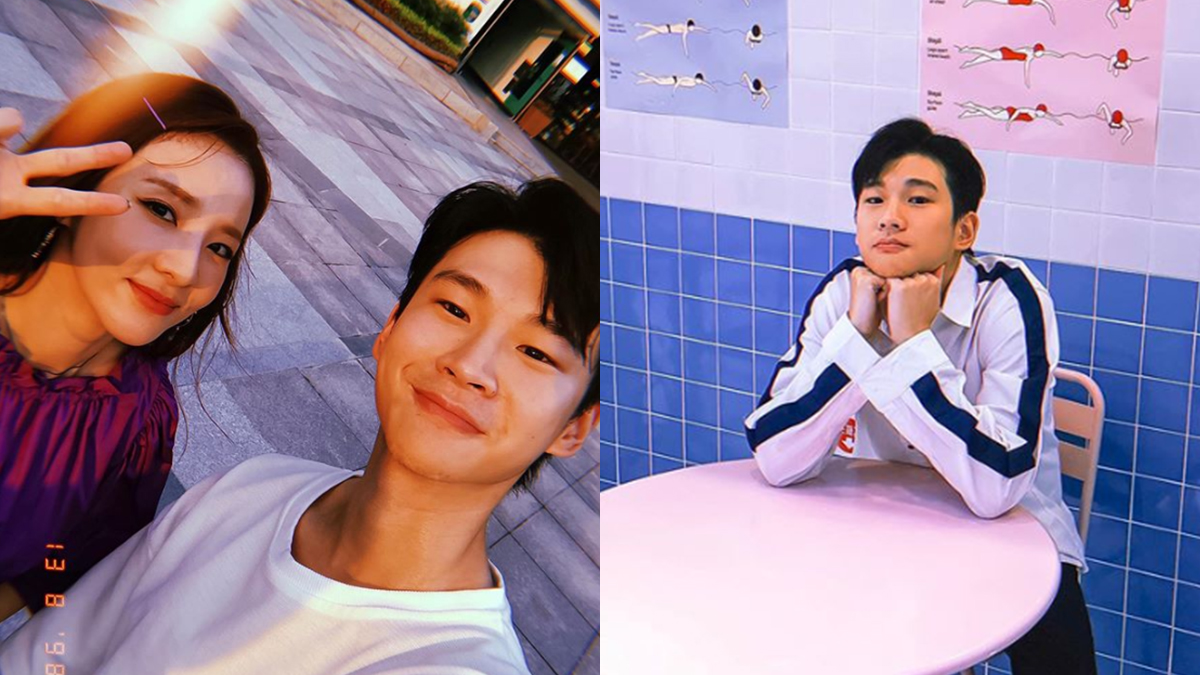 Richard Juan had the best time of his life exploring the streets of Seoul, South Korea along with the country's top stars, former 2NE1 member Sandara Park and G.O.D.'s Joon Park.

The 27-year-old model/host was tapped by TvN to be one of their special guests for the travel show Create My Seoul, which will air this October.

PEP.ph (Philippine Entertainment Portal) talked to Richard about his trip to South Korea last August 22, at the launch of Montblanc 1858 timepieces at the Grand Hyatt Manila in Bonifacio Global City.

Richard enjoyed all the new activies that he never got to do during his previous visits to Seoul.

He told PEP.ph, "It was just us looking at social media and finding out places in Korea na it's not very mainstream. Everybody's been to Namsan, the Hongdae area, the shopping."

What made the trip more special and memorable was that he was in the company of South Korean celebrities. Richard was glad to have made friends with Joon and Dara.

He told PEP.ph, "[Joon] is a super cool guy, super down to earth, the most genuine, humble... I mean, there's just all good words to describe him. Sobrang bait niya and sobrang high energy."

Richard added, "They're such genuinely nice people 'cause we really genuinely became friends. Like all four of us, the regional artist, and Joon, we made a Kakao Talk group chat.

"He was the one who initiated it. The fact that he did that kind of stuff, it makes me feel like, 'Wow, he treats us as friends!'"

This is also why Richard is already looking forward to his next visit to the "Land of the Morning Calm."

"The next time I'm in Korea, I will try to hit him up and maybe grab a bite or something. Dara, when she comes back, hopefully, we'd get to meet up and see what we can do."

There's definitely a lot of things you can do in Seoul but if you're not the type who likes visiting palaces or museums, Richard suggests other activities you might want to try.

1. Sing your heart out at a noraebang place

One activity Richard enjoyed the most was his visit to a noraebang place in Seoul.

"Noraebang" is the Korean term for karaoke. Richard had fun singing popular K-pop songs with Dara and Joon.

He recalled, "There's this noraebang place or karaoke place where you can sing in front of a glass mirror. So parang you're singing in front of like a crowd."

Kim Soo-hyun is a South Korean actor known for his roles Moon Embracing the Sun, My Love from the Star, among others.

Noraebang places are usually found in nightlife districts of Seoul such as Hongdae, Sinchon, or Konkuk University. The fee is around KRW6,000 (around PHP270) to KRW30,000 (around PHP1,230) an hour depending on the room's amenities.

2. Make a wish at the Naksan Park

Richard also visited this "chill" place while he was in Seoul for the show. The place actually got its name from its camel hump-like appearance.

He said, "Another place we went to is called the Naksan, which means Camel Mountain kasi it looks like a camel or something like that. It was another place where people are making wishes."

K-drama fans recreate scenes from the 7th episode of the hit series The King 2 Hearts (2012) when they visit this park. The series stars Lee Seung Gi, Ha Ji Won, Lee Yoon Ji, and Jo Jung Suk. In this episode, Princess Lee Jae Shin (played by Yoon Ji) and her royal guard, Eun Shi Kyung (played by Jung Suk) came and made a wish upon a shooting star.

Naksan Park is located in the center of Seoul and gives an extraordinary panoramic view of the city especially during Spring or Autumn. To get here, you can take the subway to Hyewa Station and use the Exit 2. It will take at least a 10-minute walk from the subway to the park. Admission is free.

3. Take a stroll at the Seoul Fortress Wall footpath

While you're in the area, you can also take a short walk at the Seoul Fortress Wall footpath. Naksan Park is a part of this wall, which was built in 1396 to protect Seoul (formerly known as Hanyang) against aggressors.

Tourists usually go on a food trip every time they visit a new country. For Richard, one of the best ways to do this is to try the restos located in the city's unfrequented areas.

Richard went with the crew to a restaurant called Dooreyoo, a highly-recommended place located at the Gahoe-dong neighborhood in the district of Jongno.

According to viamichelin.com, this restaurant serves "temple-style vegetable preparation methods to full-course han-jeongsik-style Korean meals" inspired by how Koreans ate their food centuries ago.

Roller skating is also a popular activity among Korean millennials. Richard along with Dara and Joon went to one inland skating rink in Seoul to try out this activity for the show.

He said, "We did roller skating. It's called 'Newtro' or 'New Retro.' They're bringing back a lot '80s stuff, a lot of '90s stuff. Yung mga nakikita mo before, it was more like a disco roller skating place."

Tickets to inland roller skating rinks in Seoul are usually priced at KRW15,000WON or around (PHP650) for two hours.