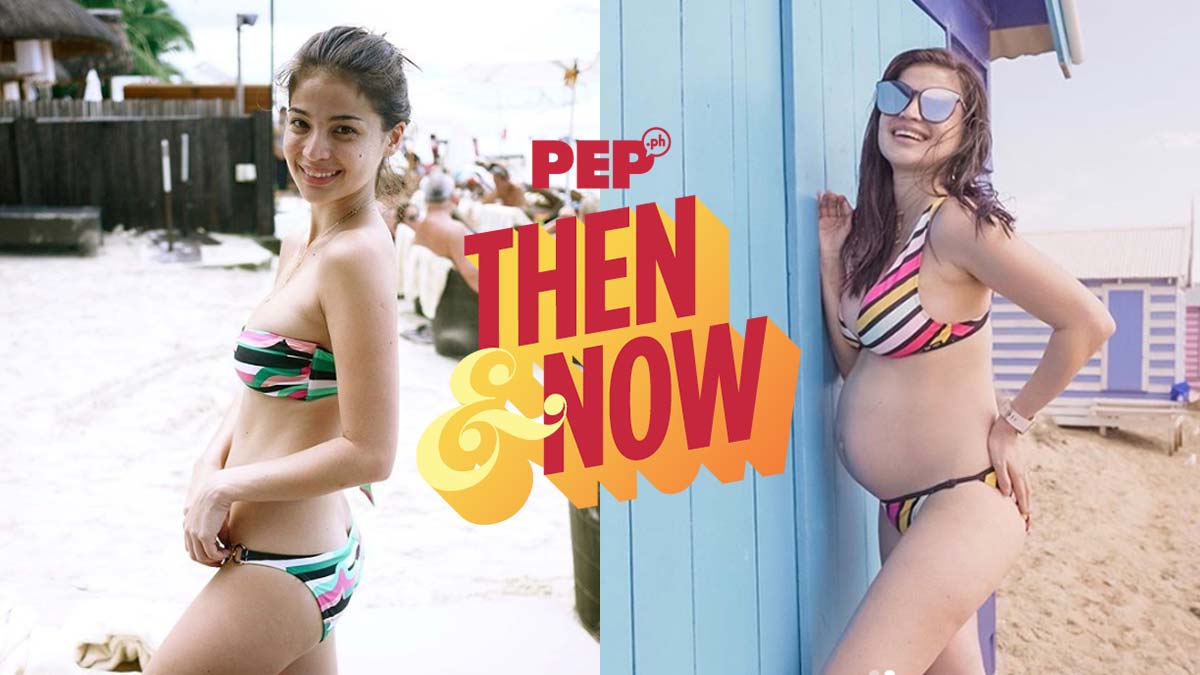 2009 vs. 2019: Anne Curtis will begin the next decade as a new mom to her daughter with husband Erwan Heussaff.
PHOTO/S: @annecurtissmith on Instagram

Anne Curtis takes to Instagram as she gears up to welcome a new decade.

Taken in 2009, the first photo shows her looking slim and fit in a bikini.

At the time, the ABS-CBN star was single and flew to Spain for a two-week vacation.

It was during this vacation that Anne crossed paths with Erwan.

A year later, Anne revealed she was dating the chef-restaurateur.

Anne and Erwan traveled the world together, exploring the wild, going on food trips, and attending music festivals.

They kept their relationship mostly private, keeping showbiz out of the equation.

But thanks to social media, fans got to see their sweetness to each other.

In 2016, Anne and Erwan announced their engagement.

Erwan popped the question during a trip to the States.

On November 12, 2017, Anne and Erwan got married in an outdoor wedding ceremony in Queenstown, New Zealand.

Anne and Erwan are expecting a baby girl.

She is now on her 30th week of pregnancy.

The couple is currently in Melbourne, Australia.