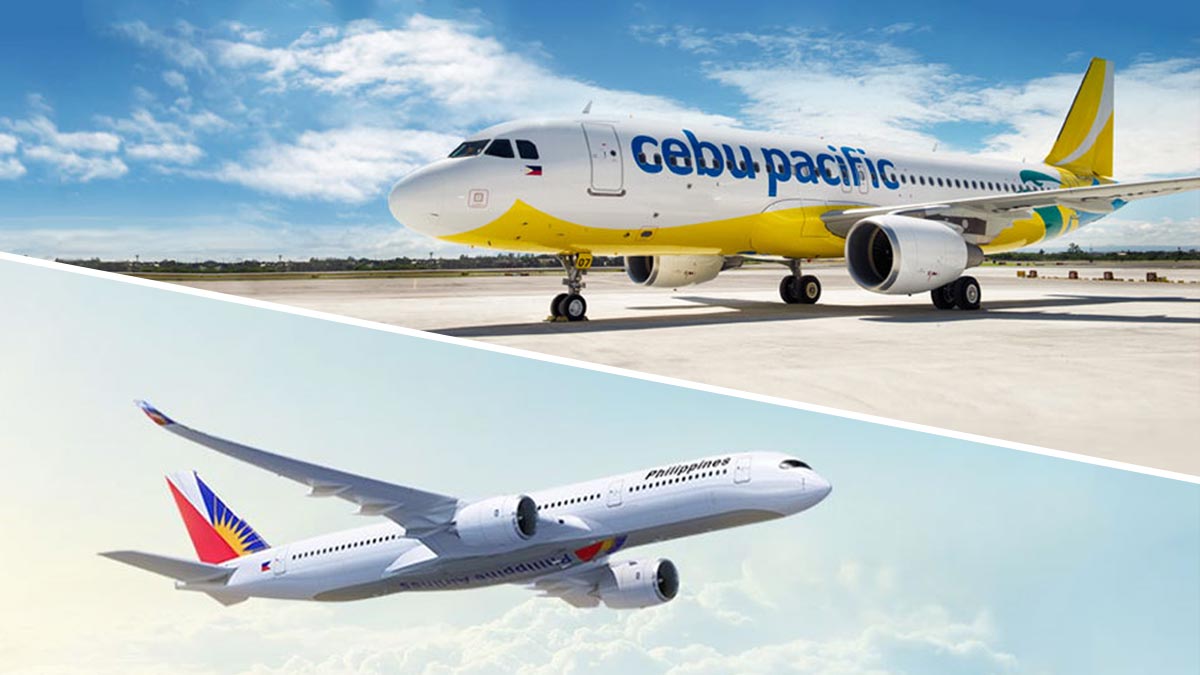 Summer is just around the corner and for the adventure seekers, it's going to be boon time.

Philippines' top airlines are kickstarting March with irresistible deals both for their domestic and international flights.

PEP.ph (Philippine Entertainment Portal) rounds up some of these hot deals that you must score now before it's too late!

Every Juan's budget-friendly airline is celebrating its 24th anniversary on March 8, 2020.

As their way of thanking their supporters, Cebu Pacific brings back its Super Seat Fest where you can book one-way flights to any destination for as low as PHP1 from March 3 to 5, 2020.

Cebu Pacific launched the promo "Be A Baryahero" last March 2, at the Ascott Hotel Makati.

At the launch, Vice President for Marketing and Customer Relations Candice Iyog explained the promo, "Today, we would like invite everyone to be a baryahero dahil kaya nang bymahe sa halaga ng barya lang.

"So starting midnight tonight, we launch our month-long fest of deals with our trademark piso sale," she said.

"So our 3-day Piso sale will begin tonight [March 3] at midnight, opening with all domestic flights... Followed by March 4, purely international destinations, and then on the third day, which is March 5, all the remaining seats.

The airline is also extending the merrymaking until the end of March with huge discounts on travel essentials: up to 75 percent on hotel accommodations, up to 40 percent on in-flight meals, up to 43 percent on Wi-Fi kits, and up to 20 percent on airport transfers.

Hurry and book a getaway on the Cebu Pacific website today.

PHILIPPINE AIRLINES: as low as PHP80

Philippine Airlines is also celebrating its big 8-0 this month with its Countdown to 80 seat sale.

You can now book domestic flights with the country's flag carrier for as low as PHP80 and, avail yourselves of up to 80 percent discount on roundtrip flights to any international destination until March 8, 2020.

The discount applies only to domestic flights scheduled from March 16 to December 10, 2020, and international flights beginning April 1 to December 31, 2020.

Start your summer escapades by stealing the deals on the Philippine Airlines website now.

AirAsia is taking its loyal customers a lot closer to the summer's hippest destinations with its Freedom Sale.

Booking started last February 24 and will end on March 7, 2020. Members of AirAsia's BIG loyalty program are offered big discounts on one-way flights to selected domestic and international destinations from February 24 to September 30, 2020.

Flights from Manila to Iloilo, Kalibo, and Cagayan De Oro range from PHP688 to PHP1,288; Cebu to Caticlan, Cagayan De Oro, and Puerto Princesa from PHP588 to PHP688; and Clark to Kalibo, Iloilo, Cebu, and Davao from PHP188 to PHP788.

Trips to Bangkok, Kaohsiung, Singapore, and Taipei start at PHP1,688.