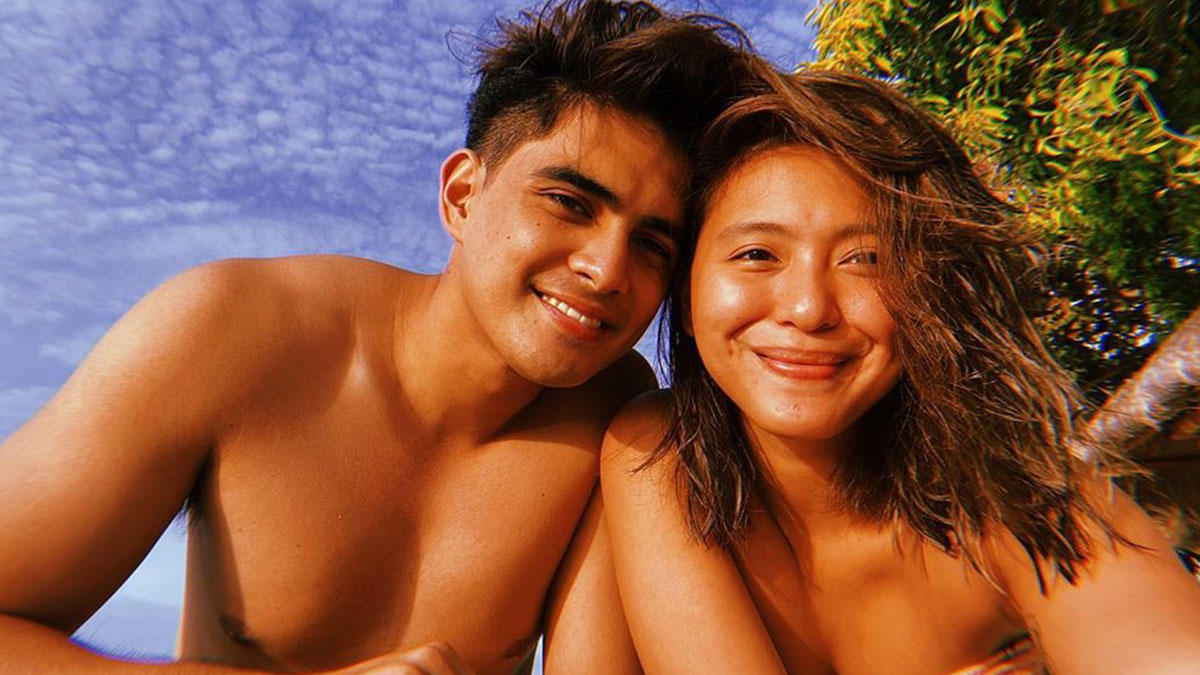 Newlyweds Joyce Pring and Juancho Triviño are now enjoying their honeymoon in Coron, Palawan. Joyce and Juancho tied the knot on February 9, at Sofitel Philippine Plaza in Manila.
PHOTO/S: @joycepring on Instagram

Almost a month after tying the knot, newlyweds Joyce Pring and Juancho Triviño head to Coron, Palawan for their honeymoon.

The Kapuso couple flew to the island on Friday, February 28.

Based on the geo-tags in Joyce's posts, they are staying at Club Paradise, an exclusive island resort.

Joyce has been keeping her Instagram followers updated by uploading some of the photos.

On Saturday, February 29, she posted their couple photo with the caption: "My youth is yours [note emoji] #TheTrivinos #Juanchoyce #joythtotheworld"

Her caption read: "Grateful that the Lord appointed you to be my husband. not everyone can say they married their bestfriend, co-host, and long-time stalker. [emoji] jkkkkkk

"I love you Mr. Triviño. [emoji] here’s to more discovering and exploring together!!!"

Some of her candid moments by the beach.

In an interview with PEP.ph (Philippine Entertainment Portal) last February 27, Thursday, Joyce said she and Juancho plan to explore the world on their first year as a married couple.

"We'll be traveling a lot," she told PEP.ph after the Downy Premium Parfum #NeverFade event at Manila House in Bonifacio Global City.

She continued, "I got Juancho tickets to an NBA game for April.

"That's his number one dream so I'm bringing him there to the States.

"And then, just a lot of traveling this year."

Meanwhile, PEP.ph also asked Joyce about the changes she has experienced now that she's married.

Joyce said there aren't many big changes yet.

"I think, apart from the fact that you wake up next to someone, to the love of your life, apart from that, it's really not much different.

"But it's a great blessing. It's good adjustment also and a lot of growing up."

Joyce and Juancho tied the knot on February 9, at Sofitel Philippine Plaza in Manila.