Areas in the Philippines under community quarantine 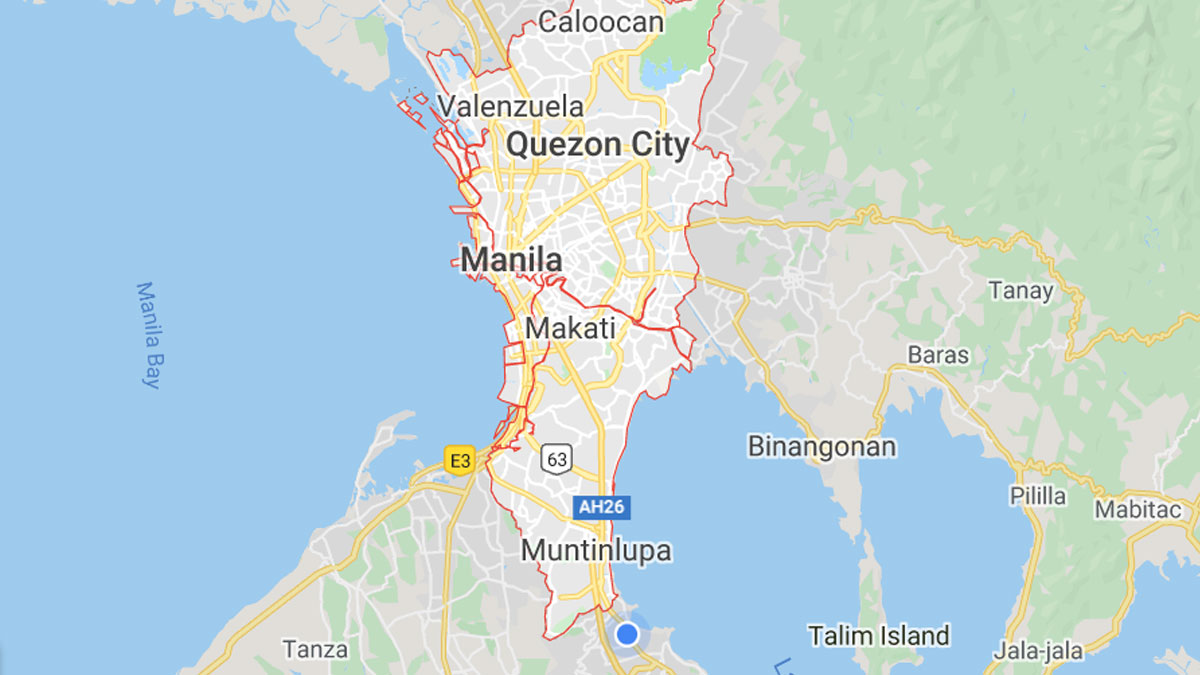 At press time, the Philippines has recorded 52 laboratory-confirmed cases of coronavirus disease (COVID-19), with five deaths.

There are also confirmed COVID-19 cases in Batangas, Cavite, Bulacan, and Negros Oriental—where affected cities and municipalities have been implementing stricter rules to contain the spread of COVID-19.

Here are the areas that are under "community quarantine," as of March 13, Friday: 1. Manila

During the quarantine period, land, domestic air, and sea travel in and out of Metro Manila will be restricted.

Those planning to go to the provinces, passengers may fly through the Clark International Airport.

The Ninoy Aquino International Airport will continue its operations for international flights, but with restrictions.

Meanwhile, mass public transports including trains, such as Light Rail Transit (LRT), Metro Rail Transit (MRT), and Philippine National Railways (PNR), will continue to operate during this period as long as they follow "social distancing guidelines."

The public is prohibited from holding mass gatherings. Classes in all levels and work in the executive branch are suspended until April 12.

Transactions with government offices such as PhilHealth, GSIS, and SSS will continue as long as these agencies will maintain skeletal workforces.

Meanwhile, Filipinos from nearby cities and provinces employed in Metro Manila are still allowed to go to their work as long as they present proof of employment, such as a company ID, on designated checkpoints.

Private companies are encouraged by the government to implement a flexible work schedule or work-from-home scheme.

Two of the three laboratory-confirmed cases of COVID-19 in Cainta had died on March 11 and March 12.

Mayor Nieto's Facebook post read: "Pursuant to the President’s pronouncements, documented in an inter agency resolution involving Covid19, and further considering the presence of three confirmed cases of subject virus situated in Barangays San Isidro and San Andres, two of whom died today, I am constrained to place the entire town of Cainta under quarantine.

"The implementation however shall coincide with the effectivity of Resolution No. 11 series of 2020 issued by the inter agency task force for the management of emerging infectious diseases. Implementation guidelines covering the declaration shall be discussed, decided and circulated tomorrow at 9am.

Currently, Mayor Nieto has been implementing misting and fumigation activities to cleanse the streets of Cainta. Aside from this, the municipality of Cainta has been giving free alcohol and soap to its residents.

Governor Arthur Yap announced on Friday, March 13, that Bohol will be placed under "community quarantine" for five days, from March 16 to 20.

During this period, Gov. Yap said they will create a task force composed of local officials, agencies, civic, and religious organizations that will install preventive measures against the spread of COVID-19.

The area will bot be opened to tourists. But those who are already in Bohol and leaving the region will be allowed.

According to Inquirer.net, Gov. Yap said on Friday morning during his weekly program Tingog sa mga Bol-anon, "If people want to leave, they are allowed to leave. That’s why this is not a lockdown.

Currently, there is no laboratory-confirmed case of COVID-19 in Bohol.