Jim Paredes owns up to video scandal: "The video was real." 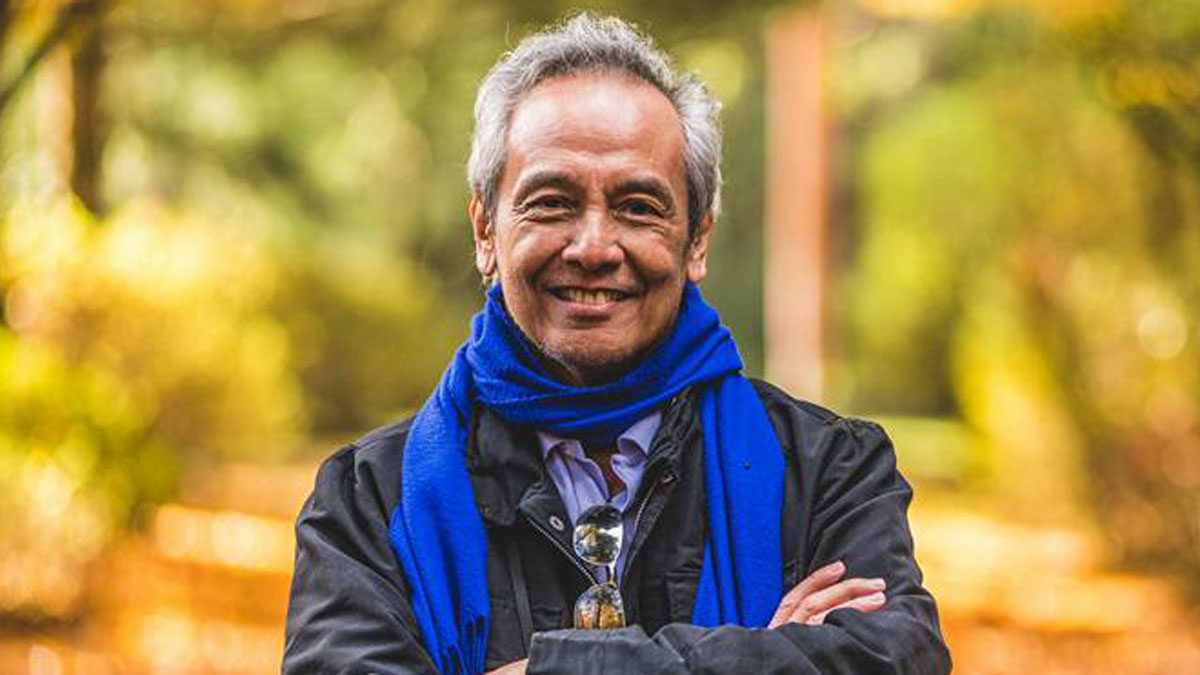 Jim Paredes apologizes for video scandal: "I made a mistake, I was irresponsible. And I am truly sorry."
PHOTO/S: Courtes: Jim Paredes on Facebook

"This is very difficult for me to write, and for many of you, it will be painful to read.

"The video was real. It was private, and not meant for public consumption. I do not know how it became public.

“I can only surmise that in this ugly season of toxic politics, muckrakers determined to neutralize my influence by violating my privacy and digging up dirt on me are at work.

"When I saw it on social media, I was in a quandary how to respond. But after mulling and praying over it, I decided to come clean.

"There are already too many lies and liars in this world. I do not wish to be a part of that cabal. I have chosen to be truthful because I know that painful as the truth can be, it will eventually set me free.

"I have never tried to project myself as perfect. Of all the sins in this world, I believe sex is the most human of all.

"I am not saying this to excuse what, I regret, was broadcast on social media. I have always expressed my feelings freely.

"Today, I wish to express my truth. I am a flawed person, a human being, much like everyone else. I made a mistake, I was irresponsible. And I am truly sorry.

"I know many of you have judged me and condemned me, and those who held me in high esteem are disappointed in me, to put it mildly. I apologize for my irresponsibility.

"But most especially, I stand in bottomless sorrow and contrition before my family who are reeling from the hurt and aggravation, and the embarrassment and shame, that should only be mine.

"I pray that they be spared any more wicked trolling by those who would revel in their pain." 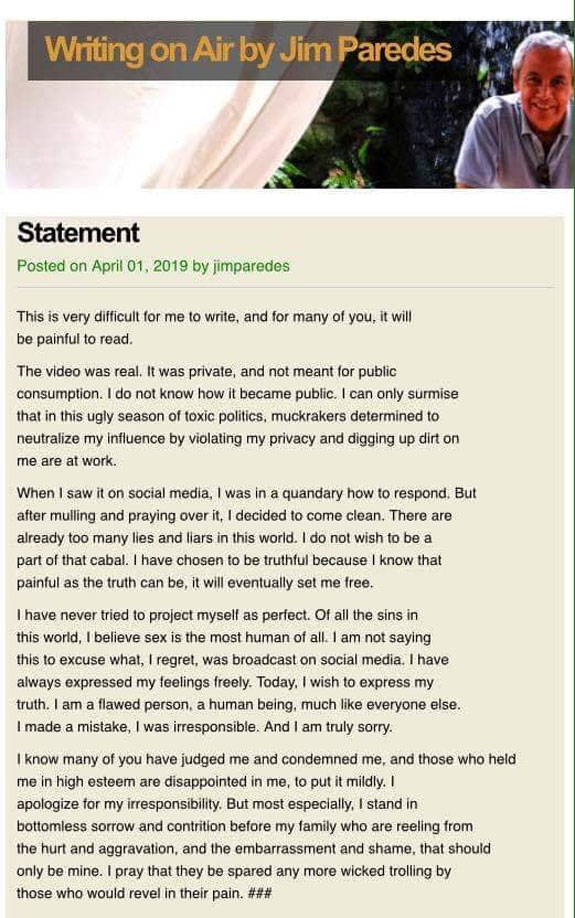