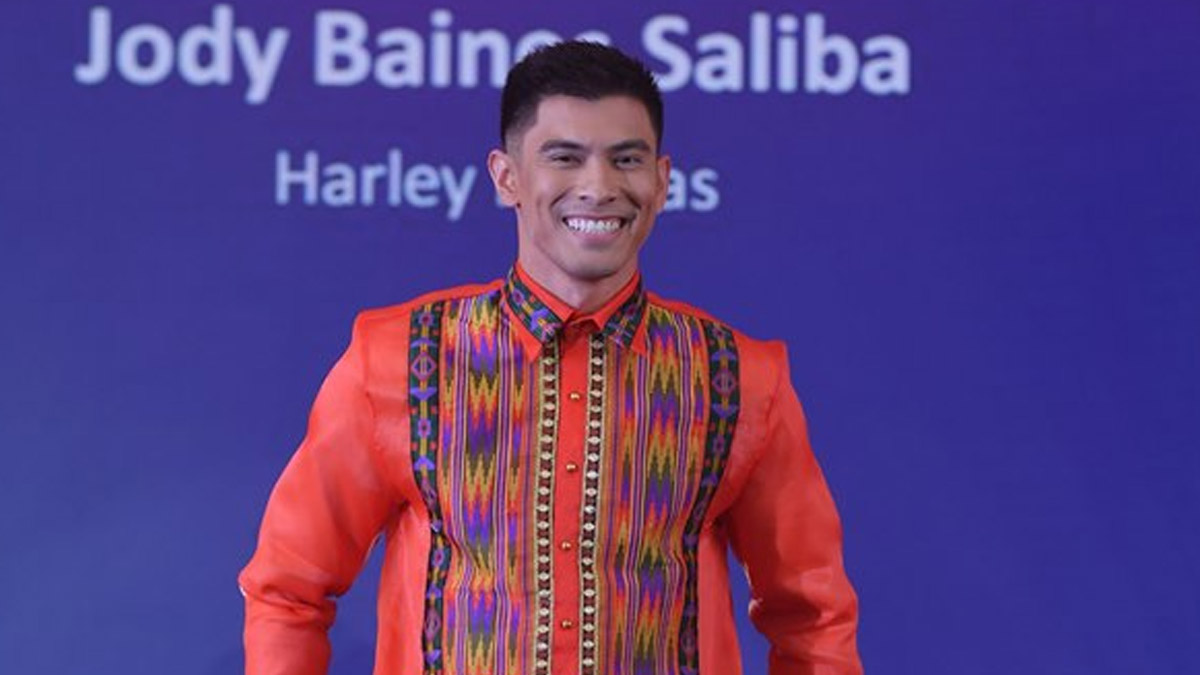 Philippine representative JB Saliba participates in a fashion show at the Mister World 2019 Gala Charity Night on Wednesday, August 21, at the grand ballroom of Novotel in Quezon City.
PHOTO/S: COurtesy of MrWorldFinal on Facebook

JB Saliba used his modeling background to his advantage for the Top Model fast track challenge at the Mister World 2019 competition.

Together with 71 other candidates from all over the world, JB participated in a fashion show for Mister World 2019 Gala Charity Night on Wednesday, August 21, at the grand ballroom of Novotel in Quezon City.

In an interview with PEP.ph (Philippine Entertainment Portal), JB expressed how grateful he is for the support he has received as he tries to win the Philippines' first Mister World title.

"It's not just for me. It's a fight for the entire Philippines, so sana makuha natin ang first Mister World for Philippines."

Does he feel the pressure now that it's hours away before the announcement of the new winner?

JB replied, "Wala naman 'cause I know that the entire Philippines is on my back on this one, so the more the support, the more na mas lumalakas ang loob ko."

So far, JB has been enjoying everything he had experienced in the competition.

He said, "The most memorable for me is the slipper stairs challenge from Eat Bulaga. It's one of a kind, talagang super saya."

JB also revealed the first thing he would do after the competition.

The model said, "Be with my family 'cause I've been here for three weeks, and I haven't seen them since then, so I'll be wth my family muna."

The talent fast track challenge was also held at the charity gala night.

Tonga's Mikaele Henry Ahomana was hailed the winner of the talent competition after performing the song "Bless the Broken Road" by Rascal Flatts.

England's Jack Heslewood showcased his talent in playing the drums, while Netherland's Ashley Peternella charmed the crowd with his skills in ballroom dancing. Both candidates were named second placers.

South Africa's Fezile Mkhize won the Sports Challenge, and Ireland's Wayne Walsh emerged as the winner of the Extreme Challenge.

Winners of the fast track challenges earned a spot at the top 12 over-all finalists.

Special awards were also given at the gala charity night.

The reigning Miss World titleholder, Vanessa Ponce, also hails from Mexico. How does Brian feel about the possibility of bringing Mexico another title by winning the Mister World pageant?

He said, "I could say, why not? Everything could happen. Everyone has the opportunity to be Mister World. To have Vanessa being the reigning Miss World, it's kind of a pressure but it makes me bring my best."

Members of the press asked Jack how he feels now that he's one of the competition's front-runners.

He said, "I've been really, really trying and training for each round and I'm just gonna give it my best shot. Just try as hard as possible, at the same time, really, really enjoy it."

The winner of the Mister World 2019 pageant will be named this Friday, August 23, at the pageant's culminating activity at the Araneta Coliseum in Quezon City.