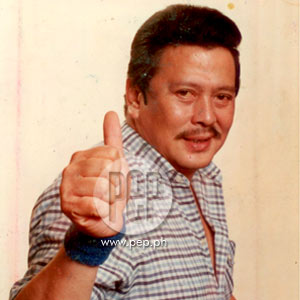 "Whereas, this administration has the policy of releasing inmates who have reached the age of 70,

"Whereas, Joseph Ejercito Estrada has been under detention for six and a half years,

"Whereas, Joseph Ejercito Estrada has publicly committed to no longer seek any elective position or office,

"In view hereof and pursuant to the authority conferred upon me by the Constitution, I hereby grant executive clemency to Joseph Ejercito Estrada, convicted by the Sandiganbayan of plunder and imposed a penalty of reclusion perpetua. He is hereby restored to his civil and political rights.

"Upon acceptance of this pardon by Joseph Ejercito Estrada, this pardon shall take effect. Given under hand at the City of Manila, this 25th of October, in the year of our Lord, 2007."

ESTRADA ASKING FOR PARDON. On Monday, October 22, GMA News reported that Estrada, through his lawyers, withdrew his motion for reconsideration and appealed for a "full, free, and unconditional pardon."

That same day, Atty. Jose Flaminiano, one of Estrada's lawyers, sent a letter to Malacañang stating, "Today we filed a withdrawal of his motion for reconsideration. President Estrada himself believes that appeal to the Supreme Court would be futile or even the possibility of a favorable judgment will not justify several more years of detention."

Flaminiano also wrote that the "delicate condition" of Estrada's 102-year-old mother, Doña Mary Ejercito, "deteriorated when she learned of what has befallen her son."

Moreover, the lawyer also said that Estrada's ouster from the presidency and the humiliation that came with it was enough punishment.

JINGGOY'S REACTION. In an interview from Geneva, Switzerland, Estrada's son, Senator Jose "Jinggoy" Estrada, expressed his feelings about the executive clemency that was granted to his father.

He further said, "I cannot describe in words how I feel. I am very happy... And my father has forgiven all who betrayed him."
Read Next
Read More Stories About
President Joseph Estrada, Senator Jinggoy Estrada, plunder case
Post a Comment
Featured
Latest Stories
Trending in Summit Media Network