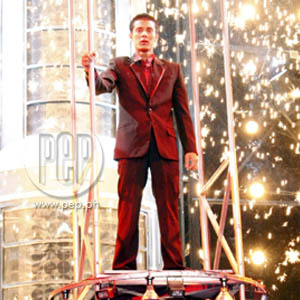 For 75 days, the teen housemates lived as tenants of Big Brother inside his yellow house in Quezon City. Tonight, June 7, the viewers voted on who should emerge as the Big Winner out of the 14 teens that have been part of Pinoy Big Brother Teen Edition Plus. Their journey, which started last March 23, ended earlier tonight with much festivity at the Araneta Coliseum.

Throughout the night, PBB hosts Toni Gonzaga, Luis Manzano, Bianca Gonzales, and Mariel Rodriguez informed the public about the votes garnered by the Big Four. In the end, Ejay was named the Big Winner for gaining 36.31 percent of the viewers' total votes.

The "Promdi Hottie" from Mindoro received a total of 620,934 votes. He gets a P1.5 million business package from the Crystal Clear water purifiying company, a laptop, a kitchen showcase, a 46-inch LCD television set, a condo unit, and a cash prize of P1 million.

The fourth teen placer is Beauty, the "Rebellious Beauty" of Dumaguete. She will receive P200,000, a laptop, and a kitchen showcase for garnering 186,523 text votes or 10.91 percent of the total votes.

The other teen housemates who participated in this edition were Jieriel Papa (the Bubbly Girl of Davao), Jolas Paguia (the Gentle Giant of Davao), Marc Josef Elizalde (the Lethal Lasallite), Arnan "Nan" Clenuar (the Junior Kengkoy of Davao), and Rona Marie Libby (The Prisoner's Daughter of Dumaguete). One noticeable addition was Priscilla Mae Navidad, a 17-year-old girl who was dubbed as the Deaf Dreamer of Davao.

Some half-blooded Pinoys also made the cut: Kevin Flood (the "Spanish Stallion" of Madrid), Valerie Weignmann (the "Dazzling Doll" of Germany), and the Half-Swedish Linda Backlund (the "Bikini Babe" of Iriga).

The evicted housemates performed with Project 1 while Kim and Gerald came back with the rest of the cast of My Girl for a featured number.

New Kapamilya Billy Crawford performed his biggest hits for the finale. Billy will be one of the hosts of the second season of Pinoy Dream Academy, which will replace PBB Teen Edition Plus.

This edition has been marked by a lot of innovations, particularly the inclusion of the Guardians (parents and relatives of the housemates) inside the PBB house. They also had their own Big Night wherein Daddy Erning (the stepfather of teen housemate Ejay Falcon) emerged as the winner.

Another major event that took place was the formation of the Grand Council, composed of former housemates, who interrogated the five remaining housemates a few days before the Big Night. One enjoyable activity that the housemates went through was the Island Adventure that took place in Puerto Prinsesa, Palawan.

During the final eviction night held last Wednesday, June 4, Alex Anselmuccio was asked to leave the PBB house for getting the lowest percentage of votes from the viewers. The Italian Valentino of Milan only got 5.07 percent of the votes, eliminating him from the Big Four.

The results of the PBB Teen Edition Plus also reflected the recent poll posted by PEP, as to who would possiby be the Big Winner. Fifty percent voted for Robi, Ejay got 32.77 percent, Nicole got 10.21 percent, and Beauty ended up with 7.02 percent.