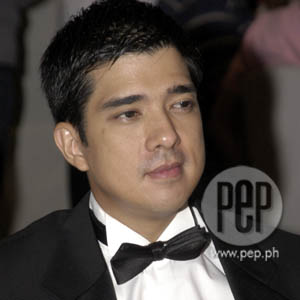 Supporters, friends, and family of Francis Magalona talk about how the Master Rapper lived his life to its fullest.

Francis Magalona's friends each gave their own testimonial for their comrade who had fought cancer for seven months. Bagets 2 co-star and now Quezon City vice-mayor Herbert Bautista was able to get to the Medical City early to be with his friend.

"He's a good friend, a true friend. Kiko is a big loss to the industry," said Herbert in an interview with 24 Oras.

Eat Bulaga! co-host and fellow rapper Michael V also remarked on how Francis became an inspiration to his life and helped him improve his craft as a performer.

Ogie Alcasid, who also arrived to visit Francis, said that he would rather talk about the good things regarding his friend. "When he was still sick, he told me, 'My friend, don't worry about me. I will have coffee with our grandchildren.'"

Those words from Francis made Ogie think on how strong-willed Francis was even in his situation. "I will remember my friend that way," Ogie said.

THE DABARKADS MOURN. Even if they knew that the day would come, Francis's Eat Bulaga! family just couldn't make themselves ready for the passing of someone so close. TAPE Executive Malou Choa-Fagar said: "When I heard, I was just pacing my room, still praying... But if it's Thy will, di ba?"

When Vic Sotto announced the news about Francis' passing today, he admitted later that he had a hard time finding his voice and how he would properly deliver the announcement to the public.

Joey de Leon, who could no longer fight the tears, said that he was in his car on the way to studio when he heard the news. "Actually, sa kotse umiyak na ako kanina," Joey said, his voice cracking. "Narinig ko...ngayon pinipigil ko...mahirap, e. Kaplasitikan lalo pag pinigil mo, e..."

STILL THE FUNNY GUY. Even with his health deteriorating, Francis still managed to joke around and text his friends with compliments. According to a tearful Pia Guanio, "Even in his hardships, nakapagpapatawa pa siya at concerned pa siya sa buhay mo. Nagte-text pa siya na maganda ang suot mo...or something trivial at that..."

On an endnote, the show must go on, and Vic couldn't help but comment on how that old saying must be applied, no matter how painful.

Click HERE to view PEP's tribute to the the Master Rapper Francis Magalona.