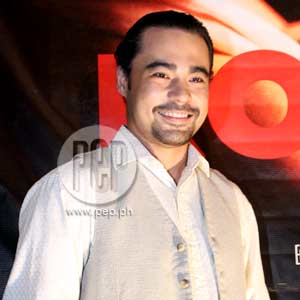 Award-winning actor Sid Lucero is currently in hot water after allegedly attacking a merchandiser and a female staff of a hardware store during the weekend.

Sid Lucero may face assault charges after a hardware merchandiser accused the actor of attacking him and a female staff stationed at the cashier last Sunday, May 8.

According to a report by ABS-CBN News, the victim identified as "Jun" noticed that Sid was already in a foul mood when he entered the hardware store to ask for an extension cord.

Jun recalled telling Sid that they had the said item on sale, to which the actor allegedly replied, "Marunong akong magbasa!"

The actor then reportedly called Jun when he was about to pay for the item. Without saying a word, Sid, according to the merchandiser, swung a punch, which landed instead on the cashier Rose Anne Arquilos.

Failing to hit his target, Jun alleged that Sid proceeded to grab him and then threatened him with a screwdriver.

Sid left the store after customers intervened and pacified the angry actor.

He returned after a few minutes to apologize to Rose Anne, but failed to do the same for Jun.

PEP.ph (Philippine Entertainment Portal) sent a text message this morning, May 10, to Sid's manager Ricky Gallardo, to get his comment or statement about the reported incident.

"We will issue a statement soon," Gallardo replied.

Sid will be part of GMA-7's upcoming primetime epic serye Amaya, which is slated to be launched at the end of this month.