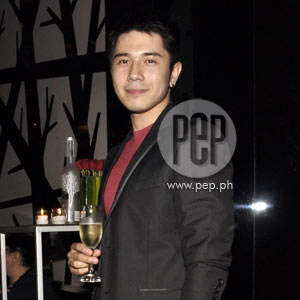 "Exciting, kinakabahan at masaya at the same time," discloses Paulo Avelino about his contract under Kapamilya network.

It's no longer a rumor—StarStruck 4 Avenger Paulo Avelino signed an exclusive contract with ABS-CBN on Monday, August 15.

It first came out in PEP Alerts on July 28.

A source told PEP.ph (Philippine Entertainment Portal) that Paulo would soon ink a deal with the Kapamilya network, and leave his supposedly upcoming afternoon series on GMA-7.

According to ABS-CBN News, Paulo said he is excited to be be included in the roster of Kapamilya stars.

"Exciting, kinakabahan, at masaya at the same time," disclosed Paulo.

What made him decide to be a Kapamilya?

"Gusto ko kasi mag-explore out of my comfort zone and at the same time gusto ko rin i-reinvent ang sarili ko as an actor, bilang isang artista," he responded.

Among the Kapamilya stars, who would he want to work with?

He was last seen in the Kapuso afternoon soap Alakdana and in the Cinemalaya entry Ang Sayaw ng Dalawang Kaliwang Paa.