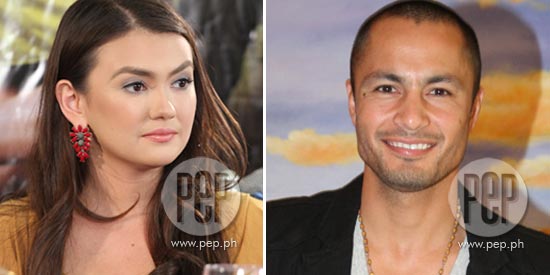 “I'm not proud of the breakup! How I wish things were different. I can't be selfish and consider only my feelings,” said Derek Ramsay on his Twitter account earlier today, May 14, confirming the end of his six-year relationship with Angelica Panganiban.

On his Twitter account earlier, May 14, Derek posted: “Guys we truly appreciate all ur concerns. Even though angel and I are no longer together we still have the utmost respect for one another.”

In his succeeding tweets, he said, “[T]here was no wasted time. I loved every minute we had together."

Prior to this, Derek admitted, "may pinagdadaanan kami,” in one of his interviews with Philippine Entertainment Portal (PEP. ph). He didn't mention what it was, but, “Angel and I are working things out."

Angelica, on the other hand, had been mum about it.

NO THIRD PARTY. What caused it?

Derek stood by his previous statement that there was no third party involved in their breakup.

It can be remembered that Angelica’s alleged involvement with fellow Star Magic star John Lloyd Cruz, who's also her co-star in an upcoming movie project, hit the headlines two weeks ago.

But Derek, along with some PEP sources, refuted this rumor.

His previous tweet read: “Be strong @IamAngelicaP. We all know who you are and that there’s no truth to what’s being said. I’m here for you if ever you need anything.”

Last May 4, he also cleared John Lloyd's name: “Guys pls don’t believe any of the rumors about angel and john Lloyd. They did scenes for a movie and that’s it. That’s the truth. Tnx.”

Meanwhile, after tweeting about the breakup today, some Twitter users claimed that Kapuso actress Sam Pinto has something to do with it.

Derek and Sam Pinto once worked together for the Octoberfest commercial of San Miguel.

He also pleaded to the public, especially, Twitter users who posted negative comments, “[S]top with the assumptions and pls respect our decision.”