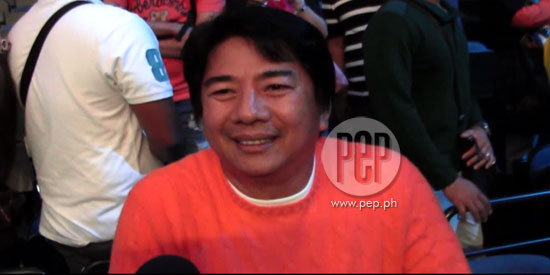 Willie Revillame's noontime variety show will have its fourth reincarnation if the host's plan to revive it early next year does not miscarry. The show started as Wowowee in ABS-CBN. When it moved to TV5, it was renamed Willing Willy, then changed to Wowowillie after a revamp. The show and its host have gained phenomenal popularity, particularly among the poor, because of the booties t

MACAU — Willie Revillame bared that he is reviving his game show, Wowowillie, early next year.

The controversial TV host said that he will take advantage of his lull from the daily grind to take a short vacation before he starts working on the revival of his program, which last aired on October 12 on TV5.

The 52-year-old host assured his followers that his game show—which gives away lot of prizes, mostly to the poor—will be revived soon.

Asked how he would go about looking for a new home after ending his relationship with TV5, his network of more than three years, Willie said he would give priority to the station with the widest reach.

After his fallout with TV5, there are doubts whether Willie can crash the already loaded programming of the giant networks GMA and ABS-CBN.

The Kapamilya network aired his noontime show Wowowee until 2010.

When told about the current refurbishing of the PTV compound, which includes a new-roofed entrance, the comedian quipped “Pati loob ayusin niyo na rin!”