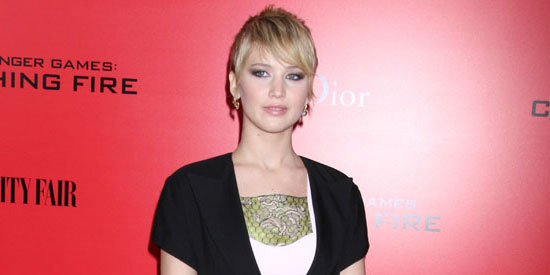 Multiple videos of Jennifer Lawrence engaged in sexual acts are set to be leaked online.

The person has stated they will post the videos in return for PayPal donations and they have already posted a PayPal email online which can be used to donate cash.

A statement has also been posted on 4chan by someone using the same username as the image leaker stating that they are not the original hacker who acquired the naked images of Jennifer and other celebrities but merely a "collector."

The post read: "I didn't take the money and run. Shit got weird once I started posting samples. AnoniB must have IP blocked me.. so i was spending all my time trying to find proxies, and then when I could get on this site was being hammered by everyone and I couldn't even post. I got some private requests through email but none every came through.

"People wanted s*** for free. Sure, I got $120 with my bitcoin address, but when you consider how much time was put into acquiring this stuff (i'm not the hacker, just a collector), and the money (i paid a lot via bitcoin as well to get certain sets when this stuff was being privately traded Friday/Saturday) I really didn't get close to what I was hoping.

"Mainly because of the extra bitcoin spammers spamming their own address.. taking my original posts and passing them off as their own to try and get bitcoin.. but also because of the skeptics. I proved I had s***, but people wanted more and more for free. Well, f**k, you can't get everything for free sometimes.

"Anyway, back to weird s*** happening when I posted samples.. someone was tracking me, trying to find me.. ISP kept cutting out. Weird emails coming in.. Kinda freaked me out and I had to leave for a couple hours."

The photos are believed to have been accessed by hackers who breached Apple's security measures for its online storage system iCloud.

Other stars embroiled in the naked image leak include Kate Upton and Mary E. Winstead.

A spokesperson for Jennifer, 24, confirmed the authenticity of the photos and revealed The Hunger Games star will be taking legal action against any website or media outlet that posts the images.

The spokesperson said: "This is a flagrant violation of privacy.

"The authorities have been contacted and will prosecute anyone who posts the stolen photos of Jennifer Lawrence."